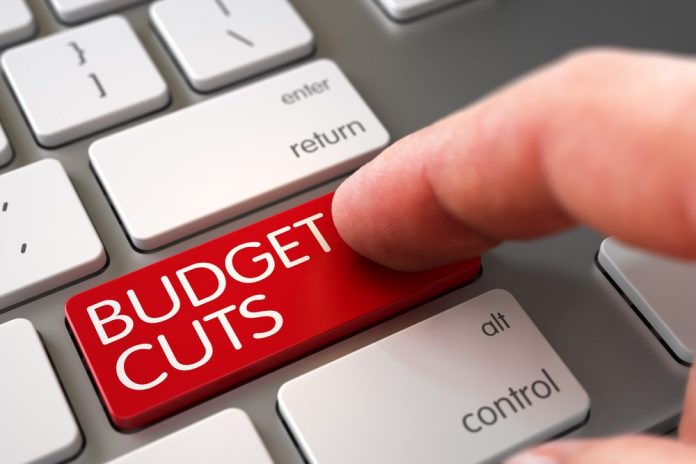 Despite putting a strict time limit on public comments, elected leaders found themselves treading through the somewhat troubled waters of summer festivals; or in reality, the controversial axing of popular sponsored events.

The city’s decision to no longer fund any special events, other than their July 4th celebration and a few small celebrations, has ignited outrage among small non-gaming businesses and for certain entertainment/restaurant operators.

This change in practice completely killed an era in Cripple Creek once known as “The Summer of Fun,” when the city partook in a slew of special events and festivities to attract more families to the area.

John Freeman, the owner of The Creek restaurant, came out swinging at a previous meeting, and cited more than 20 areas of concern regarding the city’s current policies, maintaining that the city is headed down the wrong path.

At last week’s meeting, Freeman toned down his comments considerably and complimented several members of the city staff for meeting with  him to discuss his concerns. Still, he insisted more transparency was  needed in the area of special event funding, and vowed to partake in the budget discussion more in 2022

Resident Jesse Willing, in comments submitted to TMJ,  was prepared to take serious aim once again at the city’s actions to kill events that residents enjoy and that help nonprofits and emergency service groups  “You take away funding for nearly every city event. You force these same individuals down the mountain to enjoy the same festivals and events they used to be able to walk to from their own homes and enjoy in their backyard,” said Welling, in comments submitted to TMJ.

But at last week’s meeting, he was restricted by the time clock and spent his time complimenting certain employees, such as Public Works Director Steve DiCamillo and Planning/Historic Preservation Coordinator Renee Mueller.

Councilman Mark Green, who has been the target of  much of this criticism, though, defended the city’s new no-special event funding policies. “The city has been doing the same thing for every year (in the last  several decades),” said Green. “There is a new movement forward.”

More specifically, he cited the city’s desire to operate more like a “sustainable business,” instead of just being a hand-out for special event operators that didn’t really benefit local businesses.

When addressing Freeman regarding the plight of small businesses, the councilman noted, “You have to have people in your business. We have 28 years of doing the same things. We are going to make this city grow.”

Green cited the large number of failed businesses over the last 30 years, and hinted that the city’s efforts to fund major festivals weren’t helping their situation.

Freeman, however, responded that  a number of small retail operators in Cripple Creek are questioning the current direction the city is headed for a town trying to promote tourism. He said they believe, “The city is moving in the wrong direction.”

This debate, though, was officially ended by Mayor Pro Tem Tom Litherland, who ran last week’s proceedings, and opted to close the discussion. This topic will undoubtedly continue at a future meeting.

In another heated topic and one that divided the council, the elected leaders found themselves split on a permit appeal from a couple in Greeley,  Michael and Sarah Janik, regarding a request for a business license.

The couple was seeking an appeal from an earlier decision to deny their bid for a short-term rental property on 317 Golden Avenue, due to the current moratorium the city imposed on these licenses. The moratorium was enacted last November due to the town’s shortage of workforce housing. Officials are concerned that an influx of these types of  (Vacation Rentals by Owners) VRBO-type units need to be studied more, as they could take away needed housing from local workers.

The city has approached a near crisis situation regarding the lack of affordable housing, a situation that seriously impacts casino employees.

But the Janiks argued that when they first purchased their property, this moratorium wasn’t in place and they relied on information they received from city officials at the time.

“We are not real estate investors,” said Michael Janik. “We are hard-workers.”

The couple sated that the short-term rental route would give them an extra avenue to defray costs from taking on an extra mortgage as a second home. They cited their love for the Cripple Creek area and desire to become part of the community. They noted that they started the home purchase prior to the city’s moratorium.

Several council members sympathized with their plight, but noted that their hands were tied to grant an exception. Even with extensive discussion, the council basically reached a stalemate over this issue.

As a result, the couple’s bid was basically denied due to the divided views, as they had to obtain a certain number of positive tallies.

On the upside, the elected leaders told the couple that this  moratorium is scheduled to expire in about four months.

In other city news, Ted Borden, director of the Aspen Mine Center, advised the council on the progress of the new  move into the reborn Madame June’s facility, near the courthouse, which will serve as a central service hub for many offices of the current Aspen Mine. The entire project, which represents nearly a $1 million venture, resulting from a major grant from the state Department of Local Affairs, is nearing a moving day scenario, noted Borden.

The new facility will be called AMC West and will house many of the service operations that currently occur in the Aspen Mine. The Aspen Mine will then become more of a community hub. This move is expected next month.