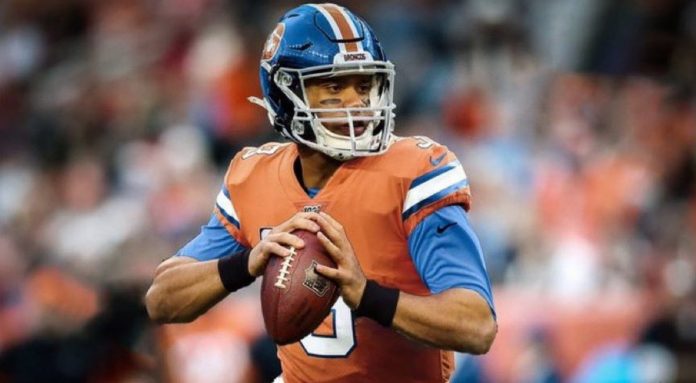 Is this a Good Deal or Another Broncos’ Bust?

In what most NFL prognosticators and talking heads are calling a “blockbuster trade” and the “biggest trade in NFL history,’ the Denver Broncos have acquired Seattle Seahawks Quarterback Russell Wilson.

For over a year now, Bronco fans have been sweating bullets, waiting to see if Green Bay Packers Quarterback, Aaron Rodgers would leave the great White North for the Mile High city. Rodgers is a lock for first round hall-of-fame induction when he calls it quits, and would have been a great addition to the Bronco locker room.  But according to sources, Wilson was the Broncos number one target all along for quarterback.

Wilson, who signed a $140 million extension with Seattle in 2019, has two years remaining on his current contract. The nine-time Pro Bowler is scheduled to earn $19 million in base salary next season and $22 million in 2023, with $5 million roster bonuses pushing his cap hits to $24 million and $27 million, respectively. He has no guaranteed money left on the pact. How much the Broncos will have to shell out in Wilson’s contract is yet unknown, but it will not be near the record breaking $200 million contract Green Bay Packers Quarterback, Aaron Rodgers just inked to stay in Green Bay.

Denver saved more than $12 million against the cap by landing Wilson and parting with the aforementioned players. The club is financially able ($26 million in remaining cap space) to absorb an appropriate financial commitment that aligns with Wilson’s goal of playing deep into his late 30s.

Most NFL insiders consider the price the Broncos had to pay for Wilson to be fair. Some are even calling it a steal, since Lock wasn’t even able to beat out Teddy Bridgewater in head-to-head competition for the starting job. Harris is getting long in the tooth and Fant has been criticized for being a lousy blocker.

Giving up all those draft picks is also hard to equate in value. Historically, the Seahawks have been really bad at drafting talent. The Broncos on the other hand have been very good in drafting quality players over the last few years.

The Broncos are still in pretty good shape for the 2022 draft. They still have seven picks in this year’s draft, including one in the second round, two in the third round, and two in the fourth round.

With new general manager, George Paton now calling the shots in the Bronco head office, perhaps his plan is to build the team from the free agency pool. There are rumors floating around that Von Miller, who was traded to the Los Angeles Rams last year, and is now a free agent, has expressed an interest in returning to the Broncos. Seattle cut Linebacker, Bobby Wagner, who is still a coveted defensive player.

Every Bronco fan knew this off season was going to be very interesting. The number one question for the team was the quarterback of the future. With Rodgers out of the picture, it was most interesting that the Broncos snapped up Wilson within a few hours of Rodgers announcing he was staying in Green Bay.