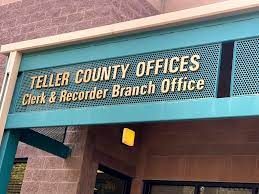 As a result of an error in a list of registered voters distributed by the Teller County Clerk’s Office, 77 individuals under the age of 18 may have received mail ballots for the April 5, 2022 City of Woodland Park municipal election. The Clerk and Recorder’s Office will promptly notify all of those who were mistakenly included on the registration list that the ballots that they may have received will not be counted in the municipal election because they will not yet be 18 years old as of the election date on April 5, 2022.

The error in the county’s list of eligible Woodland Park voters came to light on Friday, March 18, when parents of two of the minors receiving ballots contacted City of Woodland Park City clerk, Suzanne Leclercq. Following the county’s review of the voter registration list provided to the city, it was determined that minors who pre-registered to vote when earning their driver’s licenses were inadvertently included on the list.

“The Clerk and Recorder’s Office regrets the error on the voter registration list provided to the City of Woodland Park,” said Clerk and Recorder Krystal Brown. “Both the county and the city are deeply committed to election integrity. The two entities are working closely together to see to it that none of this impacts the city’s election.”

Both the county and city election officials emphasized that, should any of the mistakenly distributed ballots be received by city election judges, they will be screened, not opened, and not counted in the vote tally.