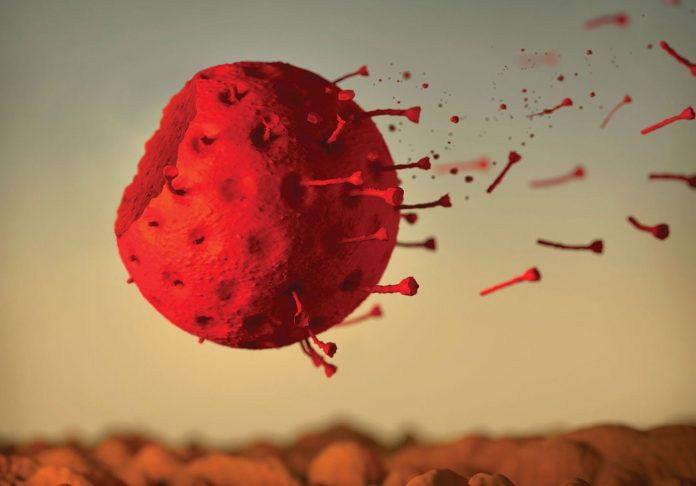 Teller County is joining the national and state reprieve from the COVID-19 pandemic assault, with  the surge of new cases finally starting to significantly drop off.

The big question:  Will this scenario remain?

In fact, in the last couple of weeks, several states have lifted their mask mandates leaving only a few places in the U.S. where masks are required. The nation’s leading health officials are even saying that COVID-19 is no longer “a constant crisis.” Officials from the Centers for Disease Control and Prevention have indicated the government is contemplating a serious change in its mask guidelines.

This is part of a trend that started in mid-February.

Locally, Teller County may finally sigh a big breath of relief when it comes to COVID-19 numbers. According to the city of Cripple Creek’s report, February’s case count numbers have continued to drop.

In January, the county had one of its worst COVID months as new cases numbers rose to frightening levels. But the significant drop this month could indicate that the worst of the Omicron variant wave is behind us.

However, the county did report one new COVID-19 related death in the past two weeks, which brought the total mortality count to 55 since March 2020. As of Feb. 18, the county had 4,640 total cases which was only an increase of 39 new positive tests from the previous week.

More good news is that the county is doing better on all three of the major metrics used to assess the COVID situation from that of the previous week. For example, the one week cumulative incident rate is now in the yellow designation compared to January when the numbers were elevated to the red and orange levels. This is a dramatic improvement

The one week cumulative rate last week was 141.3 which improved from the previous week which was 161.4 cases per 100,000 people on a per capita basis. The two week cumulative incident rate has also significantly dropped.

Last week, the two week cumulative incident rate was at the orange level at 306.7. The week before the county was in the red, rated as a real danger area, when it came to this metric at 750.7.

The one week positivity rate has also been steadily dropping for the last few weeks. The current figure at 6.3 percent puts Teller in the yellow level ,which was a drop from the 7.1 percent positivity rate recorded the week before.

When examining  the numbers since the pandemic began in March 2020, this month could be viewed as the most significant drop in new cases the county has experienced. Last January, Teller saw the worst new cases numbers it has recorded since the onset of the disease.

The county had recorded a total of 960 new cases. New case numbers have not been that high since fall of 2021 when new cases numbers hovered between 350 and 450 per month.

The records show the daily case numbers in the county have finally dropped to similar numbers from   last summer. During the month of February thus far, there has only been one person hospitalized from the disease. Since the pandemic started the county has seen a total of 310 hospitalizations.

However, testing sites are still open in the county for anyone who experiences COVID-19 symptoms and wishes to get tested for the disease. The county testing center at the Pikes Peak Community Club in Divide is open on Mondays from 12:30 p.m. to 4:30 p.m., and Wednesdays and Fridays from 10 a.m. to 2 p.m.  A site is also available outside the Cripple Creek Parks and Recreation facility, from 9 a.m. to 6 p.m. Monday through Friday.