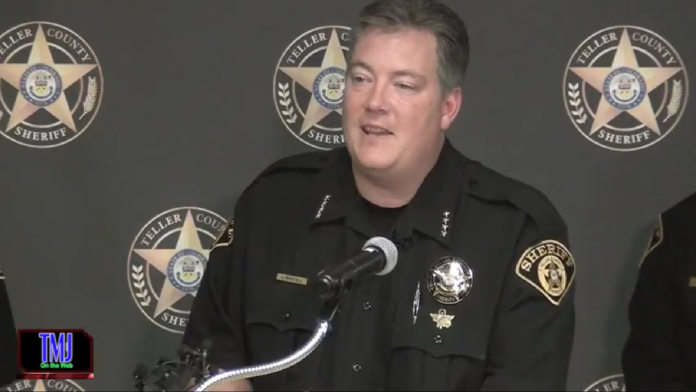 Forget the image of rural Teller as a mountain, Mayberry R.F.D. paradise with little crime.

Those days are over

That message was relayed loud and clear by Sheriff Jason Mikesell, at last week’s county commissioners meeting. Mikesell hinted that he plans to organize a press conference shortly with representatives of the local media as he continues to signal the red alert button regarding the increase in violent incidents and dangers his law officers are facing.

Mikesell said that agency vehicle pursuits are no longer done by the sheriff’s office, unless a violent incident has occurred.

A big problem identified by Mikesell deals with the state’s more lenient policies regarding the retaining of inmates and the lack of proper probation  monitoring.

Last week, he cited a litany of incidents that have commanded much attention. He noted that several of his officers have faced more incidents of bodily harm and are even getting shot at occasionally.

This theme is resonating by law agency leaders across the state.

In fact, last week the County Sheriffs of Colorado, the Colorado Association of Chiefs of Police and other groups took exception to new state proposals and noted that current policies are aimed at favoring offenders “over victims and public safety.”

In a letter, these organizations outlined an “anti-law enforcement sentiment” invading policy discussions at the state capitol.

“We ask that elected officials such as yourself and state legislators recognize how recent legislation and policy changes have directly contributed to rising crime rates and struggle to recruit and retain officers,” said these pro-law enforcement groups in a letter submitted to the state last week.

Mikesell  has stressed this point repeatedly at local forums, and raised this issue during a visit by Governor Jared Polis. Escalating crime rates have raised many concerns by law department leaders across the state.

As a result, law enforcement officials say they are having tougher times in recruiting officers.

Advocates of the changes  say that  more emphasis should be placed on treatment and putting more  money into necessary resources, and dealing with the social issues that cause people to get into  trouble with the law.

Mikesell indicated that more information is forthcoming on this issue from his office. Public safety legislation is cited as a big area of concern on the state’s radar.