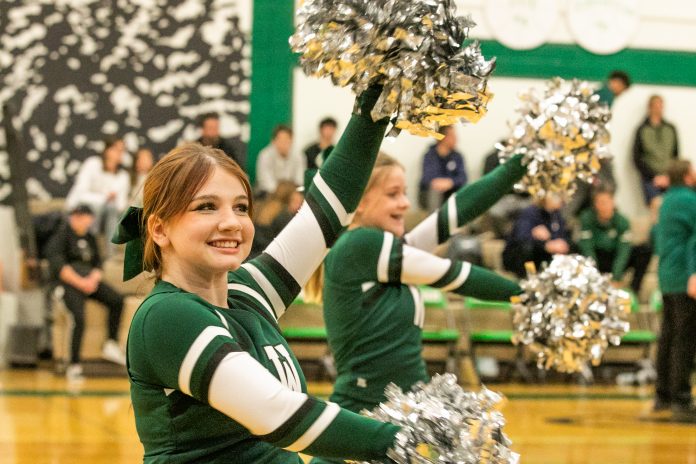 Here are a few highlights of local teams and their prospects of partaking in post-season play.

As far as team sports go during the winter sports season, the hockey team could turn out to be the most successful.

The Ice Panthers are doing quite well this year and they have a possibility to win their league for a second season in a row.

And if they take their league’s top spot this year, they are guaranteed postseason play. Last year, they missed the playoffs even though they won their league due to pandemic related changes in how playoff teams were picked.

On Jan. 22, the team lost a big match when they fell to the current league champions the Cheyenne Mountain Red-Tailed Hawks 8-00. The Panthers are now sitting in second place in their league with a 4-5-1 overall record and 3-1-1 league record.

The team has seven more games to play, but only three of the teams are in their league. If the Panthers want a chance at winning their league, they must win all of their remaining division matches.

However, their venture to the post season could prove to be easier said than done. This Friday, the Panthers take on the undefeated Red-Tailed Hawks on the road, which will be perhaps their toughest match of the year. The Panthers then play Rampart next Monday. Rampart is only one spot behind the Panthers in league action.

So far this season it is safe to say the Panther boys’ basketball team has shown some improvements from previous years. The last few weeks of the season will determine whether the boys will see post-season play in 2022.

Currently, the team is 7-7 overall and 4-3 in their league. At the time this article was written, the boys were third in their Colorado Springs Metro League sitting behind Palmer who is in first place and Mesa Ridge who is in second.

Last week, the Panthers only played one match against their league opponent, the Colorado Springs Christian School, which they won 50 to 42. This week, the Panthers take on Banning Lewis at home on Wednesday and then James Irwin on the road on Friday.

Ultimately, how the Panthers do in their final five games of the season will determine whether or not they are playoff bound. All of their remaining matches are against league teams. So, if they win out, they could have a chance at going to the state championships.

Offensively, junior Sonny Ciccarelli leads the team with 235 points, 18 offensive rebounds and 32 assists. The next best on offense is sophomore Caden Howard who has scored 126 points, picked up 19 offensive rebounds, and made 33 assists.

The girls so far have not quite fared as well as their male counterparts, but they have still won some key matches. The team’s coach Craig Macari, has said that the team is still young, but he has seen some significant improvements this season.

The team’s overall record is 4-10 and their league record is 1-4. The girls are currently in fifth place in their league, making any chances of going to the playoffs slim.

Like the boys, the girls only played one match last week against Colorado Springs Christian School, but they lost on the road 68 to 17. The girls play Banning Lewis Academy on the road on Wednesday and James Irwin at home on Friday.

The Lady Panthers also have five games left which are all league games. Luckily, the girls don’t play Canon City or Mesa Ridge for the rest of the season as both teams are undefeated in league play.

At this point in their season, junior Bella Slocum leads the team in scoring with 140 points. She has also picked up a total of 180 rebounds, 28 assists, 56 steals, and 21 blocks. Junior Sydney Roshek has also had a stellar season with 103 points and 74 rebounds.