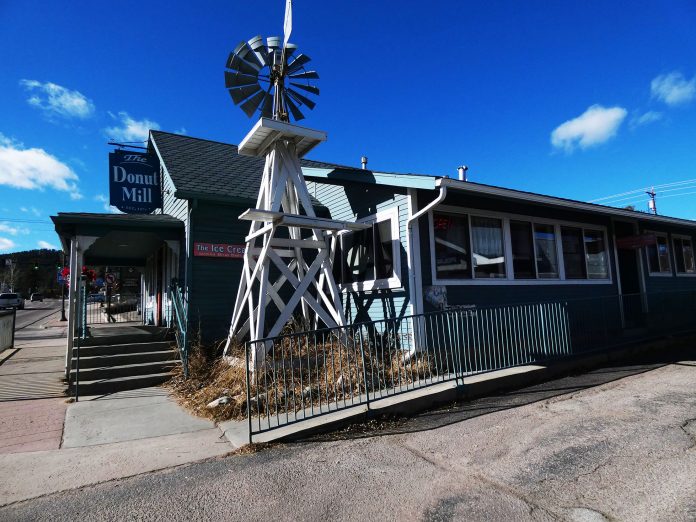 In the last couple of years, Teller County is becoming more and more of a culinary hub. With new eateries constantly popping up, many local residents still appreciate some of the areas gems that have been around for decades

The Donut Mill in Woodland Park was first opened as a restaurant in 1977 and to this day it is a popular spot. Locals of the town frequent the business as well as tourists and those who pass through the town. 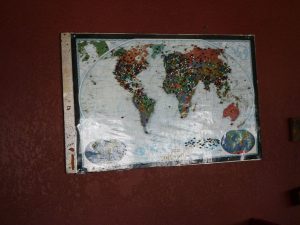 In the past several years, the Donut Mill has become a famous place to stop for residents as they head on their way to Cripple Creek, mountain recreation spots, or ski resorts. In fact, the eatery has become so famous over the years that a map inside it shows visitors from all over the world. 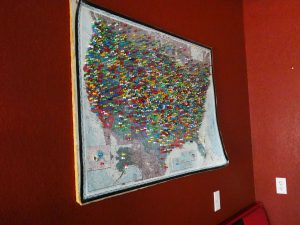 According to the Donut Mill’s owner Michael Sturdevant, the building was first built as the home for the Colorado Midland Railway Terminal’s Stationmaster in 1896. In 1911, Stationmaster John Webb and his wife Annie purchased the home and lived in it for several years as they raised their five children.

According to an article published by the Pueblo Pulp, after the Webb family moved out, the building served as a real estate office and a craft store. Then in 1977, Bob and Marcia Kinner purchased the building and turned it into the Donut Mill. 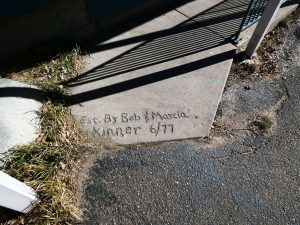 When Bob Kinner bought the building he dreamed of purchasing a windmill for it as a way to credit the Dutch influence he brought into his baking style. Eventually Kinner purchased a windmill from a farm in Divide which still serves as the eatery’s landmark today.

For the next 25 years, the Kinners operated the business and became famous for making their handcrafted donuts and biscuits and gravy. Sturdevant purchased the business in 2009 and he still uses the original recipes crafted by Kinner including a delicious three pound cinnamon roll.

Sturdevant said that he strives to continue the Kinners’ legacy by providing fresh food made by a baker that has worked for him for the last 18 years. “Everything in there is made fresh daily,” Sturdevant said. “So, nothing is imported, from the burritos to the kolaches, we make it all by hand inside the restaurant.” 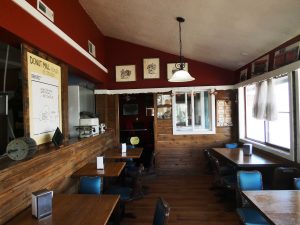 When the Waldo Canyon Fire struck in 2012 forcing the closure of Highway 24, Sturdevant said they were baking their products at another location in Colorado Springs and bringing the items up to the Donut Mill. But, ever since then the eatery has returned to baking everything on location.

Sturdevant was formerly the chief baker of the RMS Queen Mary in the 1960s. Since then, Sturdevant has owned a total of 14 restaurants including some in Colorado Springs, England, California, and New Mexico. Sturdevant and his wife Stacy also purchased the Crystola Roadhouse just east of Woodland Park in 2019. 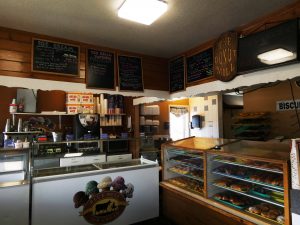 The Donut Mill’s Fame Helps them Get Through the Pandemic

After being open for over four decades, the eatery has developed quite a name for itself. Combined with its fame and loyal staff, the eatery stayed alive through the shutdowns of the pandemic.

“One of the problems with the pandemic was the lack of staff,” the owner said. “Luckily, my baker has been with me for 18 years so when people came in, at least we had the product to sell them and we had the staff to handle it. But I think the history of the Donut Mill was our saving grace.”

He said that he has personally heard several accounts from people who absolutely love the Donut Mill. “A few months ago I got a call from a gentleman from Scranton Pennsylvania,” Sturdevant said. “He was asking if we were open because he wanted to come out. He said he had a picture of the Donut Mill behind his desk and when he was having a bad day that’s what he would look at.”

Overall, the owner said that he thinks his business’ history and reputation was the key to surviving the unprecedented hardships of the last couple of years. He said that his struggles now have to do with problems getting the products he needs to prepare the items on his menu.

This article was previously published by The Maverick Observer