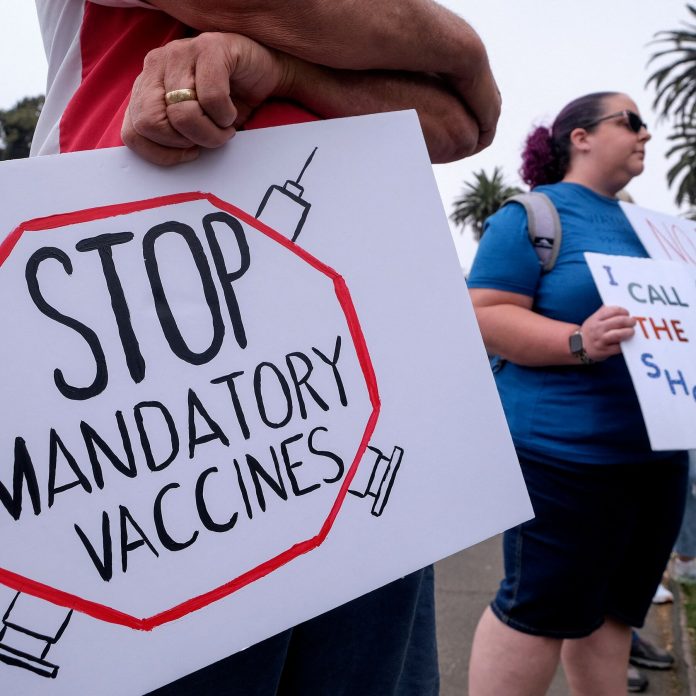 Although it’s still too early to cast any bets, the wagering odds are that Cripple Creek casinos, the city of Cripple Creek and larger business enterprises in Teller County may score an economic win with last week’s decision by the Supreme  Court blocking President Joe Biden’s COVID-19 vaccine/testing mandate.

Or, at the very least, certain large businesses, which would have been seriously impacted by the new rules, affecting an estimated 80 million employees across America, gained a slight temporary reprieve.

The new requirements were scheduled to go into effect early last week, until the justices blocked the rules, which were to be enforced by the Occupational Safety and Health Administration (OSHA). Under the president’s rule, companies with 100 or more employees, required vaccines or testing for their workers.

But from a health perspective, the verdict is undetermined, as Teller County is still recording a low vaccine percentage of eligible individuals. COVID cases are rising, but not by any more than state trends. The positivity of rate of those tested has also skyrocketed, but hospitalization numbers are remaining steady.

On the upside, local testing sites have increased, with a new test area established outside the downtown park and recreation center in Cripple Creek.

These are the latest developments on the COVID-19 front, highlighted by last week’s Supreme Court decision.  In a 6-3 ruling, the high court maintained that the largescale vaccine mandates posed an improper imposition on the lives and health of many Americans.

President Biden has expressed disappointment with the ruling, and contends that it is now up to states and employers to decide whether to require workers “to take the simple and effective step of getting vaccinated.”

On the surface, this appears to be good news for large casino operators in Cripple Creek and the other Colorado gaming communities, which were challenged by the rules.

In an earlier meeting in late 2021 between the Cripple Creek City Council and the local gaming industry, several operators stated that these federal mandates would seriously impact the local industry, already suffering from a serious employee and housing shortage.

One local casino manager even stated that their company may be faced with the decision of picking which gaming establishment to shut down, mainly because of the strain of staffing establishments with enough vaccinated workers.

City officials in Cripple Creek too conceded that the federal vaccine and testing mandates posed probably the biggest economic obstacle for the local industry. Most insiders saw this rule as exasperating an already serious worker shortage.

Ultimately, the OSHA rules, which were tossed around at various court arenas before being reviewed by the Supreme Court, may have torpedoed the city’s bid to increase device fees. The city has faced declining revenue since the COVID-19 epidemic, as the number of betting devices housed by gaming establishments has significantly declined since COVID. The fees  assessed on gaming devices locally are the main funding tool for the city government. At last week’s commissioners meeting, Cripple Creek Mayor Milford Ashworth stressed the fiscal challenges facing the city, saying the town now sports less than 3,000 betting devices and games.

The city will hold meetings in late winter and early spring to decide if these fees should be raised.

The blocking of this federal mandate may clear the pathway slightly for the city to impose these fees, or at last to consider them.  If the mandate was seriously enforced, this would have provided a big hurdle for the city to raise these costs for casino operators.

The local device fees have not been raised for 30-plus years.

Although blocking the mandate on private businesses, the high court, in a close 5-4 vote, agreed to permit the federal health care vaccination mandate to move forward. This requires vaccinations for about 10.3 million workers at 76,000 health care facilities nationwide, including hospitals and nursing homes that accept money from Medicare and Medicaid government health insurance programs for elderly, disabled and low-income Americans.

The federal mandate situation regarding COVID protection is still a political time bomb. The possibility still exists that Colorado Governor Jared Polis could impose a state-wide vaccine mandate, affecting private employers. But based on his comments in recent months, this possibility appears unlikely.

Teller County is far from out of the woods in grappling with COVID-19, with a definite surge in cases this month.

According to the county’s website, Teller, as of the  last report (prior to press time) had close to 4,000 COVID cases and 54 related deaths. The county has gotten hit with 99 cases within a several-day period (between Jan. 11 and Jan. 13), according to their website. Since the beginning of this month, the county has recorded more than 180 cases. Its most recent seven-day recording number on a per capita basis was lingering at 376 per 100,000 people, which is a number of some concern. In addition, its positivity rate among those tested has exceeded the 20 percent mark.

Overall, these statistics indicate a new dangerous spike in cases, but run parallel to state trends, dominated by the spread of the Omicron variant. Probably the biggest troubling statistic is the fact that less than 55 percent of eligible adults and kids in Teller County have received the COVID vaccinations.

On the upside, the Teller County commissioners reported that the hospitalization numbers for Teller residents inflicted by COVID are relatively stable.

That is the good news regarding the Omicron, as it has spread rapidly but hasn’t proved nearly as fatal as the Delta variant.