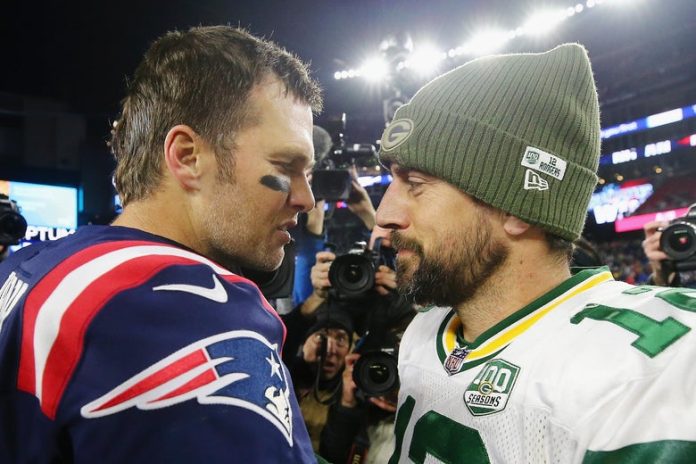 Who Will Be the Final Two?

It’s been a heck of a year in the NFL, but when the smoke cleared, the usual suspects are back in the playoffs for the most part.

As most of us know, the Broncos have been out of the playoffs since their loss in Week 17. The team solidified their losing record with a brutal defeat at home against their division rival, the Kansas City Chiefs 28-24.

The good news is, the team fired Head Coach Vic Fangio shortly after their season finale loss. Bronco fans everywhere are hopeful that a change in leadership will lead to good things in the near future.

The perennial powerhouse Green Bay Packers have clinched the number one seed in the NFC and are rewarded with a bye in the first round.

The first wild-card game will be between the number 7-seed Philadelphia Eagles and the number 2-seed Tampa Bay Buccaneers. The Eagles Quarterback Jalen Hurts has made a big splash with his tenacious running, and is arguably the reason the Eagles are even in the playoffs. The Eagles finished the season with a 9-8 record. But, the Bucs have Mister Ageless, Tom Brady and a smash mouth defense. The Bucs went 13-4 for the season, and they should win this one.

Next on deck for wild-card weekend in the NFC is the number 6-seed, the 10-7 San Francisco Forty-Niners taking on the number 3-seed, the 12-5 Dallas Cowboys. The Cowboys’ Quarterback, Dak Prescott could be the come-back player of the year. Prescott suffered a compound right ankle fracture that ended his 2020 season. He’s come back firing on all cylinders this season. The Niners’ Quarterback, Jimmy Garoppolo has had an up and down season, and has dealt with some injuries. Both of these teams have had their share of setbacks, but here they are vying for a spot in the big show. The Cowboys win this one in a blowout.

The final NFC game in wild-card weekend is between the number 5-seed, 11-6 Arizona Cardinals and the number 4-seed, 12-5 Los Angeles Rams. The Cardinals started out hot behind Quarterback Tyler Murray, but lost a few heart breakers toward the end of the season. The Rams have remained steady all season long behind Matthew Stafford at quarterback. The Rams will most likely win big.

The AFC Horse Race without a Bronco

The Tennessee Titans clinched the number 1-seed in the AFC, giving them the bye for the first round. The Titans were a big surprise this year. They lost their big gun running back Derrick Henry early in the season, but Quarterback Ryan Tannehill and his crew managed to keep the boat afloat somehow, and here they are at the top of the heap in the AFC.

The battle for all of the wild-card spots in the AFC was fierce and long. We didn’t find out who was playing who until late last Sunday night when the Las Vegas Raiders and the Los Angeles Chargers went to battle. The Pittsburgh Steelers were all sitting at home watching this brutal match to find out if they were going to make it to the wild-card games. But, since the Chargers/Raiders game didn’t end in a tie, they are in.

The first round wild-card game is between the number 2-seed, 12-5 Kansas City Chiefs and the number 7-seed, 9-7 Pittsburgh Steelers. This match will be Steelers’ Quarterback Ben Roethlisberger’s last hoorah. He’s retiring at the end of the season whether or not the Steelers go far in the playoffs. Wouldn’t it be something if the old man makes to the Super Bowl?

Next up in the AFC wild-card race is the number 3-seed, the 11-6 Buffalo Bills and the number 6-seed, the 10-7 Las Vegas Raiders. The Raiders fought off a huge deficit to get here and they weren’t going to go away without a fight. Last Sunday night, they battled the Chargers tooth and nail, and the game went into overtime, tied 29-29. The Raiders marched down and kicked a field goal 32-29. The Chargers answered with a field goal and tied it 32-32. The Raiders answered again with the winning field goal with 2-seconds left in overtime. The final score was 35-32. This game may have been the best fight for a wild-card spot in NFL history.

Bills Quarterback, Josh Allen took a while to get his bearings in the NFL, but this is the second year in a row they won the AFC East title and his second year in the playoffs. This game is a toss-up.

The last AFC wild-card matchup is between the number 4-seed, 10-7 Cincinnati Bengals and the number 5-seed, 10-7 New England Patriots. The Pats are another surprise contender this year. They lost Mister Ageless, Tom Brady to the Bucs last year and Rookie Quarterback, Mac Jones stepped right in Brady’s shoes and took the Pats to the playoffs. This game is anybody’s guess, but I’m thinking the Bengals’ Quarterback, Joe Burrow will send the Pats home losers. The Bengals win this one in a close bout.