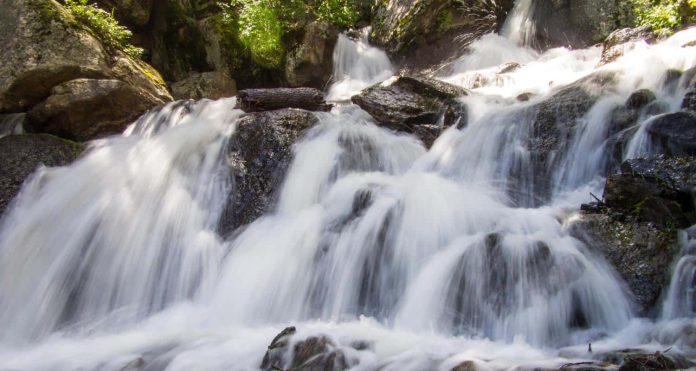 It’s not quite official, but the closed signs can soon come down; and prime hiking from the heart of GMF to the Pikes Peak reservoirs, up and down one of the most popular routes in the region, can resume again.

Well, actual trail access may have to wait a spell, while the cold weather lingers.

Last week, the Green Mountain Falls Board of Trustees gave the thumbs-up to the plans proposed by the Parks, Recreation and Trails (PRT) subcommittee for reopening the ever famous Catamount Trail due to the resolving of an apparent property dispute.

At the same time, the board fell short of taking final action, until they see actual paper work. However, elected leaders don’t see any major remaining hurdles.  “That is a pretty minor hiccup,” said Mayor Jane Newberry.

In fact, they previously noted that the inability to follow certain legal steps by a former trails’ committee, regarding the original construction of the route, may have led to the current situation.  But across the state, many popular hiking routes have become victimized by land owner disputes.

The reopening of the trail was facilitated by the Historic Green Mountain  Falls Foundation (HGMFF), which purchased seven acres of land from Darrel Smith, ending a property dispute that closed down the trail in mid-August. This closure seriously stifled hiker and visitor traffic, as  many now come to GMF to hike this route, which offers a safe and scenic trek to downtown GMF to the Catamount Reservoir. It was constructed years ago, involving a major project by Volunteers for Outdoor Colorado.

Before this project, hikers had to reach the reservoir area by basically climbing up the Catamount Falls, a trek that often caused injuries and accidents.

Residents, visitors and business owners will welcome the removal of the trail closure signs, which have created much confusion.

Last week, Jay Kita, vice-chairperson of the PRT, gave an update on the purchase and even put to bed previous reports of concerns by the U.S. Forest Service.

Kita urged the trustees to reopen the trail, citing action taken to purchase property by the HGMGF, including a disputed portion at the beginning of the Catamount Trail. More importantly, the PRT wants to remove all trail closure signs on Hondo and Belvedere and at the trailhead.

Kita also gave an update on the review of the route by the U.S. Forest Service.

Obviously, the Catamount Trail, due to its narrow setup configuration, couldn’t meet this objective, nor did many of the trails in Manitou Springs.

Kita reassured the trustees that the U.S. Forest Service has not objected to the reopening of the Catamount Trail.

The trustees agreed and made it clear they welcome the trail reopening, but just want to make sure all proper legal steps are taken. They advised Kita to consult with Jess Stroope, the committee chairman and a key representative of HGMFF, regarding the specific paper work that needs to be submitted

Stroope was involved in an earlier local trail dispute, involving the popular Mt. Dewey route, which got temporarily closed in 2020

It was in with the new and the announcement of yet another key GMF resignation.

Becky Frank and Nathan Scott took the oath last week as GMF’s new town manager and clerk/treasurer  respectively.  They were both the finalists for the town manager position. Frank, who most recently served as the deputy director of Teller County’s Office of Emergency Management, got the top nod.   But the trustees agreed to hire them both, as Scott became the town’s clerk/treasurer.

Frank and Scott headed an information session for potential candidates for office in Green Mountain Falls in April. Up for grabs are one mayoral two-year seat, and three trustee positions, two of which are four-year terms, and the other a two-year term.

In another major announcement, Marshal Virgil Hodges announces he is stepping down in March as part of a plan to retire. He stated that he would work with the trustees in picking a replacement and wants to spend time with the new marshal. “It has been a Hell of a dance,” said Hodges, in describing his stint with GMF.

“No one can replace you,” replied Newberry. She noted that Hodges played a major role in furthering the goal of having more community-policing in GMF. The mayor said the atmosphere between the marshal’s office and many citizens/trustees was strained before he came on board.

Hodges said his law enforcement philosophy was “to fix rather than enforce.”  Hodges was hired to take the town’s law enforcement reins in 2017. For a number of months, the town operated without a marshal, and relied on support from El Paso County.