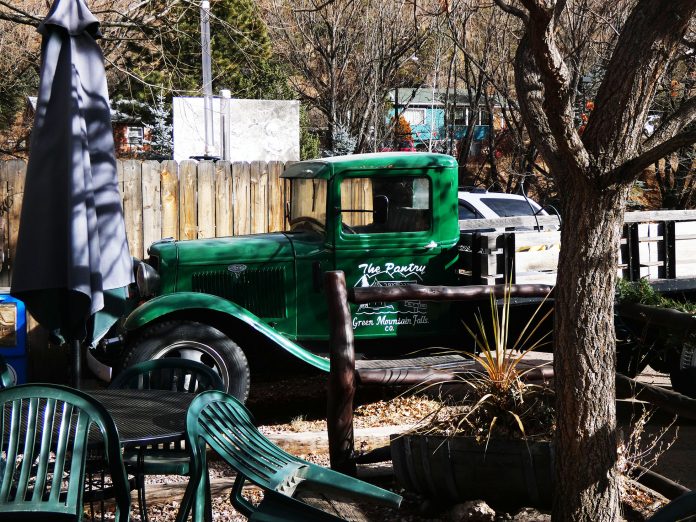 Lately, it seems as if the Pikes Peak region has been gaining a new restaurant about once a month, giving area residents plenty of options when choosing to eat out.

However, many locals still like to frequent the restaurants in the area that have become local gems over the years. 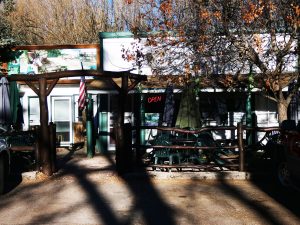 The Pantry in Green Mountain Falls has been a popular place for both locals and visitors for several decades. Some choose to swing in for breakfast as they are headed west to the mountains for recreation. Locals also seem to frequent the eatery year-round.

The restaurant is most famous for its large portions of handmade breakfast dishes such as their famous omelet and their signature cinnamon roll French toast. But it also serves delicious lunch items from burgers and sandwiches to their old fashioned pot roast and fish filet platter. 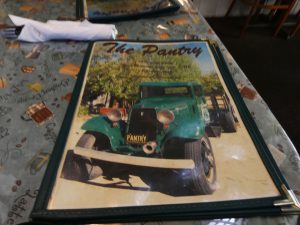 According to an article published on the Only in your State website, the restaurant opened its door in the 1950s as a bakery. Since then, it has turned into a full service restaurant that is open for breakfast and lunch.

According to the business’ owner Ben Stephens, he bought the eatery 20 years ago when he went through a drastic life change. 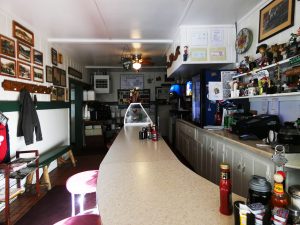 “I got divorced when I worked for the city of Colorado Springs and I left them after 17 years and I was 48,” Stephens said. “My life kind of fell apart and I started over. So, I started looking for a small business. I just fell in love with this place even though I had never worked in a restaurant in my life. I liked the town and I liked the way it was set up. I used to eat in a lot of diners out here and I wanted that kind of life.”

The owner said that one thing that keeps his business popular is the fact that it has been around so long. He said that he has had three generations of families eat there because people remember going there with their grandparents years ago. 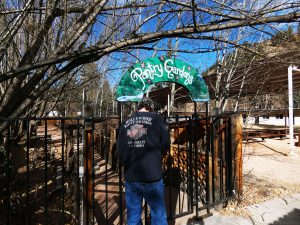 During the summer, the Pantry opens up its patio in the back that has a creek running through it for diners. The eatery used to have a breakfast buffet out back, but now they offer their full menu on their patio during the warmer months with live entertainment by the same performer that has been there for 18 years. 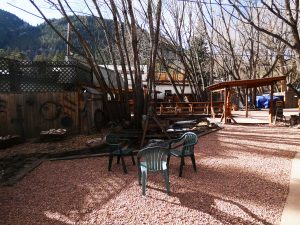 Stephens said that despite the shutdowns, the business was able to stay open at a limited capacity. “We just did ‘to-go’ orders and we did a good job with it,” the owner said. “People helped us out. The people in the community came in here and took care of us.”

One factor, though, that has recently affected the restaurant, is rising food costs. Stephens said that he has also had a problem finding items recently such as hash browns and chicken breasts.

The owner said that the prices of some of the eatery’s staple ingredients for cooking breakfast and lunch have drastically increased over the past several months. “Eggs have gone from three cents to 33 cents apiece,” Stephens explained. “And, bacon has gone up over 40 percent.”

Stephens said that another problem he has experienced deals with the town’s new paid-parking system that was implemented last summer. He said that he has received numerous complaints from longtime customers of his about the paid parking.

He said that the new  initiative didn’t affect The Pantry much last summer because people did not know about it yet. However, he is afraid that the town’s new parking system will negatively affect his business next summer because many out-of-town customers will choose not to come back.

Stephens said that he thinks the new paid parking system unfairly affects his business because it is one of the only operations in town open during the day time. “The only person it really affects is me,” Stephens said.

The Pantry Remains a Local Gem