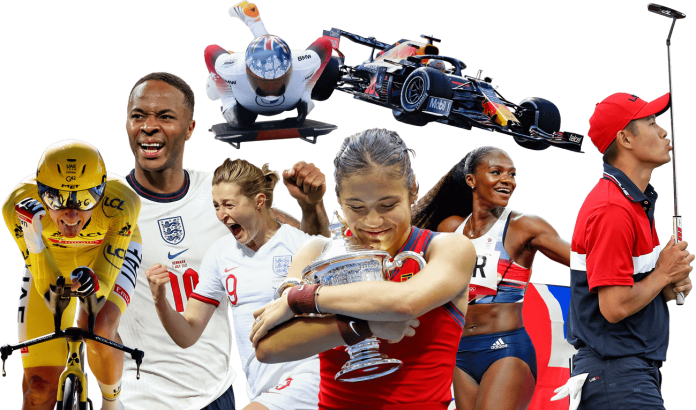 In 2022, expect more to become competitive at the state level. In fact, Woodland park could become a well disguised powerhouse. Sports-wise.

The volleyball team has been stellar for the last three years as they have taken first or second in their league and qualified for regionals. They have yet to win at regionals and move on to the state championships, but expect that to change soon.

The team’s coach Stacy Roshek said that she tried to schedule more non-league teams that were better than teams in their league to prepare the ladies for regionals. Expect the rather young team to continue to improve playing against the tough teams. It is likely that the girls could go to state in the near future.

The high school’s marching band qualified for state this year and expect the band to get better at competitions under the reins of band director Jeffrey Hemingson. The cheerleaders have also done well recently as they got fourth in 2019, third in 2020, and second in 2021. Many of them have said that their goal is to take the first place state title next year.

During the first part of the year, wrestling could become a major sport to watch. Senior wrestler Brady Hankin will be vying to win his fourth state championship in a row and many say that he has a really good chance. The words:  Olympics superstar are starting to get thrown around.

The boys’ basketball team under the new leadership of coach Brian Gustafson is another sport to keep an eye on. The team has started out decent and many are optimistic towards what Gustafson will bring to the courts after having college basketball coaching experience.

The girls’ basketball team could also be another one to watch in 2022 and beyond. The team’s coach Craig Macari is happy with what he has seen from the team so far and good things could happen in the future.

The Panther football team is another one that saw a change for the better last year. The team did not make the playoffs, but they did win all four of their home games in 2021.

The team’s new head coach Chad Drummond will be back next year and he will try to improve his “ground and pound” style offense, once used in the heydays of the Pittsburgh Steelers.  In 2021, the team had several younger players that stepped up and played good ball. Expect those young stars to come out and shine in 2022 and beyond.

For pro sports teams in our area and state, the future prospects are somewhat mixed for 2022.

Last year, the Rocky Mountain Vibes baseball team made an unprecedented move when they decided to make a contract deal with the Acereros de Monclova to be a farm team for the Mexican Baseball League. During the last season, the Vibes team produced a number of players that moved up to the Mexican league team and some that signed on with MLB teams.

This year the Vibes will enter their second season with the contract when they start playing games on May 23. Look for another season packed full of events centered around giving fans a good time.

Hopefully, Vibes fans will get to see the team improve on the field as last year they finished as the worst team in the Pioneer league. For this season, there were two more teams added to the league, giving the Vibes another Colorado team to go up against.

The Northern Colorado Owlz will be playing their inaugural season at their new field in Windsor, CO. Kalispell, Montana also gained a Pioneer League team that has not yet been given a name.

The Vibes will start out their 2022 season playing five games at home against the new Kalispell team. They then hit the road for a six-game stint against the Northern Colorado Owlz.

Expect to see some improvements coming from the team this year as the team gets more accustomed to playing ball in the United States. With the league adding two new teams this year, the Vibes have a chance of using their one year of Pioneer League experience to their advantage.

For the Colorado Rockies, enjoy the scenery at Coors and the party atmosphere, and baseball at possibly one of the best traditional parks in America. Maybe that’s why they had the 2021 All-Star game there, after Atlanta got the boot due to the state’s stand against voting rights. It looks like another rebuilding year in 2022 for the Rocks, although they have sported surprisingly good pitching. Fans most likely won’t get another chance to see shortstop ace Trevor Story, who undoubtedly will be traded.  The Rockies finished last year with a 74-87 mark, and will be lucky to beat that mark in 2022.

There are basically no expectations for the Rockies this year. It doesn’t help much that they reside in probably the roughest division in pro baseball.

Meanwhile, basketball and hockey seasons are seriously being impacted by COVID, which is becoming a curse for professional sports.  Both teams are off to somewhat so-so starts.  The Avs were showing much resiliency after a disastrous start, and are still considered a competitor for the Stanley Cup.

As for the Denver Broncos, the outcome of the next game could determine whether Vic Fangio stays on as head coach. The current insider view is that if the Broncs can somehow beat the KC Chiefs (a very unlikely possibility), Fangio will keep his job.

The big player decision deals with wheeling and dealing for a top veteran quarterback, like Aaron Rodgers.

On an executive and management level, the team could have new  ownership next year, which will play a big factor in future decisions and may cramp the long-term firing axe general manager George Paton wants to use.   The contracts of top executives John Elway and Joe Ellis expire in January. They are both expected to depart from the Broncos organization, other than playing a ceremonial role.  As a result, a new head ownership/management reign will assume power.

COVID, though, continues to rank as the trump card playing havoc with football and all professional sports. Even sports not impacted much by the pandemic in the past, like golf, had a rough time.  The haunting sight lingers of Jon Rahm (the winner of last year’s U.S. Open), walking off the 18th green during the third round at Jack Nicklaus’ acclaimed Memorial Tournament in Ohio with a six-shot lead and a potential record smashing mark, and then having to withdraw from the tourney altogether because of a positive COVID test.

Welcome to sports in the post-pandemic age.  COVID rules the sports land.