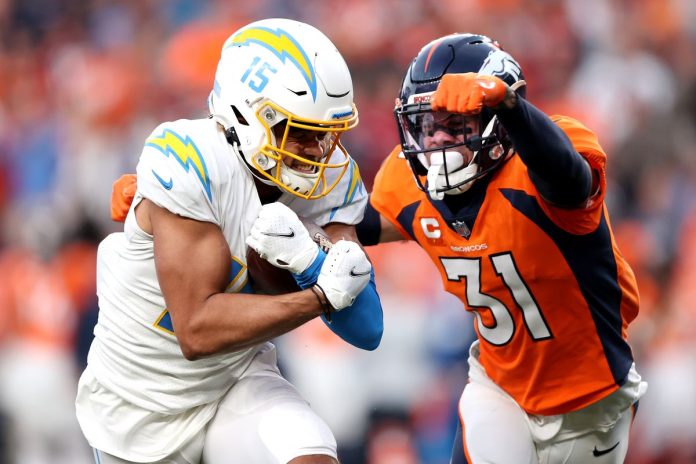 I’ve been saying it for weeks, but it’s now finally official: The Broncos will not be in the postseason for the fifth straight year (pending a major miracle that won’t happen.)

(The Broncs aren’t technically eliminated, but virtually every TV football analyst and columnist attests to the fact that the Denver Broncos’ playoff party is over for this year.)

In a lackluster performance last week against the Las Vegas Raiders, the Broncos continued to have a complete loss of offense.

This was Bronco Quarterback, Drew Lock’s first start this season due to a head injury to Teddy Bridgewater that Bridgewater suffered recently against the Cincinnati Bengals. Lock played a decent game, when you take into account his history of turning the ball over. Lock threw for a lousy 153-yards on 22-attempts. It wasn’t all a failure by Lock. Key dropped passes by Albert Okwuegbunam, and Jerry Jeudy didn’t help matters. Of course, the play calling by Offensive Coordinator, Pat Shurmur makes things go bad 9-10 times anyway.

Shurmur keeps calling short pass plays on whatever down and long. I couldn’t count the times the Broncos made a catch short of first down yardage that would have been a first down if the receiver was told to GO TO THE DOWN MARKER!!!!

Despite the defense coming up with two turnovers, one of which set up the only Bronco touchdown, the anemic Bronco offense could not move the ball. This isn’t just bad play by the Broncos. It’s bad coaching and play calling.

Well, now that the season is OFFICIAL over as far as the playoffs go, the Broncos travel again to take on the 8-7 Los Angles Chargers. The Chargers are still in the hunt for a wild card spot in the playoffs. The Chargers struggled last week against the Houston Texans, losing 41-29. This is typical of a Charger season. They start out hot and heavy and fall apart late in the season. This year, however, they managed to win enough to possibly make the post season.

Charger Quarterback Justin Herbert threw two interceptions last week, one of which was a pick six. Herbert is the real deal. The Chargers have a bright future with this guy calling the shots.

So, the Chargers have plenty to play for. Another win brings them closer to the playoffs.

As for the Broncos? They should be playing for a better draft pick, but they won’t.

I can’t help but look toward next season. Unfortunately, the Broncos won enough to wind up with a lousy first round pick, so any hope of drafting a replacement for Lock and Bridgewater in the draft is unlikely. The draft isn’t the only way to build a team though. Look at the Tampa Bay Bucs. They used free agency to build a Super Bowl contender.

If the Broncos are smart, they’ll can Head Coach Vic Fangio and his cabal of incompetent assistant coaches, find an offensive minded head coach and work the free agent market to sign a really good quarterback. I’m looking at you Aaron Rodgers!

TMJ Prediction: This game is an easy pick: Broncos will lose to the Chargers 24-7.