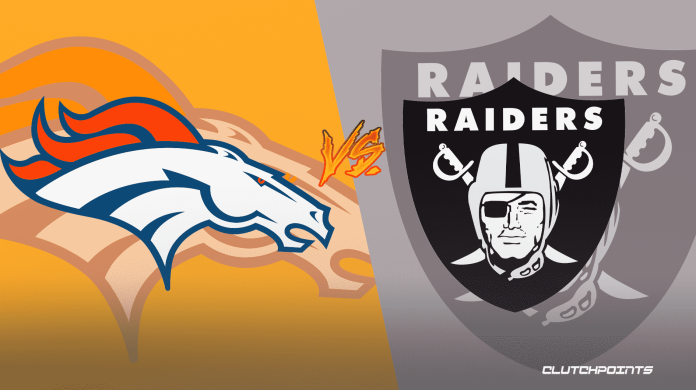 Well, the lady sang. Denver couldn’t beat the Bengals last week, which essentially killed their chance for a wild card spot in the playoffs.

This is the sixth consecutive season the Broncos have missed the playoffs. If this isn’t a reason to can Head Coach Vic Fangio and his cable of incompetent assistant coaches, I don’t know what is.

On a sad note, Bronco Quarterback Teddy Bridgewater was carted off the field with what looked like a serious, possibly season ending injury. Now, for what it’s worth, Drew Lock will probably be the Bronco’s quarterback for the remainder of this meaningless season.

This week, the Broncos travel to Las Vegas to play the hated Raiders. The Raiders game last week was moved to Monday afternoon, so we don’t know how they fared against the Cleveland Browns at the time of this writing.

What we do know is, no matter what the playoff picture looks like, a Bronco/Raider game is always going to be a knock down drag out affair.

The Raiders beat the Broncos in their first game (week six) of this division rivalry in Denver, 34-24.

Neither of these teams is playing for a playoff spot at this point, unless the Raiders can win out, which isn’t likely. This is just going to be a game played for pride and bragging rights.

Before the Browns game, the Raiders have lost two in a row. The Chiefs destroyed them 48-9, in Week 13 and they lost a close one against the Washington team with no name,17-15.

Without Bridgewater at quarterback, Drew Lock will have his last best chance at remaining a Bronco next year. Judging by his play this year, he’s a total wild card, prone to mistakes. He’s notorious at throwing picks inside the redzone. Last week he pulled a “Lock” and let a Bengal defense man just take the ball away from him which pretty much sealed the win for the Bengals.

If Lock had managed to put the ball in the endzone instead of giving it away like and early Christmas present for the Bengals, they may well have won that game.

Since this season is all but over for the Broncos, let’s look into the future for just a second. My personal wish list for the Bronco’s new year includes; Fangio/Shurmer gone, Bridgewater gone, Lock gone, and my long shot wish, Aaron Rodgers wears a Bronco jersey next year.

Are you listening Santa? I’ve been good all year. Give me this will ya?