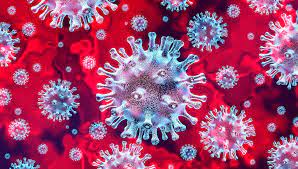 State Officials Running Against the Clock In Stopping Omicron

Teller County is running counter to the “doom and gloom” accounts of the COVID-19 epidemic raging across the country, capped by fears of the Omicron variant, at least for now.

But the clock could be ticking, according to Governor Jared Polis, who  believes the variant will become a dominant strain in Colorado shortly.

For a change, the area’s COVID numbers are easing up somewhat, although deaths associated with the pandemic continue to haunt the region.  These findings clash with reports declared in the nation, with rising hospitalizations and the new variant spreading to close to 40 states.

Similar sentiments were echoed by Cripple Creek Interim Administrator Ray White, who noted that officials could finally report some positive COVID news. “We really hope that trend continues,” said White, who filled in last week for Finance Director Paul Harris, a member of the coronavirus task force, in presenting the latest findings.

For the last two  months, Teller has experienced a scary surge in case activity.  Throughout October and November, Teller recorded close to 900 COVID cases, and the first week of December started out with a bang. November ranked as the deadliest month of the epidemic.

As of press time, Teller County had close to 50 confirmed deaths, associated with the pandemic, since March 2020.

But this trend has now taken a downward turn. It now appears that December case totals will come short of what occurred in November and October.

Oddly enough, COVID trends have Teller doing much better when the national reports are bad, and vice versa.

Both Decker and White, in separate reports made before their respective elected boards/councils, indicated much improved statistics for the cumulative one and two-week incident reports.  These track cases on a per capita basis.

According to White, the latest one-week incident report had Teller at less than 195 cases per 100,000 people, nearly 100 less than previously reported.  This is nothing to write home about or worthy of a gift from Santa; however, it marks  definite improvement from recent numbers that had Teller in the red danger zone. Moreover, White stated that their two-week incident numbers are much better too, along with positivity and hospitalization rates.

Decker expressed much optimism also about the latest reports.

However, Teller is far from out of the COVID woods. One troubling statistic is the lack of full-vaccinated residents on a percentage basis.

Due to the fact that Centers For Disease Control and Prevention now includes children in their tabulations, the county’s rate of fully vaccinated people has fallen to 54.2 percent, well short of the state average. Decker, though, stated that about 59.4 percent of eligible residents have received at least one shot.

And officials are continuing to try to drum up support for the vaccination effort. Decker reported nearly 700 shots getting delivered at local pharmacies, medical outlets and the county’s public health department in the last two weeks.

White said that plans are underway to set up a mobile testing site in Cripple Creek. near the park. This would be orchestrated by Teller County Public Health and Environment.  Plus, a vaccination mobile bus is expected to arrive in Cripple Creek on Tuesday at the Cripple Creek District Museum parking lot. No appointments or insurance is necessary to participate.

Officials are still trying to push the option of COVID vaccinations as the best option to combat the epidemic, but are stopping well short of proposing any mandates.