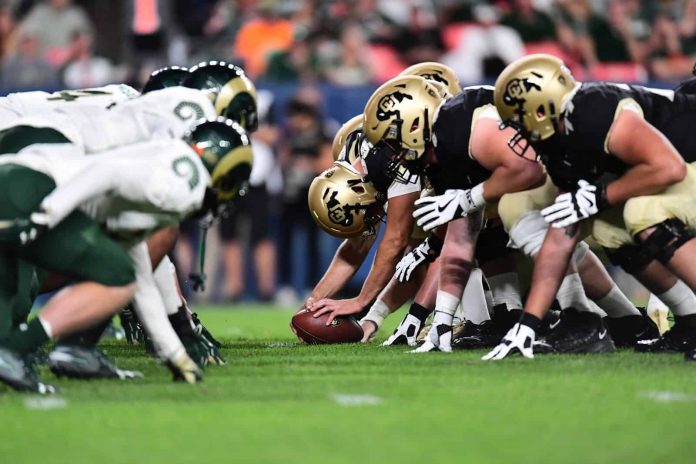 However, after a few games went by, it was obvious that neither the Rams nor the Buffs would be successful teams this year. Luckily, the Air Force Falcons actually did come out and have a great season.

Well, that’s the way the cookie crumbles sometimes. Technically, the Falcons tied in first place with the Utah State Aggies as they both earned 6-2 conference records and 9-3 overall records. But, since Air Force lost to them earlier this season, the Aggies won the tiebreaker.

It turns out that Utah State will play in the championship game against San Diego State to determine the top Mountain West team. The good news is, with their stellar record, expect the Falcons to play in some type of bowl game this season. Stay tuned this month to see where the Falcons end up during bowl season and which team they play.

The key to the Falcons’ success this year seemed to be their explosive offense. The team picked up an average of 31 points per game and they averaged over 260 yards each match. And, most of their yardage and touchdowns were on the ground with over 4,000 rushing yards in 2021.

The team was led most of the year by junior quarterback Haazig Daniels. The QB made 43 completions out of 94 attempts. He passed for a total of 932 yards and picked up 5 touchdowns.

When they kept it on the ground, junior running back Brad Roberts led the team with 1,289 yards and 13 TD’s. Daniels was the next best rusher with 766 yards and nine touchdowns.

At one point in the season, it seemed as if the Buffs would have a winning team for the second year in a row. Maybe it was their tough competition, or maybe they just teased their fans in the first few weeks. Because in the end, CU finished with a record well below .500 after only winning two of their last six games.

In fact, only the Arizona Wildcats ended their season worse than the Buffaloes as they took last place in the PAC-12 South Conference. Colorado ended up with a 4-8 overall record and a 3-6 division record, which gave them their fifth place finish. The Utah Utes took first in the PAC-12 South and the Oregon Ducks earned the top spot in the PAC-12 North.

The Buffs QB freshman Brendon Lewis earned a rating of 118.82 with his 10 touchdowns and 1,540 passing yards. The team’s rushing and passing games seemed to be pretty evenly matched as they gained around 1,500 yards on the ground as well. Sophomore tail back Jarek Broussard led the team in rushing with 691 yards and two touchdowns.

The Rams were yet another Colorado college team that upset their fans in 2021. At times, the team seemed like they had promise as they won a few games that many thought they would lose. The Rams seemed to like playing at home with their big win against San Jose State, but they still lost some key games at their new field.

At the end of their season, the Rammies lost their last four matches, giving them a 3-9 overall record and a 2-6 conference record. The Rams finished in fifth place in the MW Mountain Conference with the New Mexico Lobos falling in last place. Therefore, CSU didn’t come even close to seeing a bowl game this season.

The Rams’ offense didn’t fare too poorly as they did average over 23 points per game. Where the team struggled in 2021, was on defending the ball. The Rams gave up over 28 points every game on average. Ram fans and Buffalo fans alike can officially start crossing their fingers for next year.