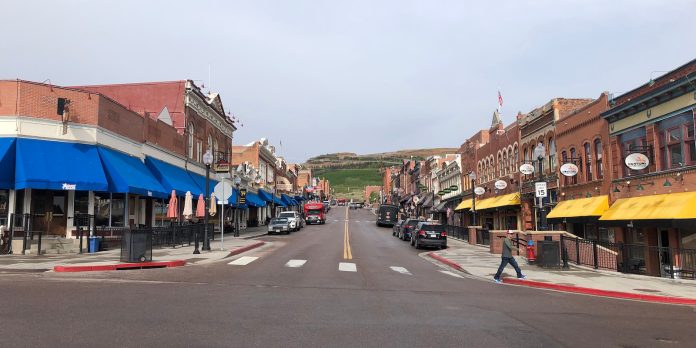 A Case For Preserving The Summer of Fun

Cripple Creek’s infamous Christmas Carol production is now playing at the Butte Theater.  Make sure you get tickets and see the show.

Meanwhile, another show is debuting at city hall and involves Ebenezer Scrooge dumping coal into the stockings of special event organizers and even families who enjoy great festivals,  namely the Ice Festival, Donkey Derby Days, Salute to American Veterans Rally, the Fall Fest and more.   TMJ News certainly  hopes that Ebenezer will show more generosity or find a way out of town, and not damper the town’s well-revered Summer of Fun and holiday spirit.

Cripple Creek has now opted to get out of the business of sponsoring special events and to concentrate on the three Ts for festival organizers, Trash, Traffic and Toilets.  Let’s not overdue things folks. Special event organizers have now been alerted of this change.

Some aspects of this change are good, such as Jeff Mosher taking the reins of Special Projects. To date, Jeff has really spearheaded the landing of more affordable housing projects, a missing element for Cripple Creek since the arrival of gaming. In the past, Cripple Creek mulled the idea of housing incentives, but nothing really happened.

That has definitely changed with Mosher’s direct involvement with housing developers.

Plus, the ongoing pandemic often played a role in this struggle for events, not to mention the financial woes facing Cripple Creek.

However, when it comes to abandoning the town’s leading involvement in special events and festivals, major question marks are arising.

We say why ruin a popular tradition.? Maybe, the Summer of  Fun (originally authored by a former marketing director) was an overused cliche, but it helped put the town on the heritage tourist map and prove the community offers more than just gaming. Cripple Creek often bustled nearly every weekend with festivals that gave the town an extra bonus and excuse for families to travel to the Creek for a day or two.

We can remember not too far in the distant past, when the entire district featured nearly 30 events throughout the season. In our annual Best Of Cripple Creek competition, the contest for the Best Event was downright brutal.

As an example, the Cripple Creek  Ice Fest became the go-to event for the winter on a statewide basis.

Just like the Summer of Love term was overused in California, although it paid tribute to some great music from the likes of Crosby, Stills, Nash and Young, Jefferson Airplane, Grateful Dead, Quick Silver Messenger Service, Animals, the Doors and more, the same could be said for Cripple Creek’s Summer of Fun.

Cripple Creek has always featured lively fights over special events and marketing, and that debate will  continue. That is part of the town’s folklore, and probably should be turned into a melodrama skit. Nothing is going to change that scenario.

It is our hope that this latest action is not a move against a specific event some don’t like or a particular promoter or promoters.

The tradition Cripple Creek has established in the special events/entertainment arena, with the Summer of Fun, is well-worth preserving.  Previously, several council members once traveled to Deadwood, South Dakota to gain more ideas for offering smaller events.

Maybe, this search should be renewed.

Or, possibly more grant funding could be obtained for the goals of promoting the town, via events, or through other promotional means, due to the impacts from the pandemic. These types of funds are currently available.

Or, maybe the answer hinges on the reforming of an actual chamber of commerce in the district.

But don’t give up on a program that helped add a festive flavor to the town, and that played a key role in boosting the summer, fall and winter season.

With the changes undergoing with the addition of more hotels and additional non-gaming businesses, this Summer of Fun could even take on a more elevated stage.