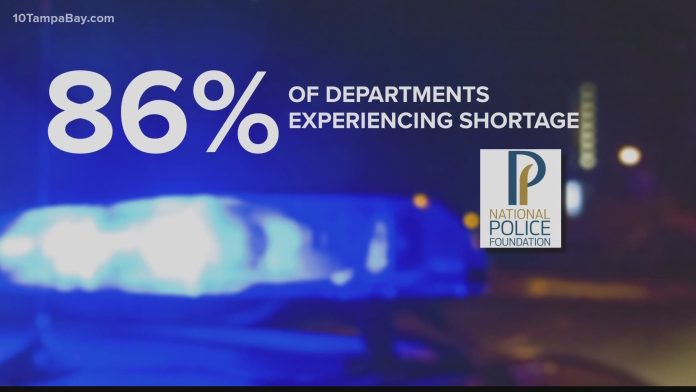 After the nation started to open back up in the post-pandemic era, the nation experienced an unforeseen crisis when many workers chose not to return to their former jobs.

This has infiltrated every industry and many sectors of the government, and especially affected law enforcement ranks.

Since the year began, the U.S. has seen what has been coined as by some insiders as “The Great Resignation,” as people have been quitting their jobs in groves.

Across the nation, community leaders in some locales are almost ready to pull the red alert panic button over the lack of dispatchers and law enforcement officers. The nationwide labor crisis, combined with the new politic climate surrounding defunding police departments, has caused a strain on local municipalities everywhere.

According to Teller County Sheriff Jason Mikesell, the lack of applicants for deputy and dispatcher jobs has become a major problem locally. Mikesell said that his agency has been short staffed all across the board ,and that they are just not getting a significant number of new applicants.

This has occurred for other local law enforcement agencies too, such as the Cripple Creek Police Department. During earlier budget discussions, some  officials noted that the CCPD lost half of its force.

The sheriff said that if something doesn’t change within the county soon, the safety of local residents could be at risk. If the current trend continues ,there is a chance that the sheriff’s office will not be able to retain any employees in the future.

“The problem right now is that there are not enough dispatchers,” Mikesell said. “At a certain point here in the last few months, I only had two dispatchers, which is the heart and soul of getting all first responders into the community. The issue we are facing is that it takes eight months to train a dispatcher. And, I am losing the pool of dispatchers that are trained to El Paso County and the two other local dispatch centers.”

The sheriff said since he has taken the reins of the agency in 2017, the turnover rate has dropped significantly. He said that he was able to lower the turnover rate due to having a good staff and leadership core, but that low pay for his deputies and dispatchers remains an issue.

“When I came into office, we were paying 50 percent less than any other agency in the state,” the sheriff said. “The deputies’ pay now is still 24 percent lower than the state average for officers and dispatchers. So, how do you retain law enforcement personnel like that?” 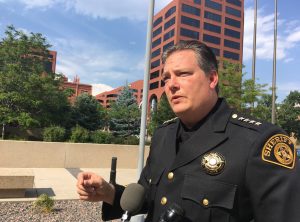 The sheriff said that the office is currently short staffed on patrol, in the jail, and in the dispatch department. He said that the major issue is the fact that Teller County is experiencing more crime than other rural counties due to its close proximity to Colorado Springs.

“It used to be as a ‘class three’ county we were looked at as the same budgetary-wise as Park County or Fremont County,” Mikesell said. “But we don’t fit in the same glove as those agencies. I don’t lose people to those agencies. I lose people to Douglas County, Colorado Springs PD, Colorado State Patrol and El Paso County. And that goes for dispatchers and law enforcement agents.”

The sheriff said that the lack of affordable housing in the county is also an issue. He said that he will have some people come from other states thinking that the pay is high, but then they notice how expensive housing is in the area and they leave because they can’t afford to live comfortably.

During Colorado Governor Jared Polis’ visit to the county last September, Mikesell mentioned the lack of law enforcement agents as a major safety issue. The sheriff told the governor that having access to state certified training for officers within the county could help with the employee shortage because officers could get trained faster.

During his visit, Polis said that he could have the Colorado Bureau of Investigations (CBI) assist local law enforcement agencies as a possible solution. “That is an uneducated answer,” Sheriff Mikesell said in response.

According to the sheriff, the best solution to the labor shortage problem is to raise the pay of the county’s dispatchers and deputies to at least the state’s average. However, Mikesell said that since the county commissioners set all salary rates for county workers, a pay raise is a move that only they can make.