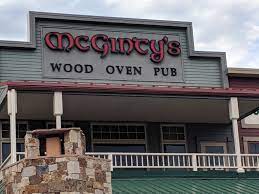 The Wild and Wacky AFC West Division, of which the Denver Broncos are a proud participant, is getting crazier and harder to predict every week.

Luckily, a little rest from their recent  bye week apparently proved to be soul and body soothing for the Broncos based on their convincing win against the LA Chargers. Yes, this temporarily ended the doomsday talk. The Broncs, believe it or not, are back in the playoff race and now tied for second place in the bizarre AFC West Division with no clear cut front-runners.

The Broncos now face the Kansas City Chiefs in a rivalry that has become quite heated for the last decade or so. And NFL organizers apparently love this grudge match, as the game will now appear on national television this Sunday evening. Locally, this could get quite interesting, as both teams have their share of enthusiastic supporters in the region.

Game time for the Dec. 5 showdown is 6:20 p.m.  a great time for a hearty meal, a drink or two and a hopeful Bronco victory. In fact, beverages of choice may be a requirement for this Bronco viewing, a must-win if the Broncs want to compete in the AFC West.

For Bronco fans and for and a full range of NFL viewing options,  check out McGinty’s Wood Oven Pub, in Divide, the Center of the Known Universe. McGinty’s showcases all NFL games  Plenty of drink and food specials abound, and you can’t beat the atmosphere.

For extra pigskin predictions, check out the choices of TMJ sportswriter and Community Celebrity Trevor Phipps. And due to popular demand, we now feature the predictions of the infamous “Philly Joe,” one of the High Country’s more charismatic characters, and a staunch Philadelphia Eagles fan. (Everyone has their weaknesses.) Disagree with Joe on any of his picks, and you can probably discuss your views with him at McGinty’s.

These picks can  be viewed every week by visiting www.mountainjackpot.com and our Facebook page, and if space provides, in our printed edition.

Stay tuned and enjoy the Broncos game and other exciting sports action at McGinty’s, including NHL games.