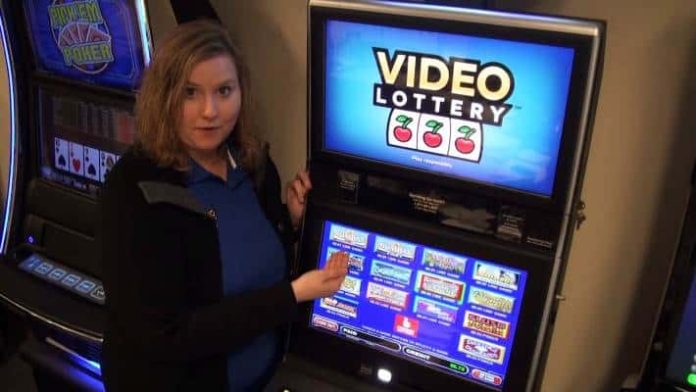 The VLT (video lottery terminal) threat just won’t go away, as Cripple Creek and the two other Colorado gaming towns, Black Hawk and Central City, try to fend off continual bids from other entities seeking to enter the gambling arena in a disguised, secret manner.

In fact, they could encounter a competitive assault from some restaurants/bars and venues, if certain lawmakers get their wish.

So don’t let your guard down and be prepared to head to Denver with little notice to protect the interests of local casinos.

But on the upside, Teller County may experience a more moderate state legislature, with an election year around the corner. In fact, the Democratic Party, which currently controls the state House, Senate and the governor’s office,  may be softening its pro-green ideological stand in favor of issues pertaining to affordable housing and public transportation.

These are some of the conclusions  made from representatives of Peak Government Affairs (PGA),  the head lobbying group for the city of Cripple Creek.  Cripple Creek for the last five years has been quite aggressive about lobbying for  key issues that impact southern Teller, Cripple  Creek and the local gaming industry.

During their most recent meeting, PGA, headed by Solomon Malick, made a presentation before the Cripple Creek City Council to outline key issues for the next legislative session. “It’s been an active time,” said  Malick, in describing the city’s government relations program.

For the coming year, he warned of the continual VLT threat, a push being spearheaded by the Colorado Lottery Commission and some lawmakers and possibly the governor’s office. This effort could in effect permit certain restaurants and bars to house devices or equipment that equate to mini-slot machines. Some state leaders see this as an added  revenue jackpot for Colorado.

However, the idea has received a lukewarm response by business operators due to the regulations involved. Plus, the current labor shortage may impact this drive for VLTs at restaurants and bars.

In the past, the idea of VLTs at competitive venues from the gaming towns, such as race tracks, has been consistently voted down by Colorado citizens, or didn’t  advance much in the state legislature. “We don’t think that is the right thing to do,” said Malick, when addressing the council recently regarding the next possible VLT threat, in opening the door for mini-slots in bars and restaurants and other venues, outside of the three gaming towns.

That said, he admitted this issue may rear its ugly head again next year in the stage legislature and advised the council to prepare to launch a counter-attack to protect the interests of local gaming operators.

Malick also predicted more cooperation with the town of Black Hawk, always perceived as a former enemy, on issues of mutual concern, such as the VLT threat and expansion of gambling. Cripple Creek and Teller County had their differences with Black Hawk and  Gilpin County in the past over the subject of historic preservation, and whether all the gaming towns were playing by the same rules. This occurred following the arrival of the 33-story Ameristar resort in Black Hawk, with officials crying foul play at the time, accusing the state of throwing historic preservation guidelines out the window.

That’s no longer the case, as Cripple Creek is moving ahead with mega hotel projects of its own.

“The world has changed,” said Malick, who predicted a much healthier relationship with Black Hawk.

Malick said the coming year could feature an interesting time for the gaming community. He stated that they are still working with the state to make sure the region gets its fair share of coronavirus relief funds and infrastructure dollars.

And although Teller County leaders have frequently griped about the pro-Nanny stance taken by the state’s Democratic Party and their push for a super-green agenda, Malick sees a more moderate stance in the coming year. Namely, the coming election could change that scenario, with Governor Jared Polis facing re-election.

Polis, a Democratic, has raised the ire of more progressive members of the party by not implementing a statewide COVID mask mandate. He has even been described  by some insiders as a “progressive libertarian,” a term not used for many Democrats these days.

Malick sees the Dem Party leaders switching more from green-oriented issues to those that help average Coloradoans, such as affordable housing and public transportation.

That switch could mesh well for Cripple Creek and Teller County.

But that said, local leaders, who mostly side with the GOP Party, should not hedge any bets on a Republican takeover of the state House or Senate in the next election. “That is very unlikely,” said Malick.

He conceded that big changes could occur with the redistricting process. It is still not exactly certain which legislators will represent Teller County.

As for feedback from the council, Mayor Pro Tem Tom Litherland questioned if there is any way the sports betting package, implemented in the spring of 2020, permitting this activity to occur through licensed establishments in the three gaming towns, could get revisited from a revenue standpoint.    He contended that the gaming communities played a big role in allowing this activity to occur, but have received nothing in return. “We have received nothing out of our efforts. The state has left the gaming communities out to dry,” said Litherland.

In the original version of this legislation, the gaming towns were slated to receive a small percentage of the revenue, but this was changed in the 11th hour. Instead, a  future water plan for the state emerged as the big fiscal winner.