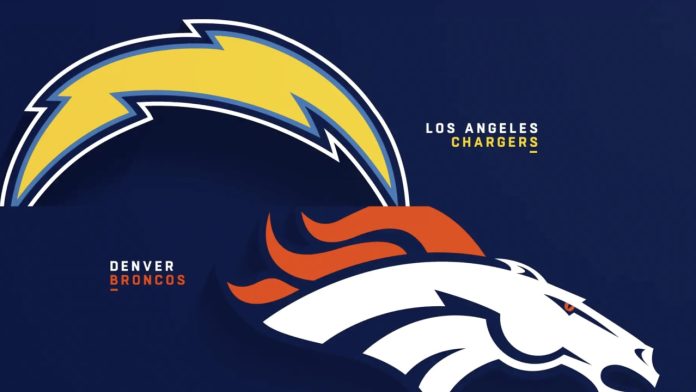 Believe it or not, the Broncos may still be in the hunt for a playoff spot, but it won’t be easy.

Their first test to remain in the hunt comes this Sunday when they host the Los Angles Chargers. As much as they don’t look anything like a playoff team, they are still well within striking distance of a playoff berth and if they can use the bye week to rest up and come back onto the field ready to play quality, inspired football, it could definitely still happen, particularly if the team can find a way to win these three key games.

The team comes to a serious crossroads in terms of the 2021 season as it relates to ending their five-year playoff drought. The Broncos have seven games remaining in the regular season. in order to qualify for the postseason, they will likely need to win a minimum of four of those games.

Looking at the team’s remaining schedule, these three games are going to be pivotal in that push toward the playoffs. If they can win these three games, their playoff aspirations could look really good. Losing two or three of them would likely sink the team. The three teams the Broncos must win are; this week against the Chargers, week 15 against the Cincinnati Bengals, and week 16 against the Raiders on their turf, in the Black Hole.

Coming off the bye week, the Broncos have had some time to heal up. The status of Left Tackle Garett Bolles, Right Tackle, Bobby Masse, and Defensive End, Bradley Chubb are still unknown at this point, but hopes are high all three will be on the field this week. When asked about those guys playing this week, Head Coach, Vic Fangio said,

“There’s a chance.” Inside Linebacker, Baron Browning, and Tight End, Albert Ojemudia have already been cleared to play Sunday. Fellow linebackers, Micah Kiser and Andre Mintze will soon be eligible to return from injured reserve also.

Having been a Bronco fan since the days of the vertical socks, I’ve seen heaven and I’ve seen hell. This Doctor Jekyll and Mister Hyde season has been hard to watch, but since we’re in the beginning of life after the bye week, I’ve got a few personal thoughts on how the team should proceed. First of all there are five players, not counting coaches, who I think should take a seat on the bench. Number one, Teddy Bridgewater. Teddy hasn’t been the same since his concussion. Bridgewater has put up solid statistics as a starting QB in Denver, but those statistics mean nothing compared to the team not being able to convert solid drives into touchdowns.

Denver’s stellar group of receivers are not getting targeted enough. Although Drew Lock struggled with giving the ball away last season, the result of the offense has been mostly the same with Teddy Bridgewater, points are not being scored.

With the running game making great strides the last two weeks, the timing could not be more perfect to insert Drew Lock into the lineup and see if he can provide a spark.

Gordon has been a touchdown machine in his time in the NFL, for the most part, but as a member of the Denver Broncos, he also has a number of fumbles that come at really bad times. It’s time to give the rookie Javonte Williams a chance to shine. He’s proved he is one of the hardest running backs in the league and doesn’t let go of the ball.

Third, Malik Reed. Reed has been very solid for this team, but especially against a mobile quarterback like Jalen Hurts, (Philadelphia Eagles) the burst and explosiveness of Stephen Weatherly was an element clearly missing. That’s a tough assignment for anyone, but it’s fair to wonder if Weatherly would have done better based on how well he played against Washington and Dallas. Beyond the bye week, Reed should be the backup to Weatherly if Bradley Chubb is not healthy.

Fourth, Mike Purcell. Mike Purcell played against Cleveland and Philadelphia, but he was out with an injury against Washington and Dallas. It would be a massive stretch to say that Purcell is the problem here, but it would be worth looking into the correlation between his being in the lineup or not and the run defense’s success, or lack thereof.

DeShawn Williams and Shamar Stephen had been playing quite well along with Dre’Mont Jones and Shelby Harris. Perhaps the Broncos should be looking to get those guys more playing time and limit Purcell’s snaps.

Finally, number five, Kyle Fuller. There was a rumor going around that the Broncos were entertaining trading Fuller, but so far nothing has come of that. He’s making a ton of money and not earning it. He had never played nickel before, and did a solid job against Dak Prescott and the Dallas Cowboys, although upon further review of the tape he was also bailed out by some missed opportunities on Dallas’ end. Against the Eagles, Fuller was back to giving up big plays, including a touchdown to DeVonta Smith in the red zone. Whether he has just lost a step in terms of speed or is just in his head about a couple of bad games to start the year, Fuller has played poorly this season for the Broncos and reinforcements are now available.