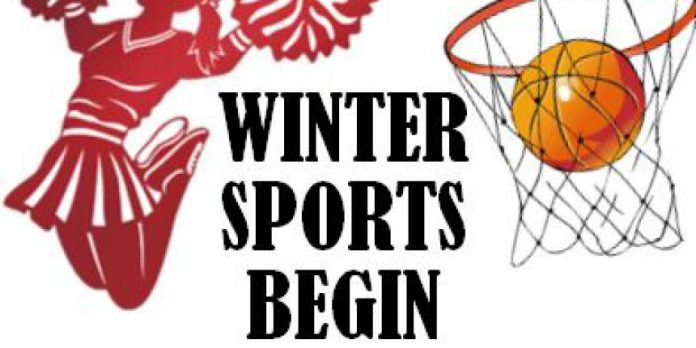 School sports action is in limbo in the Teller High Country, as the high school fall sports season has ended and the winter games have yet to begin.

It was a good fall sports season for Woodland Park, with most of the teams faring quite well.

The girls’ cross country team, marching band and cheerleading teams all qualified for state. Other teams such as the volleyball and football teams, were just a loss or two away from appearing in state championships.

Luckily for local prep sports fans, the winter season of matches is about to begin. The basketball teams will be the first to start on Nov. 30 and then the rest of the winter sports teams will start playing matches, in the first part of December.

The following is a breakdown of what the ’21-’22 winter sports season will look like.

Anyone who has paid any attention to high school wrestling in the last few years knows that Brady Hankin is the guy to watch. Hankin is Woodland Park’s very own super star wrestler who has taken the state title all three years of his high school career.

This year is Hankin’s senior year and it is well known that he is looking for blood. Hankin obviously wants to become one of those rare champions that takes first place statewide all four years during his high school career.

According to the CHSAA website, there are only 29 people in the history of wrestling in Colorado that took home four state title while in high school. With Hankin’s skills, combined with his ability to learn and adapt, expect him to be number 30 this year. The big question?  What weight class will the super grappler compete in, as each year he has advanced to a more competitive and heavier class.

The rest of the wrestling team should also look stellar this season, as they have all been wrestling for several years starting with the junior wrestling program. In past years, the team has qualified multiple wrestlers for the state championship and expect them to do the same this year.

The first wrestling match will occur on Dec. 11.

Last year was the first year in Colorado that girls could wrestle against other females. Last year, the girls’ team had a handful of competitors and expect that number to grow this year.

More and more girls are starting to get interested in the sport with the recent rise in popularity in female mixed martial arts competitions. Last year the coach said that colleges were handing out scholarships to female wrestlers like they were candy. Junior Trinity Diamond qualified for state the last two years, and she is ready to be competitive on the mats against other girls this season.

In 2021, the high school hockey teamed shined during the pandemic. The team finished 8-2 and placed first in their league.

Unfortunately, due to COVID-19, the playoffs were changed last year and the Ice Panthers did not get a spot in post-season play. However, the team still played better than they have since they started in 2017.

This year, look for the hockey team to look stellar again. The team has been hard at work playing in club teams during the offseason. The local hockey club has been farming kids into the high school team since they were in grade school.

The Panthers will be hungry to go to state this year, and they should have a good chance. The team plays their first match on Dec. 4 against Rampart.

However, some local insiders think that this losing trend will change this year. For the ’21-’22 season, Coach Brian Gustafson is taking back the reins. Gustafson had previously coached the team before going on to coach for the Colorado College basketball program.

Many are excited for Gustafson to return to the helm of the court, and are hoping he can bring positive changes. Gustafson, who also coaches the winning WP golf team, has gained a reputation for revitalizing high school sports’ programs.  In fact, there were nearly record numbers for tryouts on the team this year.

The Panthers play their first matches against Kent Denver on the road on Dec. 3 and Dec. 4.

Last season the girls struggled to win, but it did start in 2020 during the brunt of the pandemic. The Lady Panthers finished with a 3-10 overall record and 2-8 league record.

Hopefully this year things will change and the team can pick up some more wins. The good news is the team only lost one senior starter from last year. As a result, most of the girls are returning this season and they should be able to bring their experience to the courts and improve from last year’s losing mark.

Like most of the winter sports, the lady B-Ballers start their ’21-’22 season playing non-league games. Most league play for boys’ and girls’ basketball doesn’t start until mid-December.

The Lady Panthers start their season on Nov. 30 on the road against the Bennett Tigers. They continue non-league play on Dec. 3 with a home match against the Elizabeth Cardinals.