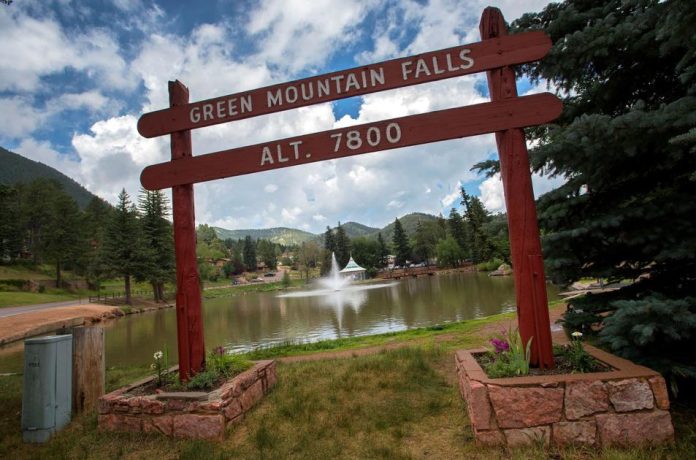 The pursuit for a town manager to replace Angie Sprang, who is stepping down next month, is moving ahead.

Last week, elected trustees, interviewed two applicants  for the position to run the town government.  Two finalists, Becky Frank and Nathan Scott, were announced. The finalists for the position are well-known in the area. Frank currently serves as the deputy director of the Teller County Office of Emergency Management; and has served as assistant city manager for Victor; while Scott has acted as the GMF town planner; and headed up the regional census effort and  has served as a member of the planning and fire mitigation committees.

Sprang  has been the town manager of  Green Mountain Falls for about two years.  She is actually the first permanent manager for this position for an extended period.  Sprang recently announced her resignation, as she is taking a position as assistant city manager with the resort town of Aspen, Colorado

But the current trustees have strongly defended the town manager form of government.

Also, the idea of keeping the Zoom video conferencing system in place for hosting meetings generated some discussion last week.

Rocco Blasi, a former member of the planning commission, and a frequent speaker at public meetings, made a big push to keep the Zoom system in place. He cited that fact that more people partook in their meetings, via Zoom, than in-person. He believes this will increase more transparency and public  involvement.

At a previous meeting, the trustees hinted that they may not use the Zoom system and just do the meetings the old-fashion way by just having  in-person attendance and some form of live streaming.  They cited technological challenges in keeping the Zoom system in-place, coupled with a limited staff.

Also, based on the town’s small size, Mayor Jane Newberry stated that the no requirements existed for the government to offer the Zoom service.

For weeks, Todd Dixon, chairman of the planning commission, has volunteered to help the town in implementing a Zoom system, since the departure of former clerk Matt Gordon.