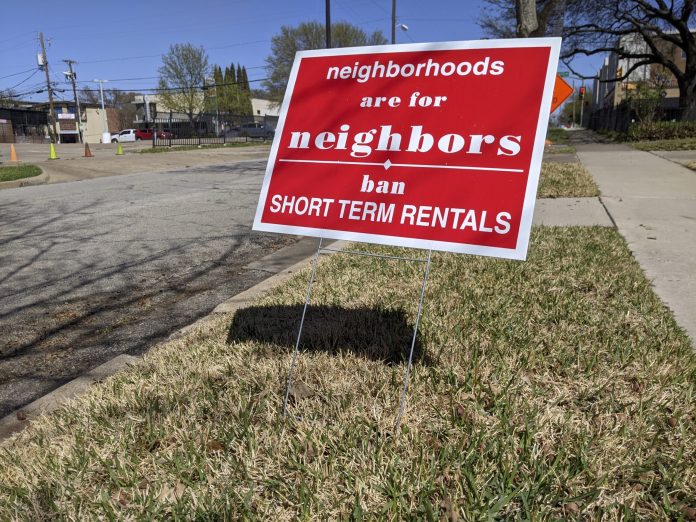 The city of Cripple Creek is the first Teller community to declare a time-out on the opening and operations  of any more short-term rental units, as a result of the current housing crisis.

Their steps mirror those of other resort towns, and could represent a possible forthcoming trend in Teller County.

By a 4-1 vote, the Cripple Creek City Council recently adopted an emergency ordinance that imposes a nine-month moratorium on granting any more STR licenses to give planners enough time to evaluate their policies pertaining to vacation properties that could have an impact on the current housing stock. Short-term rentals are described as residential properties available for rent from one to 29 days.

In the ordinance, the measure maintains that  Cripple  Creek is suffering from a serious housing shortage and that short-term rentals may just make the problem worse, and also hamper their efforts to develop more permanent housing units.  Cripple Creek has kicked-off an aggressive plan to offer incentives to developers for residential and multi-family housing projects, including the development of modular homes.

“We can get a handle on what is going on,” said council member Melissa Trenary, in supporting the moratorium.

She compared the city’ s predicament to what is occurring in Colorado ski towns and other resort communities. “They have no workforce housing,” said Trenary. She emphasized that this would only impact the possible rental of vacation units, often obtained by out-of-town visitors through such online services as Airbnb and VRBO.

In the staff recommendation, planner Ryan Helle noted that this ordinance would “address the local workforce housing shortage by preventing the further conversion of the potential  long-term rental housing stock, which gives the city time to evaluate any proposed code amendments. The moratorium would only affect short-term rentals and would not affect existing short-term rentals, hotels, motels and similar commercial projects.”

He stressed that this action is aimed at “protecting the interests of the local workforce.”

Most council  members supported the action, especially if it helps further alleviate the problems local workers are having in finding a dwelling to rent or to purchase.  The workforce housing shortage of Cripple Creek has almost reached a crisis stage.

However, newly-elect Councilman Mark Green cast the dissenting tally. He didn’t see the need for a moratorium, and hinted that this signaled an anti-business step. “I don’t see the point of this,” said Green.

The majority members, though, supported the staff’s recommendation for a time-out period with STR units, citing the need to address the current housing shortage.

In the last month and a half, the city has taken some of its most aggressive action in loosening the restrictions and opening the purse strings for future housing projects.

A number of proposals have come forth that could establish more housing than the town has experienced in years.  Last week, the council further opened the door for manufactured home units by taking final action on a measure that classifies factory-built homes as residential dwellings. This could eliminate another hurdle developers have faced in the past.

In other council news, the Cripple Creek elected leaders finalized action to eliminate a device fee break for gaming operators, in place since 2004.  This would have permitted a price break on the fees for the initial 50 devices a casino operator has displayed  on their gaming floor. It amounts to a $360,000 annual break for the casino industry collectively, and a $30,000 reduction a year, per operator.

This measure prompted extensive debate at a previous council meeting in October. Leaders of the gaming industry didn’t object to the elimination of the fee break, but wanted to have a sunset clause, to permit further dialogue between the city and industry regarding Cripple Creek’s revenue situation.

The big pending question, which hasn’t been resolved, deals with future device fee hikes, considered by the city.

No discussion occurred at the council’s most recent meeting on Nov. 3 regarding the axing of the device fee break or more permanent price increases.

Also, at their most recent meeting, Green was sworn into office.  He replaces Meghan Rozell, who served as the Ward Four representative for four years. She also worked for the city previously, and sought the mayor position two years ago.

In her final remarks, Rozell, considered one of the more colorful council members in recent years, and known for her strong vocal comments,  thanked the city for the opportunity.

“The council has been well-served,” responded Mayor Milford Ashworth. “You served the citizens well and kept us in-line.”