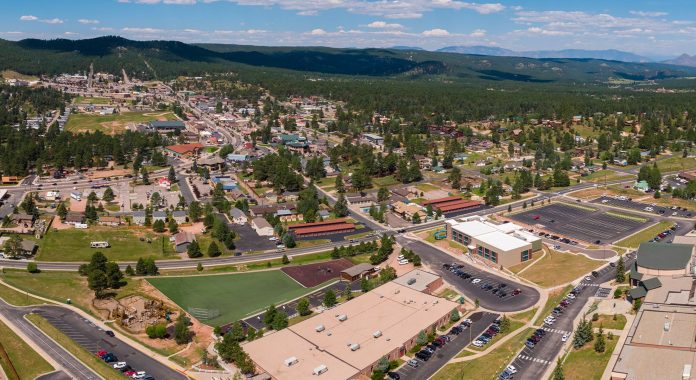 The Downtown Development Authority (DDA) opened their monthly meeting with a lengthy debate on whether or not to sign a 90-day exclusive agreement with the prospective developer of Woodland Station, Mike Williams.

The agreement would allow Williams 90-days to come up with some plans for the property without another developer proposing another project for the land, which has mostly sat idle for several decades.

Williams has been interested in developing Woodland Station for almost two years, but has struggled with the right plan and lining up serious investors.

In August of 2020, Williams came before the board with an elaborate concept plan for developing Woodland Station. The plan at that time included a six-plus acre historically themed development promising good times and special memories for all ages. Its varied offerings would include something for practically everyone with multiple outdoor adventure and discovery activities, year-round entertainment venues inside a Family Entertainment Center, specialty retail, food and beverage service, second floor residences and hospitality housing, an event barn, a designated rodeo area, an amphitheater, and multiple Pikes Peak observation points.

A key component was what he called “The Rendezvous,” which would feature an open green space directly behind Bergstrom Park to serve the many colorful festivals and citywide events that already make the various seasons at Woodland Park. Unfortunately, this plan never got off the ground.

Now, Williams says he has investors lined up who are very serious and have the capital and experience to undertake the development. Williams requested the agreement so that he and his investors would not lose a great deal of money by spending thousands of dollars on a preliminary plan only to have the property fall into the hands of another developer. Williams suggested he and his investors meet in executive session with the board in three to four weeks to discuss the details of the development.

Board Member Al Born reluctantly said he would be in favor of giving Williams more time. He said, “I’ve been through many presentations of the last two-decades. I’m willing to go one more and see what can become of it. Hopefully this will be the one that can put something together.”

Each member of the board gave their take on entering into the agreement, with some expressing doubt over it without further information and documentation. They feared Williams has not been providing enough documentation in the past ,and that another developer may be discouraged during the 90-days that Williams holds exclusive rights to come up with a plan.

Williams was present at the meeting through Zoom and took questions from the board. He spoke about the “ugly history” of past attempts to develop Woodland Station. He quoted Born’s conclusion that all of the issues with Woodland Station, “are so insurmountable, that the likelihood that anyone would take on development in its entirety would be to give the dirt for free, and property tax generation would be the mechanism to get out of the debt associated with the property.”

Williams went on to explain that the many issues involved with developing Woodland Station could not be done in a short time.

He said, “It’s probably a year process. There’s much research to be done.” Williams related the thoughts of what his vice president of development said. He estimated that they are entertaining $100,000 to $200,000 in drawings and civil engineering. During this time, they can let the marketplace discover the best uses of the property. He noted the past history of the DDA in regards to developing the property and asked, “Without an exclusive negotiating agreement, would you loan us $150,000.”

Board Member Tony Perry responded, “No.”

After much more debate, the board voted to approve and sign the 90-day exclusive agreement.

In other DDA news, the board voted to fire long time DDA attorney, Paul Benedetti. This could serve as a signal that changes are coming in the running of the DDA. The board now has a number of  new members, some of whom have differed from the stance taken by previous members.