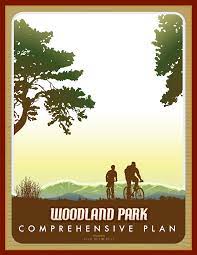 After over 800-hours of subcommittee meetings, public engagement, thousands of responses to online surveys, and grilling on previous drafts, the Woodland Park Planning Commission gave the okay to the 2030 comprehensive plan, commonly known as the master plan.

The lengthy document now heads to city council for approval on November 18.

Every 10-years, the city undergoes this process to create a planning and visionary blueprint, which will guide the city through the next decade.

This plan articulates core community values and goals and provides direction for achieving these goals.

Just as pilots map their flight plan, the Woodland Park master plan is intended to help chart the course to follow for Woodland Park community leaders, city council, staff and the city’s many boards and committees.

It is intended to be a living document that will serve the city for the next decade.

As with anything involving a plan of such magnitude, the master plan had to clear many hurdles to get to this point.

When Planning Director Sally Riley introduced the first draft of the plan to the commission last month, it met with some scrutiny over one particularly provision. A provision in the Community Well Being section of the plan titled, “Civility” got the attention of the commission and they spent some time digesting the contents of the provision. The controversy hinged on wording that stated, “Woodland Park City Management and City Council will work towards promoting public civility within our City Departments and among our City officials, including the City Management, City Council, and all City committees.”

The objective of the provision was to “Measure progress towards the civility goal in community paper reporting, in the language and comments of key community influencers at City Council and committee meetings, and in the collection of a citizens’ survey on the Woodland Park City page.”

This raised the ire of some commission members, as they thought the document authors were getting too involved in the strife that had occurred at many city meetings in the last year and a half, when personality disputes and political opinions took center stage. They argued against trying to legislate good behavior.

After much debate over the constitutionality of the “civility” provision, the commission suggested it be stricken from the document. This action was taken.

The consulting firm, Logan Simpson, which also did the master plan for Green Mountain Falls,  was hired to oversee the creation of the plan and provide guidance through the process.

But it’s still not all quiet on the local masterplan front, as the city may have to grapple with a housing issue that has generated much attention.

Former Planning Commission Member, Jerry Penland addressed the commission for the second time regarding the issue of proliferating short term rentals in Woodland Park. Penland first brought this issue up to the commission on August 26, at the regular meeting of the planning commission.

One concern Penland has is the industry is being run by investors from out of town, and even outside the country. He stated that these investors have no interest or concern for the quality of life in the city, but only in the return on investment profit. According to Penland, at this time, Woodland Park has 103 short term rental properties operating in the city.

Penland claimed the city is encouraging these properties by not controlling the industry. He laid out a list of regulations that other cities have put in place to regulate these properties. Penland made it clear he is not against Woodland Park home owners from turning their property into short term rentals for their own benefit, and he did acknowledge that city staff is looking into the issues, but suggested the planning commission should be the ones taking the lead on the issue.

After Penland’s presentation, the commission discussed the issue. Planning Commission Chairman, Jon DeVaux agreed with Penland, that the commission should be the group that examines  the issue. DeVaux said, “This is our project. We should be doing this. We’re the planning department!” He suggested a work session, and a public information session, using the city attorney to research the issue.

Former city council member, and now a planning commission member, Carrol Harvey, chimed in. She said, “Part of the contract we had with the comprehensive plan consultants included code review.” The last subject the consultants will address is this code review, but it will not take place until sometime in December.

Commissioner Lee Brown spoke in agreement that short term rentals are overwhelming the available housing for families seeking homes. He noted there are, “dozens and dozens” of listings for short term rentals in Woodland Park, but very few rental properties.

Commissioner, Ellen Carrick noted the short term rentals in her neighborhood make sense as they are in duplexes and are in walking distance of commercial properties for shopping. She also noted there was a large party at one of them recently.

Ultimately, the commission agreed something must be done, but it will take time, likely into next year before any possible rules are set in motion.