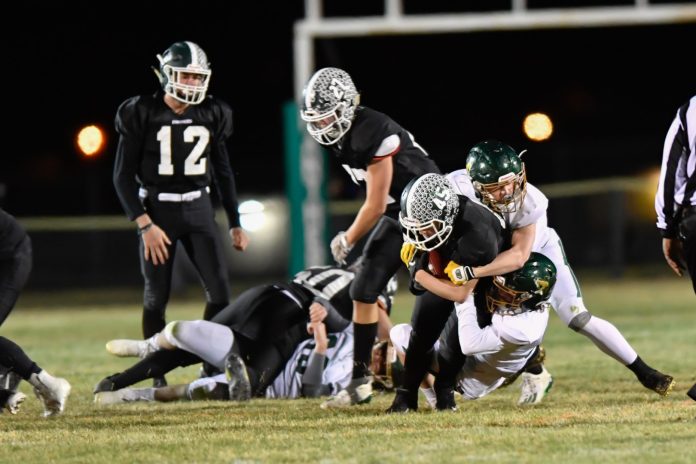 It wasn’t the ending local football fans wanted, as the Panthers’ prospects of making post-season football play came to an abrupt conclusion.

The Panthers finished the 2021 season on the road against the La Junta Tigers. Despite getting off to a good start,  The Panthers were completely overcome by the Tigers 53 to 6. 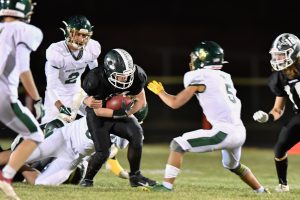 Going into the game the Panthers were in second place in their league and La Junta was close behind them. In fact, the winner of last Friday’s match earned a chance at a playoff spot on “Selection Sunday.” Due to the Panthers’ loss, the Tigers got their names into the playoff pool instead of Woodland Park.

The game started off looking like it would be a close one as the Panthers received the opening kickoff and started gaining yardage right off the bat. After a couple of long running plays, the Panthers found themselves close to the goal line. 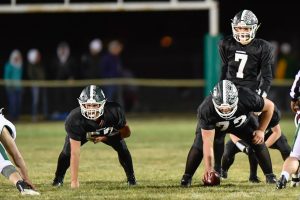 The Panthers were then able to score on their first time touching the ball. They tried for the two-point conversion, but got denied leaving the score at 6-0.

That was the highlight of the game for Woodland Park.

The Tigers received the kickoff and they proved to be unstoppable. La Junta quickly scored on their first possession, and then they didn’t stop crossing the goal line. 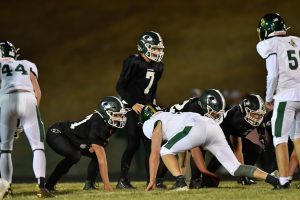 La Junta quickly figured out how to stop the Panthers run game. And then, when WP tried to drop back and pass, the timing was just not right. Therefore, the Panthers failed to score after their first ball possession.

The Tigers, however, didn’t seem to skip a beat. Their offense just kept tracking down the field with a combination of successful run and pass plays. La Junta was up 28-6 at halftime and then they continued to dominate in the second half. 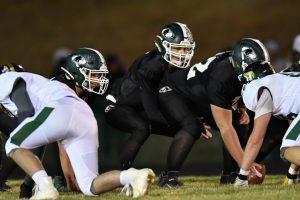 However, even though the Panthers lost their last game of the season and missed out on a playoff chance, they still had quite a successful year and did better than the predictions of insiders, including the sports writers for TMJ.

They ended up with a 4-4 overall record and a 2-2 league mark. The good news is that home field advantage was strong for the Panthers this season as they won all of their home games. But the Panthers need to improve their record on road, because they lost all of away games. 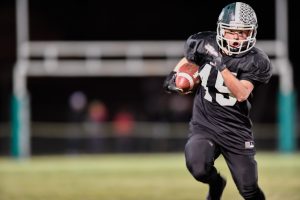 The Panthers ended up in third place in their 2A Tri-Peaks League, with TCA taking first and La Junta grabbing the runner-up spot. Manitou Springs was right behind the Panthers in fourth place with a 1-3 league record. Overall, the Panthers placed 19th in 2A across the state.

Junior quarterback Mason Pyles ended the season with nine completions out of 23 attempts. He passed for 113 yards and suffered three interceptions. He did, however, run the ball 29 times for 87 yards and three touchdowns.

Sophomore quarterback Bryce Broeker played in a total of seven games and he went five completions for 13 attempts. He passed for 107 yards and had two interceptions. He also did well on the ground as he had 36 carries for 214 yards and four touchdowns during the season. 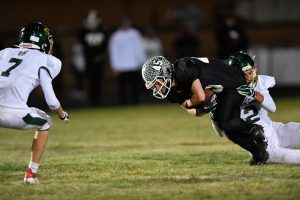 The whole year the Panthers passed for less than 300 yards, proving that they like to stay on the ground. Their favorite target proved to be junior running back Aiden Hernandez, who rushed 92 times for 464 yards and four touchdowns.

Senior Andrew Harper had the next most carries with 52 for 441 yards and five touchdowns. Freshman Aidan Hood also had a good season while playing varsity as he had 47 carries for 207 yards. 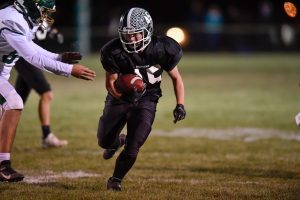 The team’s defense also had a very successful year due to them being able to turn the ball over and score some points in dire situations. Senior Eli Garner led the team in tackles by picking up 42 solo tackles and 24 assists. Garner and junior Daniel Summeril led the team in sacks with three apiece.

Next season, the team will be losing a few key senior players to graduation, but most of their team is young. Many of the stars including Pyles, Broeker, and Hernandez will all be on the team for 2022. The team’s new coach Chad Drummond has a good chance of improving the team in his second year as the Panthers’ head skipper.