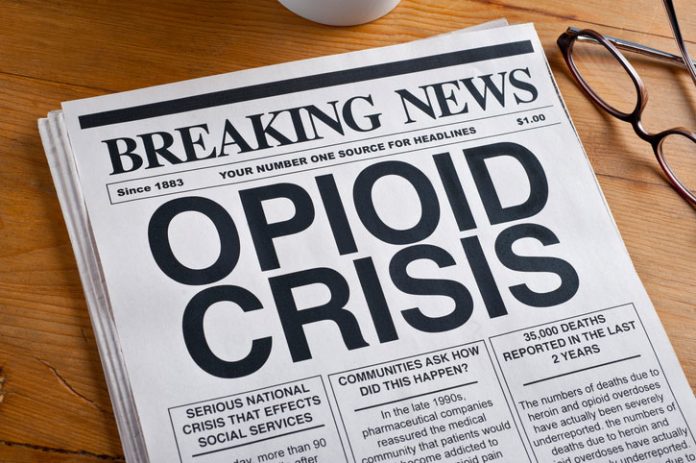 Major funding help is on the way for local communities, impacted by the  opioid crisis.

And that includes Teller County and area municipalities, expected to hit the opioid settlement jackpot of possibly $1 million-plus a year. This is part of an initial $400 million package Colorado is expected to receive from the agreement, monies that will be distributed to 19 regions.

For the last two weeks, elected leaders from Woodland Park, Cripple Creek and Teller County have signed lengthy memorandum of understanding agreements, as part of their earlier efforts to join a lawsuit against major drug companies, accused of creating the crisis. A settlement agreement has now been reached, with big financial benefits for the local area to curb a drug epidemic that has taken nearly 1,500 lives in Colorado on an annual basis. The drug companies targeted so far in the settlement pact are Purdue Pharma, McKinsey & Co, Johnson & Johnson, Amerisource Bergen, Cardinal Health and McKesson.

The settlement monies are expected to increase, according to legal experts.

“We are pleased to inform you that the Colorado Department of Law has come to an agreement with Colorado’s local governments for distributing opioid settlement and recovery funds to local counties and municipalities,” stated Colorado Attorney General Phil Weiser, in a letter sent to impacted local governments, including Teller County, Cripple Creek and Woodland Park. “(The attached memorandum of understanding) is the product of a lengthy and complex negotiation between the Attorney General’s Office, Colorado Counties, Inc., the Colorado Municipal League and many negotiating local governments detailing that distribution process. “

Weiser cited an initial payment of $400  million to both the state and local government “to abate the opioid crisis.” But in order to maximize the benefit package, he asked for cooperation from local governments in participating in this agreement.  That request has received unanimous consent locally.

Unfortunately, the coronavirus epidemic has somewhat clouded the problems associated with opioid addiction, highlighted by a significant number of fentanyl deaths and a huge toll of drug victims in the local area.

At last week’s commissioners’ meeting, Teller County attorney Paul Hurcomb lauded the agreement, and noted this is a much improved arrangement from an earlier government-related tobacco settlement that did basically little for  local communities, which were forced to play a sideline role.  “Most of the money (from the settlement dollars) goes to local governments.  It does not look like the tobacco settlement,” said Hurcomb in assuring the county commissioners of a fair deal.

Hurcomb briefed county leaders on this lawsuit on several previous occasion. But at the time, any projections of a probable settlement appeared speculative. That’s not the case anymore, a trend that has been further fueled by major documentaries and national media reports that clearly depict the drug companies as big villains in escalating the problems.

And out of the local government portion, Hurcomb noted that the El Paso/Teller region could reap the benefits of taking in 12.61 percent. He said there is much more local government buy-in regarding the opioid settlement deal.

The details of the treatment programs, expected to be established, have not been finalized. And the memorandum of understanding pact is quite detailed, and calls for a regional council to track how the money is spent.

At last week’s meeting, Teller County Commissioner Erik Stone cited this as good news for those impacted by the crisis. And unlike more stereotype portrayals of drug addicts, he noted that many victims of this epidemic are regular people who got hooked on prescribed opioid medicines because of no fault of their own.   And once these products were taken off the market, some then pursued illegal drugs, such as heroin, noted the commissioner.  “We had a lot of people taking heroin because they could no  longer take these subscribed items,” explained Stone.

Teller County has experienced a heroin addiction menace for some time.

In an earlier meeting, Interim Cripple City Administrator Ray White also lauded the agreement, and noted that their community has a  big problem associated with  opioid addiction. He said Cripple Creek and southern Teller is expected to receive a sizeable portion of the settlement monies, even with its small population base.

A similar agreement was also signed by the Woodland Park City Council.

The next step involves  putting the projected money into active programs or treatment centers. “Opioids have been a problem long before COVID-19, and with the pressures of COVID-19,  are emerging  as an even greater imperative for prevention in our community,” said El Paso County Public Health Medical Director Dr. Robin Johnson, according to a report in The (Colorado Springs) Gazette. “These funds are a positive and welcome addition to help prevent disease, addiction and deaths associated with opioid use. We are excited to work with experts in our community to use these monies through collaboration and innovation for sustainable change.”

The details still need to get worked out. But one definable goal appears to center around establishing an inpatient facility for rehabilitative drug treatment.