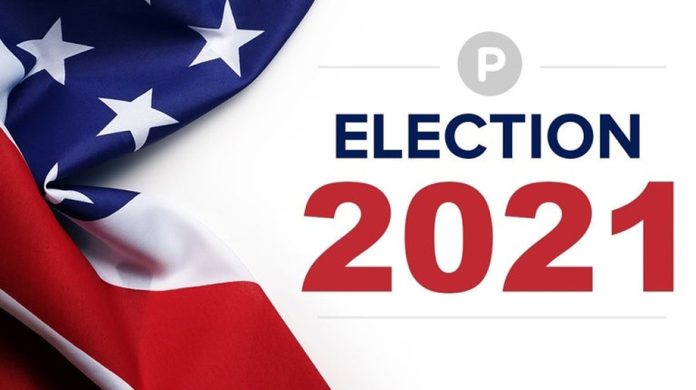 The big day of election reckoning has finally arrived and the grand finale is only hours away.

It’s now time for the talking to end and the tallying to nearly begin.

Election 2021 has reached a conclusion, with the deadline looming today (May 2) for returning ballots that will determine a score of heated local elections and tax questions and decide key state issues.

Clerk and Recorder officials in Teller County have one resounding message for registered voters and interested election participants:  If you haven’t returned your ballot, act fast. The county has three drop-off box return sites established, located in Woodland Park, Divide and Cripple  Creek.  In-person voting can continue Nov. 2 until 7 p.m. at the Woodland Park Public Library.

Officials are hoping for a big surge in return ballots today (Nov. 2),as the preliminary pre-election day numbers have been much lighter than expected.  According to Stephanie Kees, deputy clerk for Teller County, only 3,205 ballots had been returned by Thursday afternoon, out of nearly 18,300 mailed out.

Kees said she was surprised by the low early-ballot return numbers, in lieu of several highly contested races. However, she is hopeful for a final ballot surge.

In fact, Teller residents are known as procrastinators, when returning mail-in ballots, especially for off-year elections. Plus, most voters are opting for the drop-off box system, according to Teller County Clerk and Recorder Krystal  Brown, instead of using the mail option.

Plus, several state ballot issues will be decided.

Out of all of these races, the Woodland Park School Board races have attracted the most attention, with a huge volume of candidate letters received by TMJ News, as a record nine contenders are vying for four positions.  This is the first time in years the district has even sported a competitive election.

Similar to other parts of the country, a huge interest has exploded in school board election affairs, sparked somewhat by concerns over parental choice rights, the critical race theory debate and academic focus issues, declining school district enrollment numbers and the actual structure of the board.  In addition, concerns over mask mandates and future COVID restrictions have added to the fight.   In Woodland Park, two opposing  slates of candidates have rallied together to lobby for their respective groups. One of these groups is heavily backed by leaders of the Teller County Republican Party.

The race for the school board in the RE-1 Cripple Creek/Victor District has also become somewhat more competitive than past years.

Voters in the Four Mile Fire Protection District will determine the outcome of a proposed tax increase for operations and continued service.

Lower Ute residents, including voters in Green Mountain Falls, Cascade and Chipita  Park, will play a role in deciding the fate of a huge nearly $50 million bond issue for the Manitou Springs School District, with a planned slew of capital improvements, including the construction of a new middle school.

And voters will make their tallies for three state issues. One of these involves a proposed hike on taxes for retail marijuana with the extra revenue benefitting out-of-school learning opportunities.  Plus, voters across the state will decide if the residential property tax assessment they pay should be lowered.

If you haven’t returned your ballot and are an eligible voter, you still have time on Nov. 2.

The deadline for returning ballots is Nov. 2 at 7 p.m.  The county has set up drop-off locations at the courthouse in Cripple Creek, the  motor vehicle office in  Woodland Park (800 Research Drive, Ste 200) and the Divide Marketplace, (aka Venture Foods, 11115 Hwy. 24 in Divide, sidewalk by entrance).

In addition, in-person voting is available at the Woodland Park Public Library (until  7 p.m. Nov. 2). For more information about the election process, call 719-689-2951. For lower Ute Pass residents, ballots can be turned in at the Manitou Springs City Hall location.

For complete and up-to-date election results, visit www.mountainjackpot.com and visit us on Facebook. Don’t forget to vote.