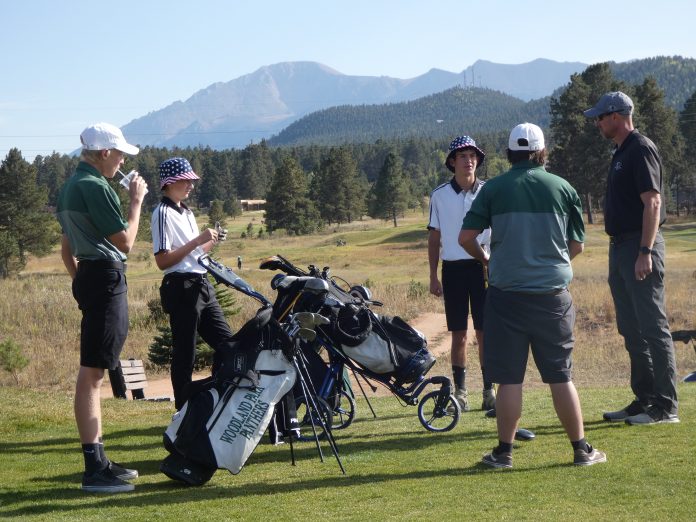 As the Woodland Park golf season wrapped up last week, the Panthers are quite proud of what they accomplished during 2021. Moreover,  they have a right to hold their heads high, well above the tall rough they usually grapple with at WP’s Shining Mountain links.

The team was crowned as the league champions this year for the first time in five years.

However, when it came to the Regionals at the challenging Walking Stick in Pueblo, the Panthers played well but their top golfer, senior Derek Eckhart, just barely missed a chance to qualify for the state tournament. Although nobody on the team made the state championship competition, the Panthers placed seventh at the regional tournament. 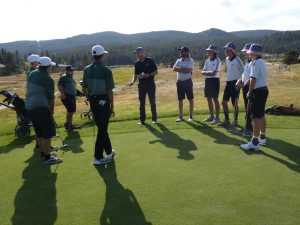 The Panther team’s success isn’t a new trend, as they haven’t finished worse than second place since 2015. The Panthers won their last title in 2016 and then they were runner-up every year up until this victorious season.

The team’s coach Brian Gustafson was proud of how well the boys played despite missing a chance at the state tourney. “Derek (Eckhart) shot 84 and he missed a state qualifying spot by a stroke,” Gustafson said. “He was really close he had a really good back nine to give himself a chance. They really improved a lot from last year to this year and had a really good season.” 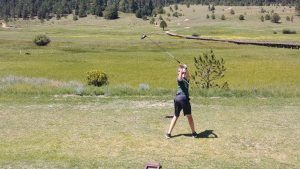 According to Gustafson, junior golfer Tanner McAfee also did well during the season, and he shot an 87 at the regional tournament. Junior Ethan Horton also had a really good season and the two juniors will be looking to continue their success next year. 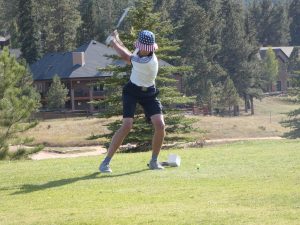 The team’s success this year could have been attributed to their hard work off season. Instead of playing other sports or doing other things during the rest of the year, the Panthers worked on their golfing games.

The golfers participated in day-to-day drills and routine check-ins from coaching staff. They also played matches in the Pikes Peak Junior Golf Association. 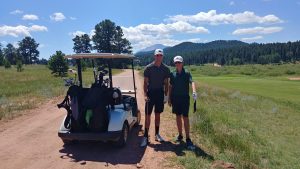 One major factor that helps the team every year is the fact that the local Shining Mountain Golf Course lets the high school players practice on their course for free. In fact, during the summer time, several high school golfers can be seen on the course almost every day.

Shining Mountain is renowned for its narrow/tight fairways and landing areas, compared to the other course they compete on This gives them a good chance to hone in their accuracy.

But being a different type of course than they normally compete on, the Panther must adjust their game slightly when they play on drier, faster courses.

That was especially the case at Walking Stick, which sports scary-fast putting surfaces. Balls there almost move when you breathe on them, according to some TMJ insider reports.

Every year the golf team starts playing earlier than other sports with their first tournament taking place in early August. And, they have one of the shortest seasons as they only compete for two months every year.

Last Thursday after their regional tournament on Monday, the Panthers held their last practice where they participated in their annual inter-squad competition coined the Panther Cup. Then on Monday, they partake in a scramble tournament just for fun to officially end their golfing season.

*In a special side note, TMJ News  also could have helped contribute to the team’s success. Last year the two staffers played on a team with Eckhart and McAfee during a tourney for the Woodland Park Football team. It is safe to say that the two WP team golfers could have been motivated because they don’t ever want to be as bad at golf as the two TMJ representatives. They learned the types of swings that didn’t want to replicate, and got a dose of stray lands not conquered by the human race yet due to TMJ-inspired tee-shots.  Their antics of lost balls were only rivaled by former TMJ webmaster and photographer Charlie Chambers.

This is a familiar trend for the TMJ members.

Actually, last week during a golf outing this reporter inadvertently tried to attack TMJ Editor Rick Langenberg with a badly hooked golf swing. Luckily, Langenberg’s quick, cat-like reflexes came into play as he promptly hit the ground when he noticed the ball flying towards him. 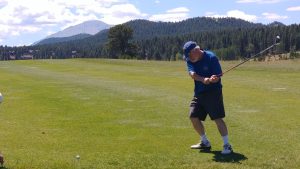 Maybe McAfee and Eckhart would be open to giving Trevor some golf lessons during their off-season this year.