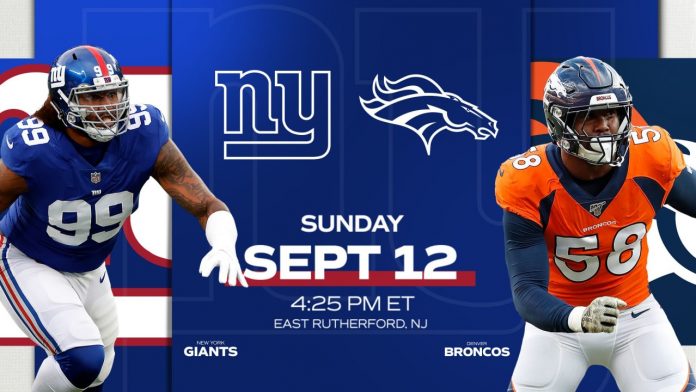 Excitement and apprehension build as the first game of the 2021 Bronco season begins with a road game against the New York Giants this Sunday.

The betting gurus and NFL talking heads are all over the place trying to figure out who wins this one. The online betting sites have mixed predictions and are split pretty evenly on the outcome, but the slight edge goes to the Broncos winning. The average line is the Broncos +1.

Of course, all the predictions by betting sites I’ve seen are basing their odds on last year’s stats. Big mistake. They’re full of last year’s stats and records, but they don’t take into account the return of Von Miller, Bradley Chubb, and Courtland Sutton who missed much (or all) of last season.

This is not last year’s Denver Broncos. Look at who played quarterback last year. Drew Lock played 13-games and went 4-9. Jeff Driskel played 3-games and went 0-3. Brett Rypien (who by the way was cut this year) played 3-games and was 1-2. And let’s not forget the “no quarterback” game when the whole Bronco quarterback room was sidelined by the COVID protocol and wide-receiver Kendall Hinton was thrown into the lion’s den. He didn’t complete a pass until after halftime of the Broncos’ 31-3 loss to the New Orleans Saints. All last season the offensive line was patched together with duct tape.

With “Steady” Teddy Bridgewater at the helm, the return of Miller, Chubb, and Sutton, the second year wide outs, Jerry Jeudy Noah Fant, and K.J. Hamler, the Giants don’t stand a chance.

For these betting sites to predict anything regarding the Broncos this year, they may as well shake the Magic 8-ball. They’d get the same answer every time, “Better not tell you now.”

The Giants have a new/old starting quarterback in Daniel Jones. This is Jones’ second year with the Giants. He’s been about as consistent as Drew Lock only worse. His average completion yardage is 6-yards per pass over those two years. He’s fumbled the ball 29-times in those two years. He’s going to wish he never heard of Bradley Chubb, Von Miller, Shelby Harris, A.J. Johnson, and new guy Johnathon Cooper. Cooper had an outstanding preseason with 3 sacks against the Seattle Seahawks, including a sack on a 4th and 15 play in that game.

The Giants’ biggest Achilles heel is their offensive line, which is only more bad news for Jones.

The Giants have improved their wide-receiver corp, including the addition of Kenny Golladay.

Golladay replaced Golden Tate at the number one receiver. He’s a big guy and more of a deep threat than Tate was. It doesn’t matter who the Giants have to throw the ball to. Jones is going to have enough trouble keeping himself off the ground. Plus, the Broncos secondary is one of the best since the original “no-fly zone” secondary of the Peyton Manning years.

Running Back, Saquon Barkley is perhaps the Giants biggest contributor to their offense. Barkley missed most of last season with a knee injury. While the Giants are keeping his availability for the game Sunday hush-hush, if he doesn’t go, ex-Bronco Devontae  Booker would likely start in his place, with rookie Gary Brightwell serving as the top backup.

Coach Joe Judge told reporters Tuesday that he intends to increase Barkley’s snaps at practice in the days leading up to the opener, then evaluate the running back’s status depending on how he handles physical contact.

The online betting sites are all wrong, with the exception of Sportsnaut’s ranking the Bronco defense number three in the league behind Washington’s and the Buccaneers. Only CBS sports comes close to predicting the outcome of this game, and they call it conservatively at Broncos 24, Giants 20.

With the weak Giant offensive line, Jones’ tendency to drop the ball, and a head hunting Bronco defense, this one is easy.

With the arrival of a new season, many fans are returning to the Denver Broncos corner for hopefully their first playoff bid since the Peyton Manning glory days. Plus, the NFL season is a good way to shake away the dust from the coronavirus blues and forget all the politics. Let’s have fun again for the NFL Season.

If you are looking for a great local place to check out the action, don’t forget McGinty’s Wood Oven Pub in Divide, “The Center of the Known Universe,” the sponsor of this year’s Denver Bronco preview columns.

Here are a few other predictions for the Broncos’ game opener

Overall comments for the season – “This may be the year for the Buffalo Bills. Watch out for Josh Allen.”

“Broncos should make the playoffs if they don’t choke. But lack of experience in playoff contention may hurt them in the end.”

Jon is rarely wrong with his pigskin predictions.