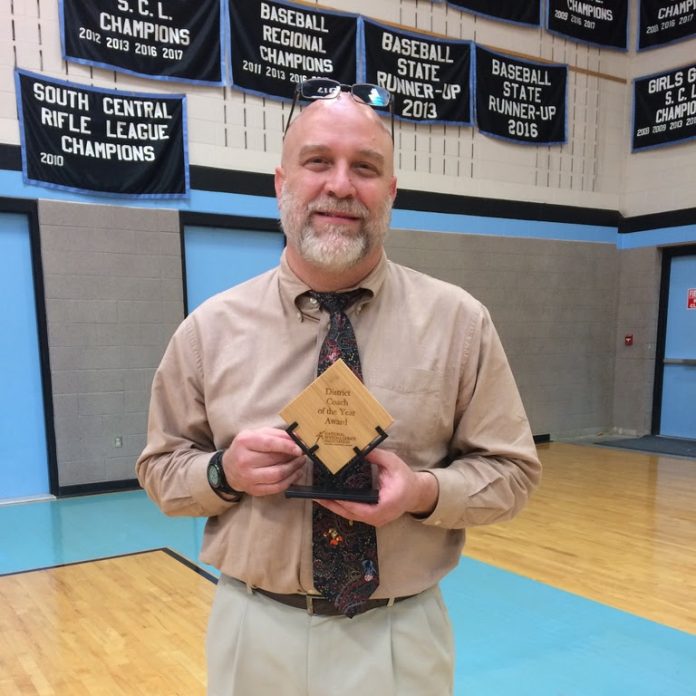 Bill Brown, teacher and Forensics (speech and debate) coach at the high school, did not attend WPHS as a student, but his four children are WPHS graduates, and they all competed on the Forensics team. Brown is starting his fourth year as a teacher with WPHS. He teaches Social Studies (AP Psychology, US History) and Public Speaking.

“I started coaching with the Forensics team as a volunteer coach in 2009. I then became the head coach in 2010.  So, I am starting my 13th year with the team, said Brown. “I was a “Community Coach” during much of this time as my full-time job was as a youth pastor. All in all, I have spent 34 years working with teenagers in one capacity or another.”

Brown, who is recognized each year as one of the top Forensics coaches and leaders in the speech and debate community in Colorado, the Pikes Peak Region and nationally, was introduced to Forensics in high school. “My parents made me take a speech class as a freshman. I fought them on that, I mean who would want to ever do public speaking,” said Brown. “The class was taught by our school’s Forensics Coach, who saw something in me and talked to my parents – together they forced me to compete with the team.” 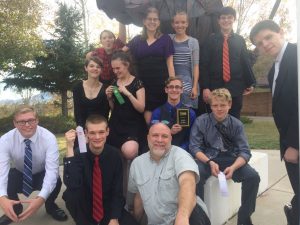 “From that point, I quickly realized I had found my calling in high school. I also played sports and did theater, but Forensics came first,” Brown continued. “I first joined the team at WPHS as a coach because I was looking to get back into Forensics and working with students here. Additionally, in 2009 my son was coming into the high school and was interested in joining the team.  At the time the team didn’t have anyone who was coaching the debate portion of what we do, and I was asked to help.”

“This is a big deal!” said Sara Lee, WPHS Library Media Specialist. “The number of students who have been impacted by Bill has been amazing, not to mention the camaraderie and the community they have built as a team. What’s so cool is that we (WPSD) have Forensics starting at the middle school level and it feeds into the high school and the students continue to high school debates. Speaking and orating make a real difference in the students’ lives.”

“Competing at Nationals for the 30th noncontiguous time is an incredible accomplishment and a testament to how hard our students and coaches have worked over the years,” said Brown. “However, the more important aspect of all of this is that for 30+ years our team has encouraged and taught students to communicate their thoughts and ideas and make a positive impact in our world.” 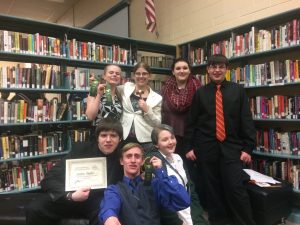 “A phrase that we often use in the Forensics world is that: “We help students find their voice,” continued Brown. “In a world that has so many people simply trying to drown out the voices of others by calling them names or dismissing their arguments as “stupid,” we try to be different.”

“It has been an incredible privilege to work with the Forensics Team at WPHS. I get to work with the best students in the building.  And remember that while the 30 years at Nationals have happened under my watch, there were many coaches before me who built the program and qualified students for those early years,” said Brown.

Brown and his wife moved their family to Teller County in 2003. Prior to living here, they were in Colorado Springs. Brown is a native of Montana and grew up in Montana and Wyoming. He graduated from Riverton High School (WY) in 1986 and graduated from college with a degree in Youth Ministry from St. Paul Bible College.

“It is a tremendous thing to attend the National Tournament once and a truly outstanding achievement to attend 30 times. Few schools can claim such an accomplishment,” said J. Scott Wunn, Executive Director, National Speech & Debate Association.

“It is only through the support and dedication of advisors and administrators that an achievement like this is possible. Woodland Park High School’s dedication to speech and debate activities is evident and your support of the activity is greatly appreciated,” Wunn concluded.

About Woodland Park School District Re-2

A Place of Becoming. Mission: Together, we embrace a culture where all learners are empowered to pursue intellectual, personal, and collective excellence.