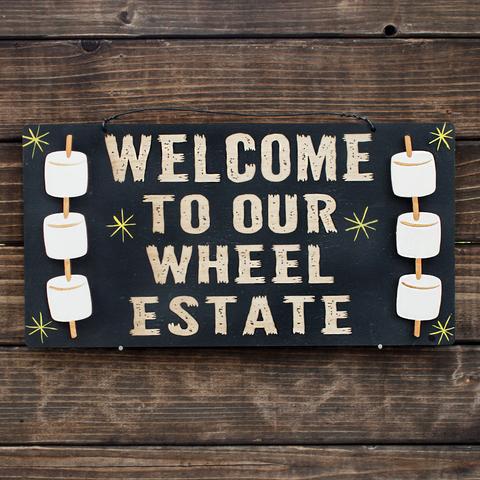 The controversial issue of allowing RV parks in Woodland Park to house recreation vehicles and campers year-round has finally reached a conclusion.

The Woodland Park City Council, in a decisive vote, has opted in favor of those who use campers and RVs as more of a permanent living headquarters, a style of life that is growing across the nation, especially among senior citizens.

This issue is a big one across the country and became the subject of a major award-winning movie, “Nomadland,” based on the nonfiction book by Jessica Bruder. This startling account traces the nomad lifestyle of more Americans who give up traditional homes and apartments to reside in “wheel estate” vehicles and campers.

The ordinance has hit the council table several times, just to get sent back to the planning commission.

During this last round, the planning commission voted 5-1 to remove the 180-day occupancy limit language and asked that council pass an ordinance to repeal the occupancy limitation.

The ordinance states that having the occupancy limit in place could cause some unintended consequences. The council determined that the language might affect the property values of the parks and have negative consequences for the business owners and those living at the parks.

During the meeting, Mayor Pro Tem Hilary LaBarre tried to clarify the issue and give some history of the subject. “I want to clarify for the citizens that this 180-day rule that we are removing is not an old rule, it was not in place the entire time these parks existed,” LaBarre explained. “It was a new rule that was going to be put in place. But once council members realized that it wasn’t in the best interest of the citizens and the businesses, they wanted to go back and re-look at this. They have now decided that they want to remove it.”

She said that she wanted people to understand that it wasn’t an old rule that was being taken away. The new ordinance was passed in 2020, but a moratorium was placed on the proposed limit, meaning it never was really enforced.

Councilwoman Catherine Nakai at first said that she wanted to send the matter back to the planning commission to clarify the distinction between short term and long-term camping in the city. She also said that she didn’t have a problem with the current business owners, but that she was worried about the future of the city when the RV parks are sold.

Councilman Robert Zuluaga said that he pushed to originally have the 180-day limit in place. But after hearing from resident concerns, he decided to remove the occupancy limit.

Councilman Rusty Neal said that he was going back and forth on the issue, but that he had not heard any public comment against taking out the 180-day limit.

However, one resident did speak up against the ordinance change during the council meeting.

Woodland Park resident Linda Martin said that the ordinance should not move forward. She said that the RV parks were going against zoning regulations by allowing tenants to stay for as long as they want. She also said that the parks should have to get rezoned to a residential classification.

“You may be affecting 20 people with your decision tonight, but you are also affecting every citizen in this town,” Martin said. “By passing this ordinance and removing the 180-day limit you are opening this community up to the possibility of having unregulated trailer parks or RV parks coming into Woodland Park on at least 12 empty properties. That affects every citizen of Woodland Park, not just these existing parks.”

Despite these concerns, the council voted 5-1 to pass the resolution and remove the 180-day occupancy limit for RV parks. Councilwoman Catherine Nakai was the only council member to vote “no” on the matter.