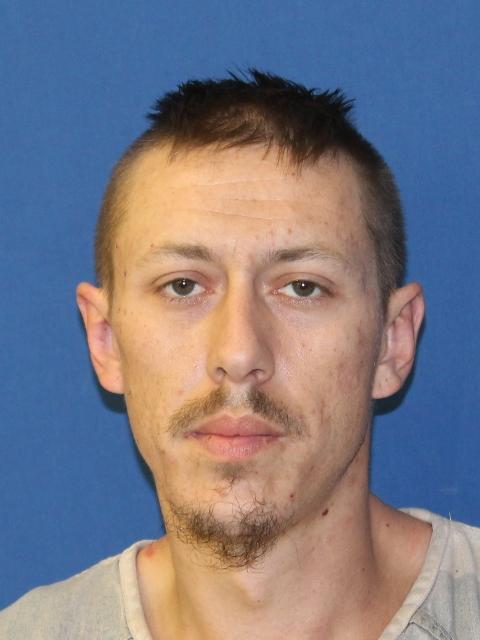 Many local residents are now relieved with the news that an escaped Teller County inmate, charged with the attempted murder of a police officer,  is no longer on the loose.

Still,  many questions remain regarding the details pertaining to the first successful jail bolt in 20-plus years from the Teller County facility. The last prison escape led to a major shakeup at the jail in Divide.

Teller County Jail inmate Chancey Colwell escaped from the facility early in the morning on August 6 and he enjoyed just over four days of freedom before getting caught in Canon City.

This created much angst among area residents, who were worried he may be hiding out locally.

According to police records, Chancey Colwell was arrested early last week on escape charges before being transported back to the Teller County Jail later that evening. During his capture, the Canon City Police Department also arrested six other individuals on charges of aiding escape and accessory to crime.

After conducting a massive multi-agency manhunt, that included the FBI, law enforcement officers caught a break when an anonymous tip came in through Crime Stoppers. The tip told Canon City police officers that Colwell was at 2014 Pear Street, a residence located in the central part of the city.

The house was owned by Danielle Hall who officers knew from previous encounters. Hall was also arrested for her role in aiding Colwell as well as child abuse. Police said that all of the individuals arrested were using methamphetamines, while there were three children present in the home.

Officers first set up a perimeter around the area and began conducting surveillance of the house to gather more information on the situation. While they were watching the house, police records say that a commander saw a woman with a toddler come out of the house and it appeared as if they were getting in a car to leave.

While the woman was getting her child situated in the car, police saw a man not wearing a shirt come out of the house and stand in the doorway. They noticed several tattoos and were able to identify him as Colwell by a tattoo of his last name on his chest.

Colwell then went back into the house and came back out wearing a bandana over his face, a hat, and a long sleeved shirt. Police said that it appeared as if Colwell was waiting for the woman to start the car so he could quickly jump in it and leave the house.

At that moment, the police commanders ordered officers from both CCPD and the Fremont County Sheriff’s Office to converge onto the house in an attempt to keep Colwell from leaving. Their goal was to push the escaped inmate back into the house to ensure the safety of the woman and toddler in the driveway.

While the officers were approaching the house, Colwell ran back into the residence before jumping out of a window on its west side. The inmate on the run fled south of the house through a field and jumping over several fences.

After a brief struggle and a minor use of force by the law enforcement agents, Colwell was taken into custody. They then searched him and found a cell phone which police say is proof that he had help with his escape.

After questioning the other six people in the house, police said that all of them knew that Colwell was wanted for escaping jail. Hall told the police that Colwell showed up at her house Monday at midnight with a man she only knew as “Charles.”

Details of the Jail Escape

According to Teller County Sheriff Commander Lad Sullivan, deputies were able to figure out exactly how Colwell was able to escape, while he was on work detail overnight at the jail. But officials are declining to go public with this information.

“For security purposes we are not going to release that,” Sullivan said. “We don’t want somebody else to try to do the same thing.”

Sullivan said that deputies do not know how Colwell was able to get from Divide to Canon City. The commander said that Colwell is currently at the Teller County Jail and he is in “administrative lockdown.”

Canon City Police Chief John Schick told a local news station that Colwell was “stupid” to return to Canon City because everyone knew him there. And the fact that he was well-known in the city was ultimately what led to his capture.

However, Commander Sullivan has a slightly different view.  He believes that returning to his hometown was not unexpected.

“People say, ‘why didn’t he go to Denver?’”, he explained. “But when someone is on the run, they don’t know anybody in Denver that they trust, they don’t have any money or anything. So, typically they like to go back to where they think they can get help.”

Just prior to his jail escape,  Colwell was sentenced to 34 years in prison for leading police on a long chase from Canon City to Victor where he shot at officers. Colwell now will go back to court to face escape charges and unrelated assault charges from Fremont County.

According to an article in The (Colorado Springs) Gazette, some prison experts are questioning if policy or management changes should occur at the sheriff’s agency, resulting from the recent escapes. But Sullivan, who recently was promoted to the commander of the Teller County Sheriff’s Department, has defended the actions of his current staff and isn’t supporting any management changes. But the incident is still under review, according to officials.

First Jail Escape in 20-plus Years

The last time a successful jail escape occurred in Teller County was more than 20 years ago, when an inmate, charged with murder, actually walked out of a door not fully closed, but didn’t get very far.  He collapsed from an asthma attack in Divide.