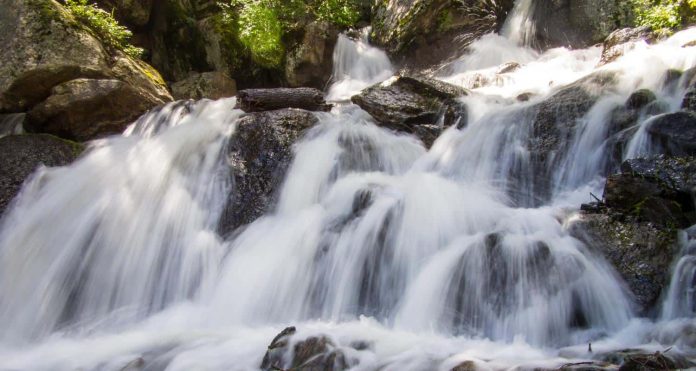 Negotiations are still occurring between officials and impacted property owners regarding the re-opening of the very popular Catamount Trail in the Ute Pass region.

This trail is often regarded as the crown jewel of the Green Mountain Falls’ trail system, and one that attracts thousands of visitors every year. It offers a rare, scenic trek to the North Slope reservoirs of Pikes Peak, the type of hike not experienced in many parts of the state.

The closure stems from a dispute cited in a public meeting last spring that apparently never got resolved.

That’s the bad news. The good news is that hikers and visitors can still access such prime destination spots, such as the Garden of Eden Meadow and the Catamount Reservoirs. It just will take a little more huffing and puffing.

According to Green Mountain Falls’ officials, access to these spots and more can occur through an alternate hiking route, opened about five years ago.

“While a portion of the Catamount trail remains closed due to the property dispute, the Garden of Eden, Catamount Reservoir, Thomas trail and Catamount Falls are still accessible. To access the Garden of Eden and Catamount Reservoir, hikers should hike up the Mt. Dewey trail; connect to the Bratton trail; then connect to the upper portion of the Catamount trail which is not disputed. This will add approximately two miles to the hike,” said GMF Town Manager Angie Sprang in a press release.

“The Thomas trail and Catamount Falls may still be accessed via Hondo and Belvidere Avenues. Please respect the closure signs that have been placed on Catamount trail and do not hike that portion of the trail.

Town Administration is working diligently to resolve this matter as soon as possible. More updates will be made available via future press releases as information is available.” 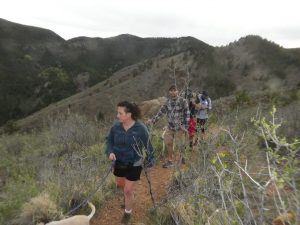 The latest update offers some relief for area hikers who have been frequenting GMF on a growing basis to tour their 13-mile-plus trail system. This hiker surge took off last year during the COVID-19 pandemic, with Colorado Governor Jared Polis advising residents to stay safe by doing social distancing and enjoying outdoor recreational amenities, such as local trail areas and parks.

At one point, town officials mulled the possibility of closing all of their hiking trails due to the massive increase in traffic, with an unprecedented infusion of hikers and outdoor buffs, causing some conflicts.

The popularity of the trail system ultimately led town officials to embark on a more managed parking system, with parking fees for long-time visitors.

This program, which just started this summer on the weekends, has achieved mixed reviews.

The closure of the Catamount Trail has added some confusion with conflicting sign messages. But town officials stress they are trying to resolve the problem.

The Mt. Dewey trailhead can be accessed in a residential area, located near the swimming pool and downtown area. But it is not an easy ascent. The Mt. Dewey summit offers a nearly 1,000-foot vertical climb. It then hooks into the Bratton trail and the upper portion of Catamount.

The Mt. Dewey route, though, which offers such highlights as a spiritual platform and great views of the overall Pikes Peak region, has received stellar reviews.

Under the latest update, the stage is set for the Catamount Falls and the popular Thomas trail to remain open, along with parts of the Catamount Trail.

Property disputes are becoming a common problem regarding popular hiking destinations in the region. A similar problem occurred for the Horsethief Park trail, located off Hwy. 67, near Cripple Creek. That conflict was put on hold, with the impacted property owner agreeing to further negotiate with the U.S. Forest Service, to enable the trail to stay open through the summer.

Not a New Problem

The latest dilemma for the /Catamount route was briefly aired during a trustees’ meeting last April.

Mayor Jane Newberry warned the public of a potential problem with a property-related dispute on the Catamount Trail, citing possible legal issues.

At issue are property disputes over parts of the trail switchbacks, according to the mayor, based on comments made at an earlier public meeting. At the time, a property owner raised concerns about sections of the trail being located on his property.

Sprang responded that the GMF administration is trying to correct possible errors in the past, and the lack of official transactions not recorded. She advised any property owner who had concerns to get a survey done on their property, and the GMF Parks Recreation and Trails committee would address these issues. If needed, parts of the route could be relocated, stated Sprang.

The Catamount Trail was constructed with the help of volunteers from across the state a number of years ago during one of the most ambitious outdoor trail projects in the area.

Previously, hikers trekked up to the reservoirs from GMF in very dangerous manner by just climbing up the Catamount Falls. This route, which is still used by some hardcore hikers, is known as the Orange Dot trail.