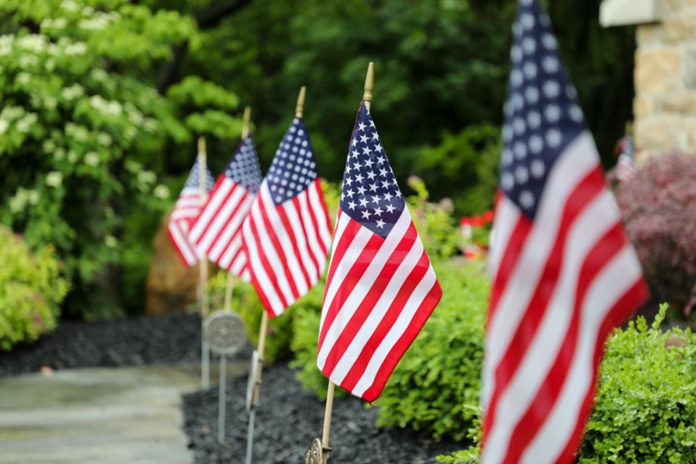 Organizers invite all Teller County residents to experience the patriotic and heartfelt “Veterans Remembrance Ceremony,” which will begin at 12:30, Saturday, August 21. Area residents are encouraged to attend this free event.

The centerpiece of the annual Salute to American Veterans Rally has always been the “Remembrance Ceremony.” This year, the 34th annual ceremony will be held in Woodland Park, in the center of memorial park adjacent to the Eric the Dixon memorial. This is a very appropriate venue as The Veterans Rally Committee made the final contribution needed to complete the Veterans Memorial several years ago.

Guest speakers include county commissioner Dan Williams and Mayor Pro-Tem Hilary LaBarre. Honored guests include Edwin Beck, World War II Veteran and American Ex-Prisoner of War. Beck was held by the Nazis for many months and eventually cut through the wire and made his escape from a German prison camp.

At 103 years young, Dr. Monica “Nikki” Agnew-Kinnaman is a World War II veteran of the British Army who was an anti-aircraft gunner and a second lieutenant who fought the Nazis during the Battle of Brittan.

A plaque will be unveiled honoring the memory of US Navy Lt. James W. Downing, survivor of the attack on Pearl Harbor. Several local Vietnam Veterans will also be honored.

The “Rolling Thunder Honor Guard” will perform the traditional missing man ceremony, Staff Sergeant Kathryn Bolcar from Ft. Carson will perform the National Anthem and an additional patriotic song, and the “Combat Hero Bike Build” crew will be presenting a custom-built motorcycle to Sergeant Corey Collins, a combat wounded amputee. The Colorado “Honor Bell” will be tolled in honor of those who made the ultimate sacrifice for our freedom. Fort Carson Chaplain LTC Ric Brown will deliver the invocation and benediction. The NORAD US NORTHCOM Joint Color Guard will be presenting the Colors. The Peterson Air Force Base Honor Guard will render the 21-gun salute, and a live bugler courtesy of “Bugles Across America” will perform TAPS.

Food and beverage will be available in the park and attendees can peruse the vendor show and enjoy live music from the Fort Carson 4ID “Mile High” band following the ceremony. Citizens are encouraged to bid on any or all of the “Silent Auction” items which can be seen in the park, adjacent to the “Official Rally Merchandise” tent. All proceeds from the silent auction benefit local Veterans in need.

Pride, honor and patriotism are the orders of the day and the organizers of this patriotic event invite all Teller County citizens to attend in support.

Residents are encouraged to bring their own chairs and arrive early for a good seat.

For more information go to www.theveteransrally.org.