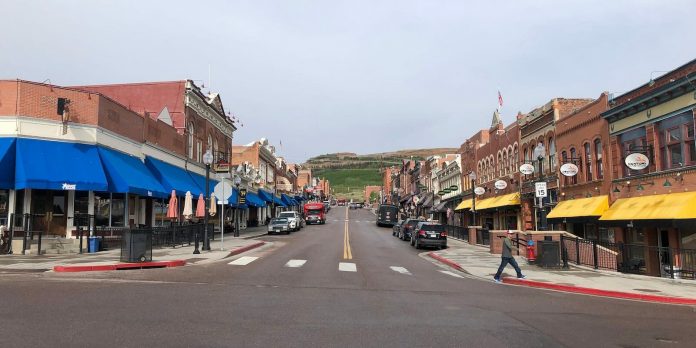 The town has featured an occasional single-family home, but nothing to write home about, putting big strains on local casino employers and employees, with the town reaching a near crisis situation.

But that scenario could drastically change in the next few years, with the town now facing the prospects of plans for 100-plus new housing units, and a variety  of complimentary new non-gaming projects.

In fact, the town may have hit a surprising and potential housing jackpot, a rare strike for communities of their size and demographics.

The main driving force appears to be a more prosperous economy and new bold pro-development ordinances introduced by the city, aimed at waving water and sewer tap fess and offering other infrastructure perks, if action is taken prior to June 2024.

For two consecutive meetings, elected leaders have been bombarded by information regarding prospective new housing ventures, sparked by the development incentives. These actions have apparently opened a few doors, with many taking advantage of this limited opportunity

Last week alone, concept ideas were unveiled for three different housing projects at various locations around town, not to mention plans for a new convenience store, condominiums, a restaurant and even a poker room.  Altogether, these plans collectively could comprise of more than 100 new housing units, more than the town has experienced in years, plus a bevy of new services.

The main interest has hinged on more affordable housing, a goal the city has strived for in the last several  decades, with limited success.

The council basically told the project representatives to submit more details to the planning staff, and the elected leaders would view these on a case-by-case basis.   Although not making any promises, the council suggested that town leaders would view requests for incentives favorably if the projects demonstrated a community benefit.

Specifically, the latest plans could be coming forth involve a workforce housing development on property owned by Century casinos, and possibly 63 other units for single-family-type homes .   These are being mulled by a development group in Colorado. Another project, involving a partnership between Maurice/Lois Woods and James Kroll, which has already been approved, calls for nearly a half dozen new homes. The effort could eventually encompass close to 30  new dwellings on 40-plus lots.

Plus, a dilapidated property area across from city hall in the downtown core may see renewed life, with plans mulled for a convenience store, restaurant, poker room and a variety of housing options, including condos.

Some of these plans have to get firmed up, but city officials say that unlike past years, more tangible projects,  with developers making solid purchases of property in Cripple Creek and investing serious money into future planning prospects, are occurring.

“This is a very positive sign,” said interim City Administrator Ray White. He conceded that the recently approved pro-incentive development package has gotten a resounding response, much more than initially anticipated. “It has generated a lot of interest,” said White.

He also cited a more favorably economic picture as contributing to a boom in Cripple Creek housing and complimentary business interest.

The advent of no limits on single-bet wagers has give the gaming communities a big plug for attracting more high-dollar players and encouraging more several-day stays. Three big casino lodging projects are already in the completing stage or in the process of nearing the finish line

Plus, the town’s gaming numbers are rebounding at a resounding rate, according to Cripple Creek Finance Director Paul Harris. “The gaming industry is bouncing back,” said Harris at last week’s meeting.

He  cited betting volume and casino winning numbers that have clearly beaten the figures of the industry’s pre-COVID scenario of 2019, marking the best performance since 2009.

On the downside, White stated the city now faces a tight deadline for developing a formal application process for the housing development incentives, which will be decided on a case-by-case basis.

Although the city has approved the new ordinances, permitting significant development and infrastructure perks for housing projects, the actual application details still have to get ironed out, including the benefits of each individual project. “We want to get ahead of these incentives,” said White, at last week’s meeting. “We are in a catch-up-mode.”

But in a later interview, he noted that this scenario could be a good problem to have. Past pro-incentive packages, experimented with in previous years, didn’t have that much of an impact. In addition, a comprehensive housing study, the city council approved in 2019, identified a significant housing crisis but fell short of enacting more immediate tangible, concrete solutions.

The city may unveil its detailed incentive-application system at its next meeting, scheduled for August 18.

Last week, the town took another step forward in advancing housing efforts by approving a new proposed ordinance, setting the stage for manufactured homes to be constructed as a permitted use in all residential zones within the city.

This is another sign that the city means serious business in its pursuit of more affordable housing.