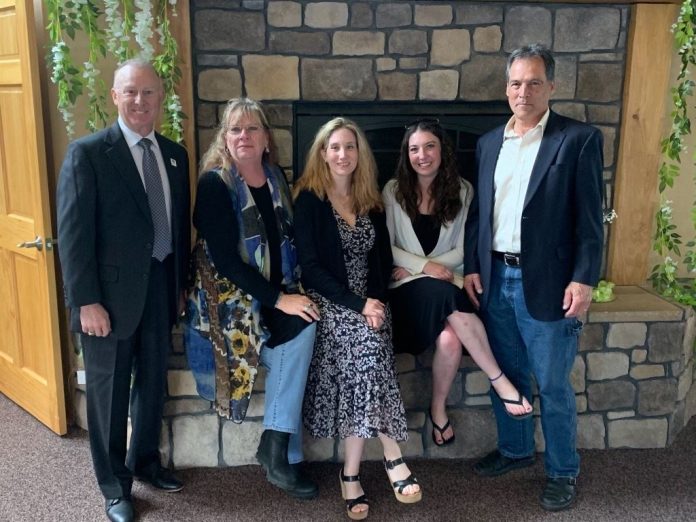 During the meeting, several citizens voiced their concerns over actions recently taken by the city council and other problems with the majority elected panel. The main concern dealt with city’s action with  DDA appointments and the picking of city council member Catherine Nakai who was defeated in the most recent election.

Former council candidate Don Dezellem led off the debate by citing specific concerns  he and other citizens have had, and contended that too many decisions are occurring behind closed doors. He said that the city has recently lacked transparency, especially with the recent appointments to the DDA.

Dezellem complained that no public comments were taken on the subject, and argued that the appointees were not interviewed by council. He said that any discussions that occurred to pick DDA members and a new council person must have been done outside of the public eye.

“We the citizens of Woodland Park have been denied information (about the appointees) by the lack of transparency by the council,” Dezellem said. “Remember the council represents the people, not the personal agendas of the council.”

Murphy  was next at bat.  The local business owner quickly came out swinging with more complaints about the council’s transparency. He questioned why Mayor Pro Tem Hilary LaBarre would not allow a resident to read a letter written by former DDA member Jan Wilson.

Before the scheduled meeting, there was a public hearing to remove Wilson.

“Transparency is the freedom of speech and there has been no transparency,” Murphy said. “My time is very important and when I started hearing rumors on the street that certain council members might think that Arden Weatherford (owner of BierWerks, who owns property in the Woodland Station area) does in fact deserve that land for free, against all constitutional barriers, I really began to rethink my position. Why am I offering up my hard work, my time, my efforts to people that help with the dis-functionality? With that in question I apologize to the board members that worked very hard and those that came on it honestly and decently without doing wrong things in the past, I wish them well. Because I am going to tinder my resignation to the DDA because I will not be involved in something of this nature.”

Former DDA member Tanner Coy, president of Tweeds Fine Furnishings, also blasted the council. His main target was  the appointments of Catherine Nakai to the council

“The appointment of a council member is a pretty serious activity,” Coy said. “That’s an important position that is typically elected by citizens. Mrs. Nakai ran and was not elected. You guys decided that to save $20,000 of public money, you would cut the public out of the decision entirely. When it came up on the agenda it was a bit of a surprise to many of us. Had we known, I’m here to tell you that myself and a handful of others would gladly pay $20,000 to save the citizens that financial burden, while affording them the opportunity to cast their vote and elect their representative.”

Mayor Pro Tem LaBarre, though, fought back and replied to some of the allegations made by Murphy and Coy and other council critics.

She maintained that the executive session in question, held before the DDA appointments, was legal. She noted that the council is allowed to go into executive session to consult with their lawyer any time during a regular scheduled meeting. This usually occurs at the beginning or the end of a council session, based on past and current trends.

LaBarre then outlined the main reason for appointing Nakai. She said that due to Councilwoman Stephanie Alfieri’s resignation (that she ended up withdrawing), the mayor pro tem made the decision to put the matter of appointing Nakai on the agenda.

“My decision was to ask council individually, not in a secret dinner, not altogether in a group, not behind the scenes, but I asked them individually if they were comfortable with that choice,” LaBarre said. “My exact question was ‘are you comfortable to going to the person who had the second most votes behind Councilwoman Alfieri (in the November election), that’s Catherine Nakai?’ If Nakai said ‘no,’ I would have recommended we move to Don Dezellem. Because the people had spoken, council didn’t speak on those choices. The public had voted on these people and had the opportunity to vet these people. Although they didn’t win, they had a significant amount of votes from the community, more than the five of us could bring and I felt that was appropriate.”

As for the appointment of the new  DDA members, LaBarre said she didn’t want to have public comment,  fearing this would open up the floor for personal attacks.

In an interview with TMJ, City Manager Michael Lawson also said that he did not think anything illegal had occurred with council’s actions. He said that he was not trying to withhold information to the public or media.

According to Lawson, the city officials were trying to clarify the large e-mail request made by TMJ News to save both the city and the newspaper money. He believes the e-mails requested would not show anything that proved illegal or nefarious conduct by city council.