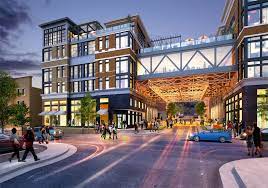 After a lengthy dormant period, capped by the COVID-19 epidemic, the city of Cripple Creek is now seeing a big boom in new proposed lodging activity and multi-family housing efforts.

That’s according to Cripple  Creek city officials. They are attributing this trend to the end of betting restrictions and prime opportunities for developers. In addition, the pend-up desire for developers and builders to now take action, following the restrictive  COVID-19 era, is accelerating.

The city is helping to fuel this effort with a new law that permits leaders to waive all sewer and water tap fees and a variety of infrastructure costs for housing projects that benefit the town.

The most recent meeting of the city council could  be described as Welcome to Cripple Creek’s Development Fever.

Interim City Administrator Ray White started off the session by announcing a positive meeting between city officials and representatives of the Triple Crown Casinos regarding a new hotel project.  “We will have yet another hotel project underway,” said White.

He noted that the revised plans should soon be presented, with the construction of the Triple Crown hotel expected in 2022.

Initially, Triple Crown proposed a fairly ambitious hotel addition, which previously got the okay of the historic preservation commission.  If the project moves forward, the town’s dream of becoming more of a destination area would score a definite home run. The Wildwood casino celebrated its grand opening of a new 101-room hotel on July 14, and work is proceeding full-speed ahead on the new Bronco Billy’s hotel and parking garage venture, called the Chamonix resort. This is expected to provide 300 more rooms, and a variety of four-star amenities.

White also described considerable interest in multi-family housing efforts. To help move developers and builders to the finish line, the council last week finalized a new law, permitting leaders to offer water and sewer tap fee waivers for certain housing projects through June 2, 2024. The purpose of the new ordinance is to “enhance residential development,” according to city attorney Erin Smith.

Smith cautioned that this would be done on a case by case basis by the city council. The waivers  have a good chance of getting approved, if the project proponents can prove a community benefit.

And to further put the icing on the city’s pro-development action, the council last week okayed the final okay for a new road vacation for the Wildwood casino, aimed at helping the casino with customer access to their new hotel and to provide better pedestrian safety.  The city also took final approval action on a conditional use permit for a new project that will allow for the construction of five new single-family homes.

Housing has been described as the real battle cry among city leaders.