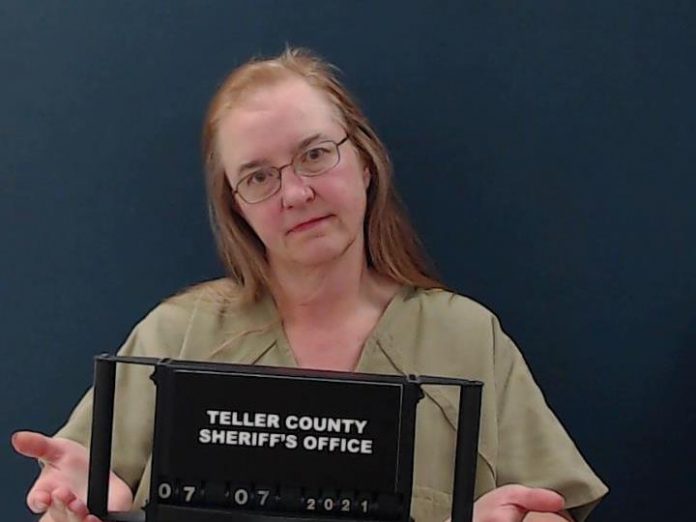 Forget about the “City Above the Clouds.” If current trends continue, we could be transformed into the Mountain City of Bizarre Crime Scenes.”

Just when the residents of Woodland Park thought they experienced enough bad news in a week (and this is even without a city council meeting), another reported  bizarre crime surfaced, and one that has rarely occurred in Woodland Park.  Last Wednesday, Woodland Park Police arrested 55 year old Victoria Quinn on a slew of charges related to child prostitution.

Quinn is currently being held at the Teller County Jail on a $10,000 bond for a primary charge of pimping a minor. Quinn is also facing other charges including pandering of a child-arrange prostitution, three counts of contributing to the delinquency of a minor, and theft of less than $50.

According to the arrest affidavit obtained by KRDO News, the situation was brought to the attention of Woodland Park Police  detectives when they met with an individual on June 24. The person who met with police reported that there was possibly human trafficking, drug use, and child abuse occurring at Quinn’s Woodland Park home.

The next day, police, with help from the Teller County Sheriff’s Office, searched the home. According to the affidavit, eight people total were living in the home including three juveniles.

While the police searched her house, they put Quinn in a patrol car without handcuffing her. While she was being detained, the arrest affidavit said that she was acting erratically and was exhibiting hostile behavior.

When police searched Quinn’s room, they found proof of drug use including logs and ledgers for the sales and purchases of the mind-altering drug kratom, seven scales for weighing narcotics, small baggies, two syringes and antidepressant pills that belonged to someone else.

After searching the other rooms, police found more evidence that drugs were being used in the house.

Other people in the house told authorities that Quinn would purchase marijuana from medical clinics in Colorado Springs and give it to her roommates to sell so that they could pay rent. Only one person living in the house had a real job.

Another person in the house also told police that Quinn purchased tobacco products for the minors living in the home. When questioned by police, Quinn admitted to giving the children marijuana and alcohol.

The arrest affidavit also said that an adult roommate was paying for sex with one of the minors in tobacco products. The investigators said that Quinn knew about and even supported the sexual acts with the minor.

Quinn allegedly even encouraged the minor to get pregnant with the adult male. Upon searching the house, investigators found three bottles of a medication to help with fertility.

The police also found pacifiers, cribs, a fake pregnancy belly and other baby items. Several months ago Quinn even posted on social media that she was looking for infant supplies saying that a pregnant teen was living with her.

Social Services was on the scene during the search, but they chose not to immediately remove the children from the home. However, one of the investigators was able to contact the stepfather of one of the children who helped them safely relocate the minors to Little Rock, Arkansas.

Quinn was released during the search after faking that she passed out in the patrol car, but was then was subsequently arrested  In 2020, Quinn was convicted for harboring runaways and was given a year of probation.