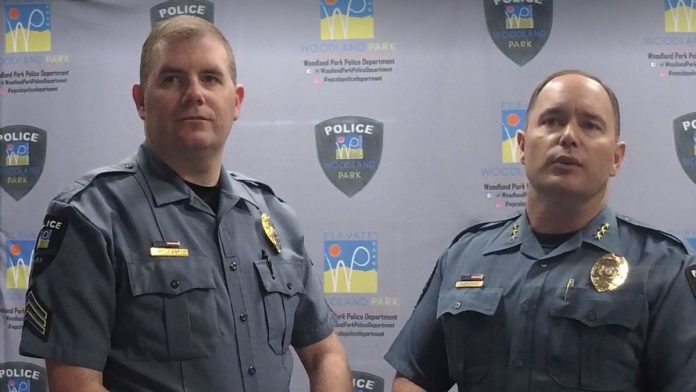 After a nearly two-month long investigation,  it was made official last week that Miles DeYoung would no longer serve as the Woodland Park Police chief, and was given a clear exit path.

According to Woodland Park City Manager Michael Lawson, he held a meeting with DeYoung last Thursday to discuss the outcome of the investigation that was conducted by a third-party consulting firm.

During the meeting, DeYoung presented Lawson a retirement letter that was dated July 1.

“It has been my pleasure and honor to be able to serve the citizens of Woodland Park and the city for the past decade, and I thank everyone for the opportunity to serve,” DeYoung said in the letter. “While I do not make this announcement without some emotional heaviness, I have appreciated my time here, and wish you all the best.”

The move came after DeYoung was suspended on May 13 due to a workplace misconduct investigation.

DeYoung had served as the city’s police chief for nearly six years before his suspension and retirement. He had headed several major investigations, including the infamous murder case of Kelsey Berreth on Thanksgiving Day 2018.  This resulted in the arrest and conviction of Patrick Frazee of Florissant.

DeYoung was only the sixth police chief in the history of Woodland Park. The two previous chiefs, Bob Larson and Mike Rulo, had long-term ties with law enforcement and the city’s police agency.

The recent third-party report, though, indicated, that the current state of the police department was “dire.”

According to Lawson, the final report of the investigation conducted by JEH Consulting, LLC noted that there were several employees in the department that were subjected to “gender bias, harassment and intimidation, particularly toward females.” The report concluded that the state of the police department was “dire.” The consultants said that the only way the situation could be improved was with the termination of DeYoung.

“Our officers dedicate their lives to protecting our community every day,” Lawson said. “They deserve to do so without having to live in fear of their own command staff. We cannot and will not tolerate gender bias or discrimination or harassment of any kind within our police department or city as a whole.”

The Pursuit of an Interim Chief

The city manager also said that he is now in the process of hiring an interim police chief. He said he hopes to have someone in that position within the next few weeks.

“We are going to first hire an interim police chief to have a senior leadership role and be a resource for the officers while we are looking for a permanent chief,” Lawson explained. “Finding a permanent police chief can take several months. We will be approaching the fourth quarter and the end of the year before we can get that person hired and actually in that seat. It is going to take a little bit of time. We are going to do a full recruitment process to make sure that we get the absolute best person for the city. But, for now we just need someone with experience to keep things stable until we find that permanent person. The folks we have been talking to have many years of experience with other departments.”

In the meantime, there is still a criminal investigation ongoing with Commanders Ryan Holzwarth and Andy Liebbrand. The two commanders were placed on administrative leave June 7, after an investigation involving them was started by the Teller County Sheriff’s Office and the Colorado Bureau of Investigation.

After a nearly a month of putting the commanders on leave, there are still no updates regarding the criminal investigation and officials are remaining mum about details.  Lawson said that he did not know when the current investigation would be wrapped up.