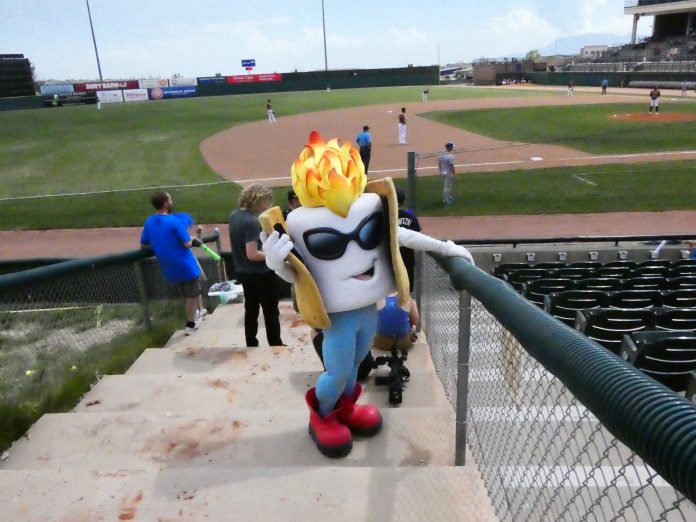 Although the Rocky Mountain Vibes started out well in the 2021 season, they have recently fallen into a slump.

The Vibes (at the time of this writing) are sporting a losing 7-16 record, but it is still early in the season.

The Vibes ended a tough home stand last Monday against the Ogden Raptors, who are one of the best teams in the league. But they were able to win two games in a row during the stand.

Last Wednesday, they hit the road to play a six-game stand against the Great Falls Voyagers. But the Vibes started the series losing their first three matches. 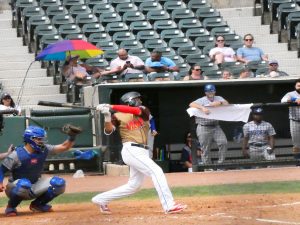 During a recent home stand against the Raptors, the Vibes started the series out losing on June 9 by a score of 8-4. But then, they came back that next day and stomped the Raptors 11-6.

During the game on June 11, they played extremely competitive baseball and hung tough, coming up  with an impressive 4-3 victory. The trend, though, didn’t continue. On the following day of play, things were going well for the Vibes at first, as they were in the lead for most of the game. But then, everything fell apart when the team had to throw in their relief pitchers in the sixth inning and the Raptors tied the game 4-4. 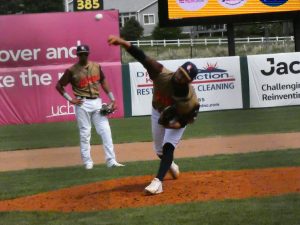 In the seventh, things got much worse as the Vibes pitching and defense just could not stop the Raptors’ hitting team. The final score was Raptors 23, Vibes 7 with the Raptors scoring 11 runs in the ninth inning.

The series continued to get worse for the Vibes on Sunday, as the team didn’t really seem to show up. The heavily one-sided match that took place on a hot Sunday afternoon ended in a devastating 25-0 loss for the Vibes. The team then lost again the next day by a 12-2 score.

Despite the Vibes’ recent slump, and their current six game losing streak, the team has already produced some players that could be future stars of the sport. Last Thursday, it was announced that Vibes’ outfielder and former San Diego Padres draft pick Alan Garcia was promoted to play for the Acereros de Monclova team in Mexico. 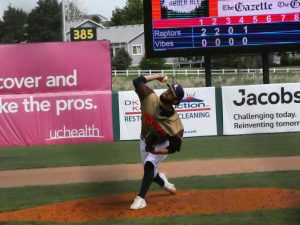 This move is the next step to Garcia possibly playing for a major league team. The promotion is one that all of the Vibes players hope for, but so far Garcia is the first and only player to move up to play for the Mexican baseball team.

The Vibes did recently change their roster and added some new players to the team. However, the team does have some players who have put up some pretty impressive statistics.

The best hitter on the team so far has been infielder Jacob Barfield who comes from Houston, TX. Barfield has played in all 23 games and has picked up 33 hits with one homerun. His batting average this season is .402 which puts him in the top ten in the league.

Outfielder Aldo Nunez also has had good numbers during the 21 games he has played. Nunez has racked up 23 hits and has earned a .333 batting average.

Infielder Edgar Salazar has also had a good season so far as he has played in all of the games, got 30 hits and earned a .326 batting average. Salazar is also tied with outfielder Manny Olloque for hitting the most homeruns as they both have smacked the ball out of the park four times this year.

For the Colorado Rockies, it is too bad they can’t play every game at hitter-friendly Coors Field.

At the time of this writing, the Rocks were enjoying a sweep of the San Diego Padres and recorded their biggest winning streak of the year, with five consecutive home victories. On Thursday, they beat the Milwaukee Brewers, with CJ Cron cracking a grand slam in the very first inning to devastate pitcher Brandon Woodruff.

The Rocks have looked solid at Coors Field, which will host the Major League All-star game for 2021. “We have got to win somewhere,” said Cron, following last week’s big victory against the Brewers. “We haven’t been winning on the road. When we come back, we feel a little sense of urgency.”

But on the road, the  Rockies have exhibited their worst year ever. They have tried all kind of gimmicks to overcome this terrible on the road bug. But this has become worse than a pandemic, an all-out curse.

Due to their dismal road woes, and a big personnel shake-up, with the exit of Rockies’ star Nolan Arenado, the Rockies are still 10-plus games behind the .500 mark, and are well back of division leader San Francisco.

Trash Talk on the Links

In golf, the focus centered around last week’s U.S. Open tourney at Torrey Pines in San Diego, the site of Tiger Woods’ miraculous win in 2008, when he won with a major leg injury, practically limping on every fairway. However, this memory is fading away due to a new rivalry and golf grudge match.

The big talk in golf has dealt with a wild feud and all-out social media war between big-hitting sluggers Brooks Koepka and Bryson DeChambeau. The two, who are probably the biggest and most muscular golfers on today’s links circuit and hit tee-shots that dazzle the imagination with their length, sometimes nearing the 400-yard mark, appear more ready for the boxing ring, with golf’s image as a gentleman’s sport taking a major blow.  “I don’t know if I would call it a conflict,” said Koepka, in a recent press conference. “We don’t like each other. There’s plenty of people you guys (in the media) don’t like.  I don’t see any difference.”

DeChambeau doesn’t disagree, but has been a little tamer in his public comments, but is quite controversial too; and like Brooks, sometimes exhibits a “chip on his shoulder” mentality.

Many fans are hoping for a head-to-head duel between the two.  The Phil Mickelson-Tiger Woods always got fans going, especially when they were paired together.