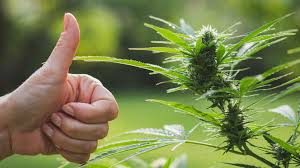 Allowing Retail Pot In GMF Could Be a Good Move

The topic of legal weed sales has once again struck the Ute Pass region.

Last week, it was reported in TMJ News that the Green Mountain Falls Board of Trustees wanted to explore the possibility of  approving recreational retail marijuana and other certain cannabis operations (such as testing, medicinal and grow options)  and taxing this revenue. This was described in a recent meeting as one key  revenue-generating possibility, as part of an overall plan to generate more monies for staffing, town operations and improvements.

A forthcoming trustees meeting will evaluate the pros and cons for opening the door to this industry. Ultimately, a ballot question would have to occur to receive marijuana-related revenue.

I, for one, think that it would be a good move for the town, especially while it is currently struggling for revenue to keeps the town’s services afloat.

The state’s revenue numbers also show that recreational sales are still going up, proving that legal pot is not just a fad that is going to fade away.

Every year since Colorado made recreational pot legal, the state has seen an increase in sales and tax revenue. Last year, marijuana sales broke a record when the state recorded $2.1 billion in pot sales.

This year the numbers show that sales are still increasing, and that the state may be on course to break another record. During the first quarter of 2021, the state has already recorded more than $768 million in  the sale of MJ products, including both recreational and medical.

So, I think that the timing might also be good for Green Mountain Falls to make a  move due to the fact that sales numbers keep going up every year. Now is the time for GMF and other municipalities in the region to reconsider their previous moratoriums against allowing retail marijuana sales.

In my mind, the main reason as to why weed sales should be welcomed in the Ute Pass Region is simple- REVENUE. After the coronavirus pandemic struck the region, many local municipalities have found themselves suffering to keep services at the normal level. To me, retail marijuana sales could be an easy and key solution to fixing problems, such as the increasing level potholes and eliminating city debt.

Since recreational marijuana was legalized in Jan. 2014, the state has sold over $10.7 billion of the psychoactive plant’s products. In turn, the state has received over $1.7 billion in tax revenues since 2014.

Under the current laws, the state taxes retail marijuana sold in stores at a 15 percent rate and they get 15 percent of wholesale transfers. Under the law, 10 percent of that 15 percent sales tax gets split up between the local governments where the marijuana is being sold.

And to make it even better, the law allows local municipalities to tack on more retail marijuana taxes. For example, Manitou Springs adds on an additional 6 percent sales tax on the final sale price of marijuana products.

By looking at other towns in Colorado, recreational marijuana dispensaries have been effective in attracting people. If you drive through the San Luis Valley, just about every tiny little town you drive through has at least one dispensary. This fact tells me that dispensaries can make people stop while driving on the highway, which is what people have been trying to do in Woodland Park and Green Mountain Falls for several years.

However, any time the subject gets brought up in Teller County and other parts of the region, the main argument against it has to do with the drug being more accessible for children. But my argument against that ideology is that marijuana is already available everywhere. Bringing in dispensaries will not bring in more weed, but it will bring in more revenue for local governments, and it could decrease any black market sales that could be taking place.

In this day and age, recreational marijuana has become a part of Colorado culture. The people in El Paso County are not new to the drug either.

Now is the time to get over the idea that recreational sales will bring bad things into a town or county and embrace it as a way to generate much needed revenue.