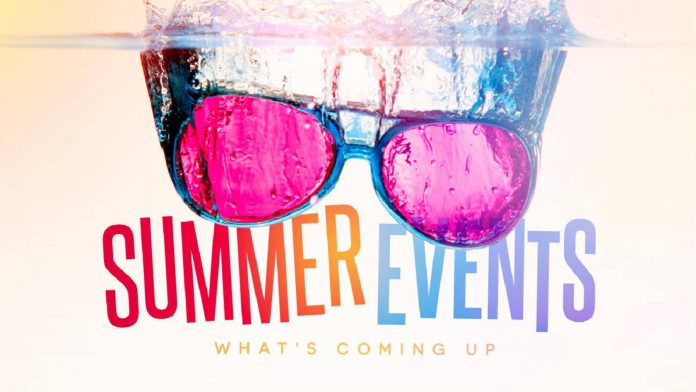 What a difference a few months can make, especially as the region climbs out of the coronavirus woods.

Last summer, with Teller County being under COVID-19 restrictions, many events in the area were cancelled or rescheduled.

This year, now that restrictions have ceased, many of the locally admired events are making a return. Well, sort of, as this return of favorite festivals is an evolving process.

Some events will still be rescheduled or moved to a different part of the county due to complications from the pandemic that has struck the country in the last year. At the beginning of the year, the city of Cripple Creek chose not to fund any of their annual events except their Fourth of July celebration due to budget concerns. This move by council prompted some events to change.

For example, Cripple Creek’s annual Donkey Derby Days event normally takes place at the end of June, but it is now rescheduled to August 14 and 15. The event will be celebrating its 90th year, but it will be scaled down a bit due to loss of funding.

This year, the street won’t be shut down and there will be vendors located in certain spots around the town. The race will still take place but it will be in a different part of the city that has not yet been announced.

Cripple Creek’s Salute to  American Veterans Rally that usually comes to town in mid-August will still take place, but with a change of venue. The rally is now scheduled to take place at Woodland Park’s Memorial Park on August 20 and 21.

Last year, Victor’s Gold Rush Days tried to wait out the pandemic and reschedule their event later on in the year. But they ended up having to cancel it for 2020 for safety concerns.

This year, the event is back on track for July 16-18 in downtown Victor. Victor is also planning to bring back their Victor Gem and Mineral Show on June 18-20 which was cancelled last year as well.

Green Mountain Falls’ Bronc Days celebration will also be held this year at its normal date on July 31. The pancake breakfast starts at 8 a.m., the parade runs from 10-11 a.m., and there will be other events throughout the day such as RC boat races and a gunfighters’ show. GMF also will  host their annual car show in mid-July and the Green Box Arts Festival will occur from June 21 to July 11.  This festival will feature the dedication to the James Turrell Skyspace project.

Other summer events have already kicked off as the weather starts to warm up. In the beginning of June, The Old Homestead Museum in Cripple Creek brought back their annual tribute to the Madame of Cripple Creek’s past Pearl DeVere.

The event was held at the museum and visitors enjoyed $1 off admission on June 5. During the day, there was special guests sharing the story of Pearl and volunteers handed out “pearl” necklaces.

Also, that Saturday, the Teller County Sheriff’s Office hosted their annual open house event at 110 West Midland Avenue in Woodland Park. The 10th annual event featured games for the kids, the Incredible Crash Dummies, and food and drinks. Sheriff Jason Mikesell, Undersheriff Stan Bishop and other staff were present from 10 a.m. to 3 p.m. to greet visitors.

Celebrating the  Fourth of July

During the country’s Independence Day this year, many local events have returned and there are new events scheduled. This year Cripple Creek will be putting on their fireworks celebration, but it will be “drive-in” and they ask that everyone stays in their cars to promote social distancing.

Woodland Park is also bringing back their Old Fashioned 4th of July Celebration for 2021. The event will take place at the city’s Memorial Park and festivities will start at 9 a.m. and run until 3 p.m. At dark around 9 p.m., the city will shoot off its fireworks from above the high school football field.

This year the Woodland Park Historical Society will also be bringing back their annual cemetery crawl. The event runs from 1 to 3 p.m. on the fourth and for $5 visitors get a chance to tour Woodland Park’s cemetery and learn about famous figures of the town’s past.

The local promotions group LO2 will also be hosting a special rock concert event at the Ute Pass Cultural Center’s Pavilion. Running from 3 to 9 p.m. the concert will include performances by Sisters of Rock, Still the Same, and Missfire.

Russ’ Place in Divide is not only planning to bring live music back on their patio this summer, but they are having their ten year celebration on the fourth of July. The eatery’s ten year anniversary was actually on April 20, but they decided to wait until the fourth to have a big parking lot party with live music.

Then, after having to take a couple of years off due to the pandemic and weather concerns, Woodland Park’s Symphony Above the Clouds will also be making a return for 2021. This year the event will be celebrating local musicians as there will be performances by the Cari Dell Trio, The Swing Factory, and Woodland Park’s Wind Symphony starting at 5 p.m. at the Woodland Park Middle School.