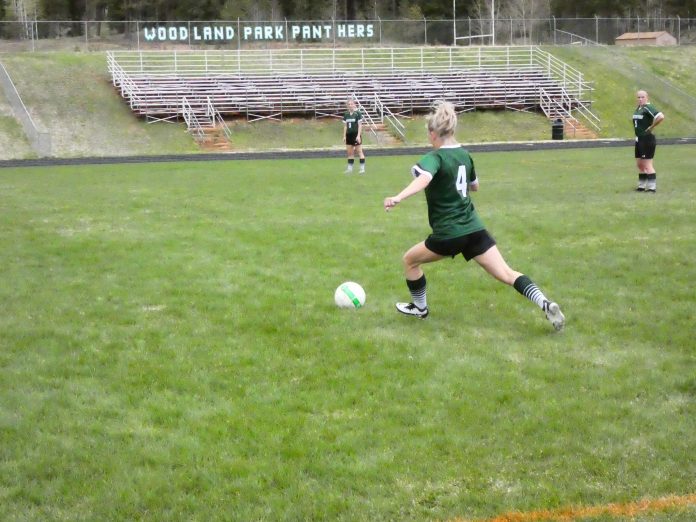 This year, the Lady Panther kickers won the prize for making the biggest turn-around among Woodland Park sports’ teams.

In fact, the WP girls’ soccer team just recently completed the best season they have ever  played in more than a decade.

The girls finished their 2021 regular season play last Thursday, and concluded with a 9-1 overall record and a 4-1 league record. The girls finished in second place in their 4A Colorado Springs Metro South league, sitting just behind undefeated Canon City, the only team they lost to in 2021. 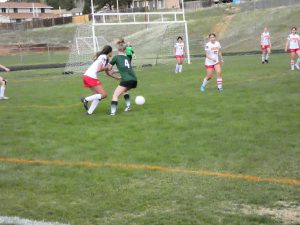 Overall, the girls ranked in the top 30 in the state.  However, they just missed a spot in the playoffs due to the way they have changed due to the pandemic.

The girls ended their regular season with two games last week. On Tuesday, they stomped the Widefield Gladiators on the road 10 to zip. Then during their last game on Thursday, they beat Coronado 4-2.

Out of the nine games the Lady Panthers won this season, five of them were won with shutouts. Three of those shutouts were 10-0, meaning that the mercy rule was applied and the game was stopped once the girls scored 10 unanswered goals.

The only game the Panthers lost this year was the road match against Canon City, where they fell short by a 4-1 margin. Canon City this season was ranked as the third best team statewide. 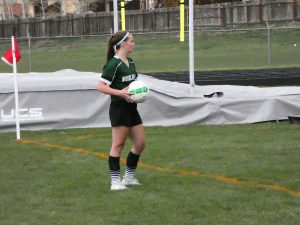 The team’s success can be attributed to their hard work and stellar defensive play. Sophomore goaltender Isabella Slocum was in front of the net during nine of the team’s 10 games. Slocum only had two goals scored against her and 54 saves. Senior goalie Chloe Robinson played in seven games and she picked up 20 saves during the season.

The team’s leader in scoring for 2021 was junior forward Morgan Berry who scored 14 times out of 56 shots. Sophomore defensive midfielder Shea Waters was next best as she made 11 goals out of 18 shots.

The team’s coach Amy Smith commented early in the season that the team was young, but very driven and skilled. Since the team will only be losing four seniors next year, hopefully the younger players can continue the team’s success in 2022.