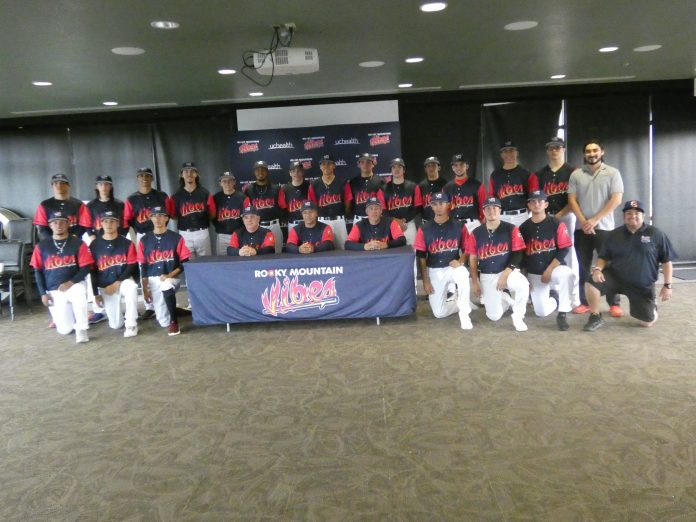 Local Baseball Starts This Week After Not Playing Last Season

Local baseball fans can now rejoice knowing that Colorado Springs baseball is back. The Rocky Mountain Vibes issued a press release last week announcing their new team for the 2021 season.

The Vibes start their season this weekend with home games against the Grand Junction Rockies on Saturday, Sunday and Monday. The team then hits the road for a series against the Billings Mustangs. Next, they travel north again to take on the Idaho Falls Chukars.

The Vibes’ next home stint occurs on June 9 when they take on the Ogden Raptors during a six game series. All in all, the team plays 48 home games this year as the season runs through Sept. 8. 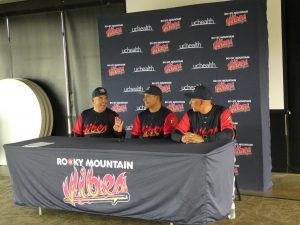 The team’s UCHealth Park features a variety of options to enjoy the game. There are 18 luxury suites, an indoor banquet hall facility and a picnic terrace with private table top seating. Fans can also take advantage of sitting back in the new Toasty’s Tavern or enjoying the open family area, which includes a variety of games and activities with outdoor fire pits where fans have the opportunity to roast marshmallows and make s’mores.

During each home game there will be a special promotion offered. The specials include Matinee Mondays, $2 Wednesdays, Military Appreciation Night Thursdays, Friday Night Fireworks, Saturday Theme Nights, and Sunday $1 Dog Day/Bark in the Park.

This year, however, the team will be structured differently than they ever have been before. The Vibes are now part of a new Major League Baseball (MLB) Partnership League. 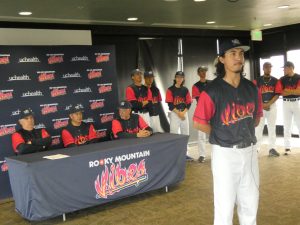 “For the first time in Colorado Springs professional baseball history, the Rocky Mountain Vibes have entered an agreement with Acereros de Monclova of the Liga Mexicana de Beisbol to host some minor league players from the Acereros this season in the Pioneer League,” the Vibes’ Assistant General Manager Kyle Fritzke said in a press release. “The Acereros will play their 2021 season in Colorado Springs and take on the identity of the Vibes.”

So, instead of being a low level farm team for a big name MLB team, the Vibe players will now have a chance to move onto playing in the Liga Mexicana de Beisbol or the Mexican Baseball League. 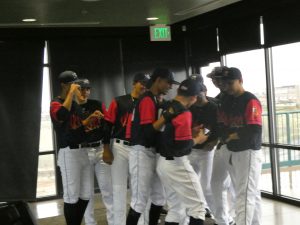 “We are beyond excited to begin a historic and what we all hope to be a very long affiliation and relationship with the Acereros de Monclova,” said Chris Jones, the new President of the Rocky Mountain Vibes. “Big thanks to Jose Melendez with the Acereros, the Elmore Sports Group and the great Colorado Springs community.”

The general manager of the Acereros de Monclova is also excited about the new partnership. “We as a club always have the vision of growth and of supporting [our players] in their development, with the break of last season and the current one in our development leagues, we were fortunate to find the opportunity to play them in this renowned league partnered with Major League Baseball.” Jose Melendez, GM of Acereros de Monclova stated. 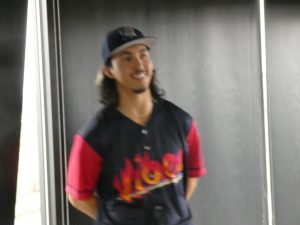 The Vibes also recently announced some changes to the rules for the 2021 season. With the new rules, the hitter can now appeal a decision to the base umpire in a check swing strike decision when he feels the home plate umpire made a mistake. Previously, only the pitcher or catcher could ask for an appeal.

The new league is also planning on adding an umpire to help the officials with coverage of fly balls, check swings and double plays. Before, the Pioneer league only had two umpires on the field, now they will have three.

The other major change to the game is that there will no longer be extra innings to avoid excessive strain on their pitching staffs. Tied games will now be decided with a head to head “sudden death” home run duel.

Under the rule, each team designates a hitter who receives 5 pitches, with the game determined by the most home runs hit. If still tied after the first “Knock Out” round, another hitter is selected for a sudden-death home run face-off until a winner is declared.