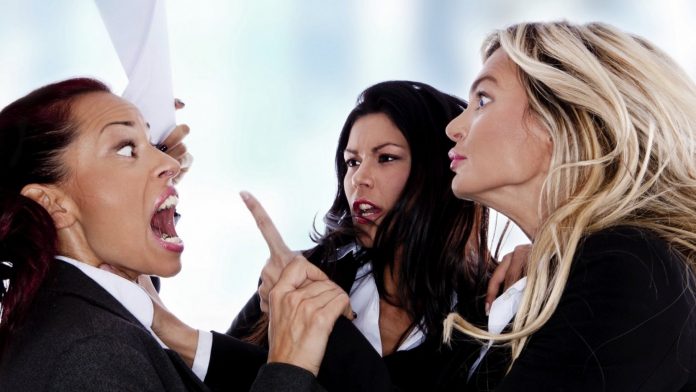 It’s now apparently time for the spouses of former elected leaders in Woodland Park to join the charade of verbal gunfire that dominates each session.

During the public comment portion of  a recent meeting, the Woodland Park City Council heard from former Mayor Neil Levy’s wife, Paula Levy, and the wife of Councilman Jim Pfaff, Myrna Pfaff. (Jim Pfaff recently resigned, but was present and served as a councilman at the most recent council meeting.)

Paula Levy and Myrna Pfaff presented vastly different accounts of the situation with the Woodland Park council and the current meeting atmosphere. At time, meetings have turned into verbal shouting matches and have often lasted until the midnight hour. The current council has been split on many key issues, and has been regarded by some critics as an extremely dysfunctional governing body.

Paula Levy spoke first. She spent her five-minute time allotment to lament the divisive nature of the current council.

She disputed some of the negative comments made by some on council of Neil Levy’s term in office. She was critical of those people that disparaged the former mayor for showing up in his baseball jersey after coaching Woodland Park’s team.

“The comparison from then to now is disheartening to say the least. The divisiveness, the bullying, the blatant disrespect for the past and present city staff, city managers, your fellow city council members, and governor,” said Paula Levy. She especially criticized  Councilmember Robert Zuluaga for comments directed at Colorado Governor Jared Polis at a  previous meeting when he said, ‘And we all know what flag he flies.’

She shared a call she had with then Mayor Val Carr about her disappointment in the conduct of the current council. She described this conduct as, “an unbelievable embarrassment allowed in these so-called professional meetings.”

Myrna Pfaff also spoke and presented a different portrait of the tense atmosphere at council meetings. She defended her husband (former Councilman Jim Pfaff), and rebutted some of the criticism leveled at him.  Jim Pfaff was often critical of former Mayor Neil Levy and previous City Manager David Buttery.

She explained that Jim Pfaff was not sent here by the Heritage Foundation, as some have claimed. Moreover, she stated that they do live here (some have claimed Pfaff’s run for council is invalid as he was not a resident of the city one year prior to running.) She said the couple had to close their business (Fit Nutrition) due to the pandemic and that it is not illegal to have a home out of state to be on council. (They own a home in Indiana, as well as living in an RV in a park in town.)

In other Woodland Park government news, the council recently heard a presentation by Steve Robb and his partner Susan on the construction of a World War Two memorial in Victor to honor Teller County veterans who fought in that war. The memorial will be built sometime this summer.

Council was asked to donate funds for the project. Elected leaders from other local municipalities, such as Cripple Creek and Victor, have contributed to the cause. But the Woodland Park City Council did not make a decision.

Several appointments were also up for grabs. Mike Nakai applied to fill a vacant seat on the planning commission, but was rejected after scrutiny from Councilman Robert Zuluaga and Councilwoman Stephanie Alfieri over his past opposition on a couple of property rights’ issues. The vote was 4-2 against this appointment.

The WP Council also approved a new Fermented Malt Beverage off Premise Liquor License for CF Altitude,  located at 20421 East Hwy. 24. Plus,  they okayed another hotel & restaurant liquor license for Serrano’s Food Court LLC, dba Serrano’s, located at 1079 East US Highway 24 in the Safeway shopping center. The latter license was pending for some time, and was delayed by the coronavirus epidemic. Neither of these liquor licenses received any objection from the public or by members of the council. They were approved by the council unanimously.