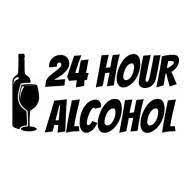 Cripple Creek casino patrons and guests won’t have to worry about last call any longer.

During a council work session last week, casino representatives met with elected leaders and staff to discuss how operations within the city could return to normal. On April 16, Governor Jared Polis ended the COVID-19 restrictions dial and gave power to local governments to determine what restrictions would be in place.

The council, similar to the stand taken by the Teller County commissioners, agreed to not impose any more restrictions, other than the reduced state-imposed COVID mandates, such as masks and social distancing rules.

As a result, most Cripple Creek casinos can now once again serve alcohol 24 hours a day in designated areas, a position further endorsed by city attorney Erin Smith.

One of the main items under discussion at last week’s meeting dealt  with when the city could go back to serving alcohol 24-hours a day.  About six years ago, the city established a common consumption and entertainment district that permitted participating entities to serve alcohol on a 24/7 basis.

At first, it was unclear at last week’s meeting exactly what steps the council needed to take to return to normal at a 100 percent level.

The issue of amending or repealing the city’s Emergency Resolution Concerning the Coronavirus (COVID-19) Public Health Emergency was at the end of last Wednesday’s meeting agenda. Discussion was held that clarified exactly what rescinding the emergency declaration would mean for the city.

During the council meeting, it was also discussed whether the council would need to take action in the form of a resolution, or if the city could go back to normal since the state’s regulations were repealed. It was also brought up that casinos in Gilpin County had already gone back to serving alcohol 24/7. Interim City Administrator Ray White told the council that he was waiting for clarification from the city attorney on the issue.

No more hurdles for 24/7 cocktail service

Then on Thursday, Cripple Creek city attorney Erin Smith released a statement to the administrator and city council stating that the city could return to 24/7 alcohol service immediately.

Smith stated that the city was forced to outlaw 24/7 alcohol consumption in March of 2020 due to a public health order put in place by Governor Jared Polis. The amended health order put restrictions on how late alcohol could be served.

This clashed with a previous casino effort, aimed at generating more excitement at Cripple Creek gaming establishments by allowing for 24/7 cocktail service

Since 2015, the cities of Cripple Creek, Central City and Black Hawk were allowed to serve alcohol 24/7 by establishing an entertainment district within a defined area.  Cripple Creek was actually the first gaming town in Colorado to establish a district-wide entertainment area, permitting round-the-clock alcohol sales. Most casinos became part of this district, which set up designated consumption areas.

But with COVID, the round-the-clock party-time  came to an end, with the governor’s order. However, the state has  now allowed local governments to handle the brunt of COVID restrictions.   As a result, businesses within the district will now once again be able to serve beer, wine, mixed drinks and other alcoholic beverages on a 24/7 basis, now that the state has relinquished control of the COVID restrictions.