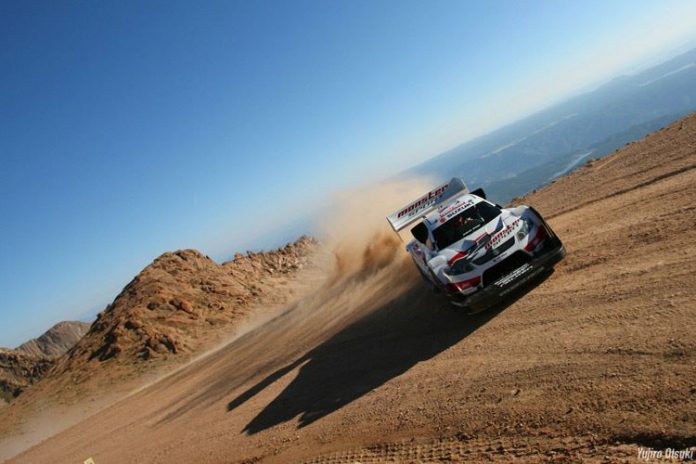 CHCA Competitions Kick Off This May

Auto racing has hit the top charts as another popular outdoor event across the country.

Every summer, millions of Americans spend their days watching these fast-moving spectacles.

Teller County is no different as hundreds of local residents every year travel across the state and participate in different racing events. Some are just spectators who want to watch a live type of auto race first hand, as opposed to sitting on their couch and watching a NASCAR event on TV.

Other people volunteer for the races or are a part of a racing team’s crew. Those seeking a real adrenaline rush spend the off-season sprucing up their motorcycles or racecars to challenge other drivers on mountain road races.

The most popular race that takes place every year in the Pikes Peak region is the famous race up America’s favorite mountain. During the last weekend of June, racers from all over the world come to race up the fourteener during the Pikes Peak International Hill Climb. This year, the race celebrates its 99th running on June 27, as most racers start preparing after the race the year before.

Through the years, many locals have challenged other racers up the mountain. The most popular race car drivers from the area are from Woodland Park and are competitors that make up the Vahsholtz racing team. The Vahsholtz family has been racing on America’s mountain for many decades, and now Codi Vahsholtz represents the family’s third generation of racers.

Leonard, Clint, and Codi are known for battling the mountain with high performance motorcycles and stock cars. Between the three of them, the family has broken several records and won many titles. Last year, Clint raced up the mountain quicker than anyone else which earned him the “King of the Mountain” title. Codi didn’t race last year due to motorcycle racing being cancelled indefinitely.

This year, the race will be returning at its normal time and fans will again be allowed to go and watch the race. Codi Vahsholtz this year will be racing the Vahsholtz Racing open wheel car that his father Clint raced last year. Clint may be racing with another big-name racing team but that has not yet been announced, and he is currently not on the ticket to race.

Also this year, many of the mountain’s international racers will be returning. Course record holder Romain Dumas announced his return to the mountain and former King of the Mountain Rhys Millen will be racing on the Bentley racing team.

Besides the Pikes Peak Hill Climb being the most popular race, there are also many locals who decide to participate in hill climbs across the state of Colorado. The Colorado Hill Climb Association (CHCA) has been a key organization serving the Rocky Mountain region since 1971.

In previous years, the CHCA schedule held races in various places in Teller County. At one point, drivers raced up Four Mile Road, located between Divide and Cripple Creek. More recently, the CHCA held a race up an old mining road in Victor. But unfortunately, these roads were eventually barred from holding race competitions, forcing the CHCA to host races in other locations across the state.

This year, the CHCA season starts on May 15 and 16 with a race at Monarch. On June 12 and 13, the racers travel to Deertrail, Colorado and race the Rangely Hill Climb. Then, on July 10 and 11, the racers return to the Salida area  to participate in the second Monarch Hill Climb.

And then, on August 7 and 8 the Land’s End Hill Climb kicks off near Grand Junction. The CHCA racing season then ends with the Temple Canyon race in Canyon City on September 11 and 12.

The races feature many local competitors that spend most of their off-season getting their cars and motorcycles revved up for a jaunt up intense mountain road.