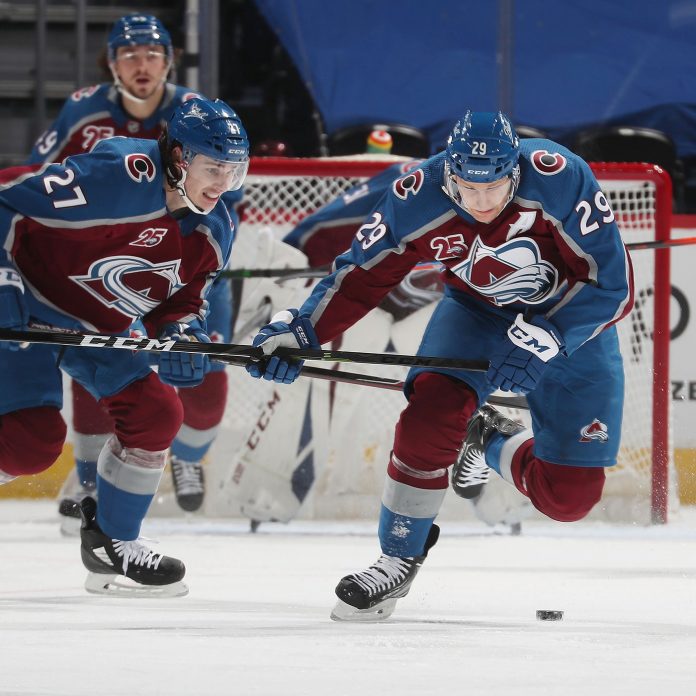 After missing their chances at the Stanley Cup in 2020, the Colorado Avalanche (the Avs) are looking for another chance at the coveted trophy this year.

And so far, the team does have a good chance at snagging a playoff spot and pursuing the ultimate championship,  if they can stay consistent.

The Avs (at the time of this writing) boasted a 20-8 record and they are in second place in their West Division. The team only sits one game behind the Las Vegas Golden Knights who are the division’s leader.

During the first part of their season, the Avs looked good most of the time but they were often hit and miss. They would win a game or two, and then hit a slump and lose a couple of games.

Once March came, the team seemed to get more dialed in and they were rated high in the NHL’s power ranking. After a win against the Arizona Coyotes in overtime on March 10, the Avs were able to pull off a seven-game winning streak.

But this  winning streak came to an end last Tuesday when they lost a close bout in single overtime to the Coyotes 5-4. The close loss came during a game where the Avalanche had to put in their backup goaltender Jonas Johansson.

Throughout the season, many have been critical of the team’s backup goal tending position, and they weren’t proven wrong last week during Johansson’s debut on the ice. However, the loss was not entirely due to the Avs having a different goalie. Johansson did make some nice saves during the game including one on Phil Kessel in overtime that kept the game from ending.

The Avs’ starting goalie Philipp Grubauer has set the bar pretty high for his backup. He has a 19-7 record and he has racked up 589 saves. He has had 44 goals made against him out of the 633 shots that have been made against him.

On offense, winger Mikko Rantanen has so far led the team. Rantanen has played all 31 games, and he has racked up 19 goals and 19 assists. Center Nathan MacKinnon has also had a stellar year with 35 points, including 10 goals and 25 assists.

This week, the Avs need to try to get a winning streak going again. On Monday, the Avs take on the 9-18 Anaheim Ducks at home who are in last place in the West Division. Then, on Wednesday they challenge the 14-14 Coyotes once again in Denver. On Friday and Saturday, the Avalanche takes on the 16-11 St. Louis Blues for a two-game home stint.

The Denver Nuggets also had a chance at the NBA Finals last year before they bowed out in the playoffs.

Many think that the Nugs have a chance to make the playoff pinnacle this year, but the Los Angeles Lakers are always a tough team to beat. And, the Utah Jazz and Phoenix Suns are leading the Western Conference so far this year.

The Nuggets look good at times, but they have a lot of catching up to do if they want to rank high in their conference this year. The team is currently sitting in fifth place with a 26-17 record. The good news is, the Nuggets are only about a game behind both the fourth place Lakers and the third place L.A. Clippers.

Currently, the Nugs are looking hot as they have won (at the time of this writing) nine out of their last 11 games. The team has had good momentum for the last month and in the beginning of March they boasted a nice five-game winning streak.

On March 21, the Nuggets lost a big one to the New Orleans Pelicans 113-108. They then redeemed themselves with a 110-99 victory during their next game against the Orlando Magic.

The team has some very strong players and their star center Nikola Jokic has been on fire lately. During their game against the Magic, Jokic scored his 12th triple-double of the season to push away and secure the victory. A triple double occurs when a player scores more than ten in at least three statistical categories such as 10 points, 10 assists, and 10 rebounds.

So far, Jokic has played all 43 games and has scored 1,166 points including 457 field goals. Guard Jamal Murray sits closely behind Jokic with 866 points and 320 field goals. Forward Michael Porter Jr. and guard Will Barton have also helped hold the team together by scoring more than 500 points apiece.

The Nuggets need to continue their hot streak for as long as they can, and hopefully, they can win some big games this week. On Tuesday, the Nuggets take on the tough 31-13 Philadelphia 76ers who are currently in first place in the Eastern Conference.

Play continues on Thursday when the team challenges the 28-16 Clippers during a must-win match. The Nugs have a few days off before they take on the 14-29 Orlando Magic at home.